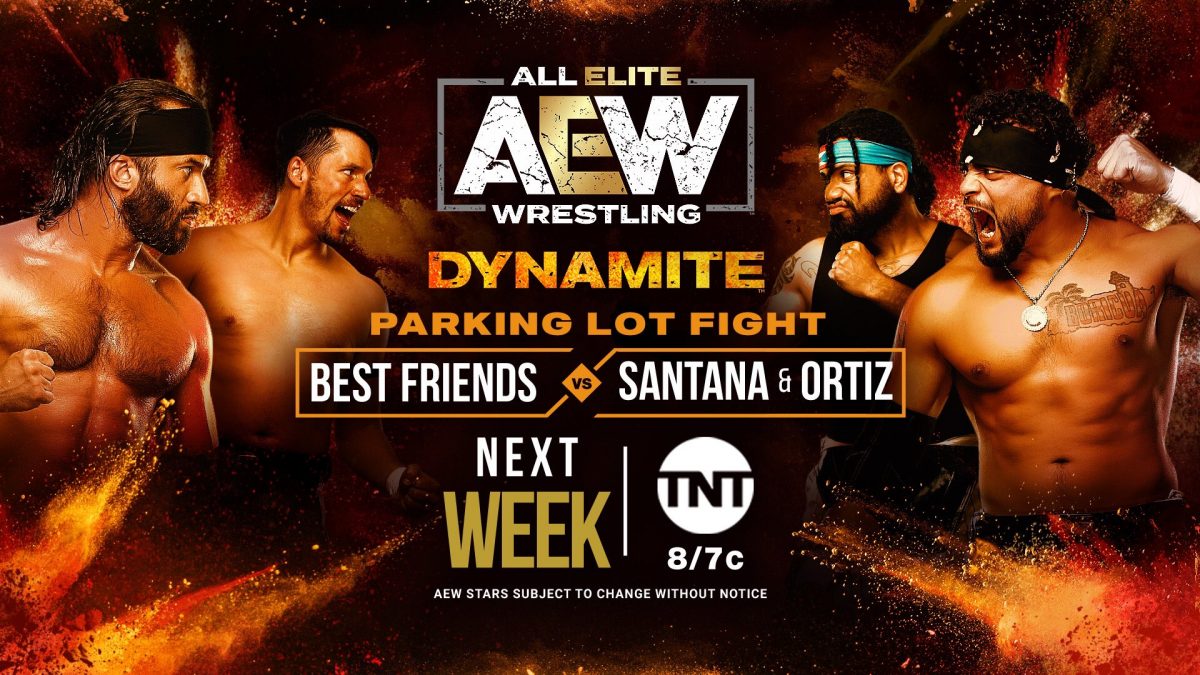 Wednesday’s episode of AEW Dynamite featured a Parking Lot Fight match between Santana & Ortiz and the Best Friends as the main event for the show.

Dave Meltzer reported on a recent episode of Wrestling Observer Radio that the original plans for the match were for Santana and Ortiz to face off against Penta el Zero M and Rey Fenix, but those plans were scrapped in favor of the Best Friends following a suggestion made by Santana.

Meltzer also reported that Jerry Lynn and Tony Khan helped put the match together with input from all four wrestlers involved. Khan reportedly also was the person who came up with the concept for the match.

Following the show, Khan stated on Twitter that the entire match was done in one take with the only editing done being the censoring of a swear word by Santana during the match.

It was all shot at once in one take. No edits other than dropping the audio on the F word. One amazing take.