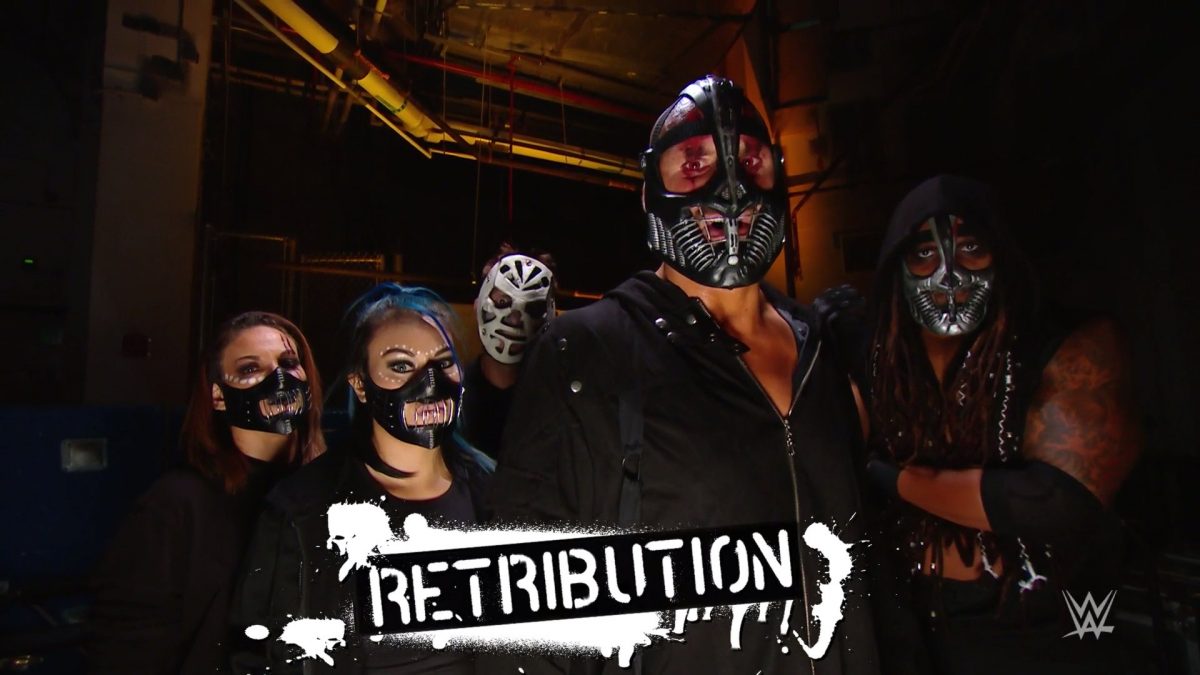 The main RETRIBUTION members (mostly) unmasked themselves tonight on Raw and said that they had been signed to WWE contracts, despite trying to sabotage the show for the past several weeks.

Dijakovic, Maddin and Thorne also made their in-ring debuts under their new personas tonight on Raw, losing by disqualification to The Hurt Business.

They were also given very unfortunate new names:

Yim and Martinez weren’t named yet.

SLAPJACK. T-BAR. MACE. #RETRIBUTION is in action for the first time ever against The #HurtBusiness NEXT on #WWERaw! pic.twitter.com/a4a6GnNUK5