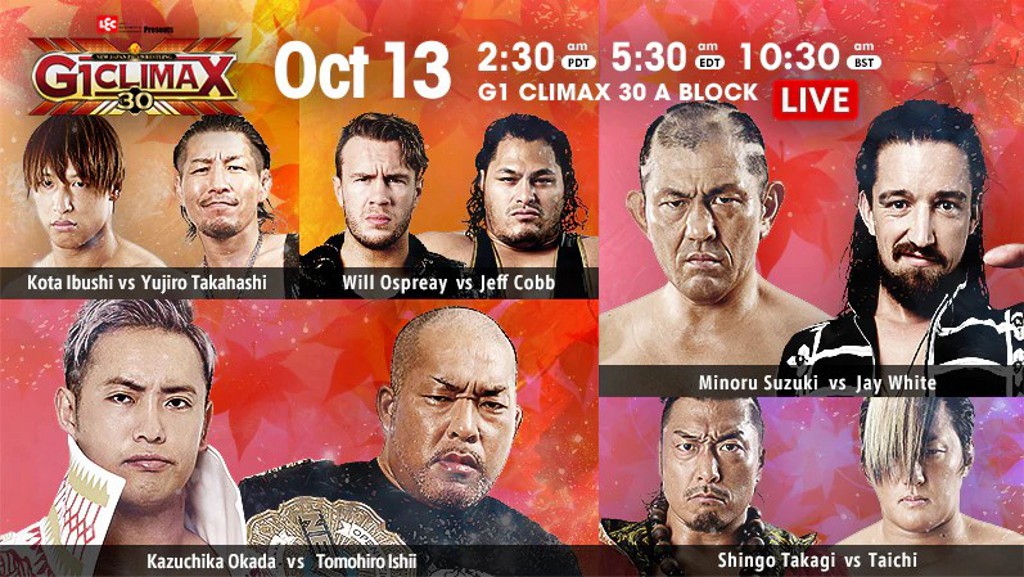 Here is the card for Night 16 of NJPW’s G1 Climax 2020 tournament, which takes place this Wednesday at the Yokohama Budokan in Kanagawa, Japan. Night 16 airs live on New Japan World starting at 5:30AM EST.

A & B Block Results & Remaining Schedule: