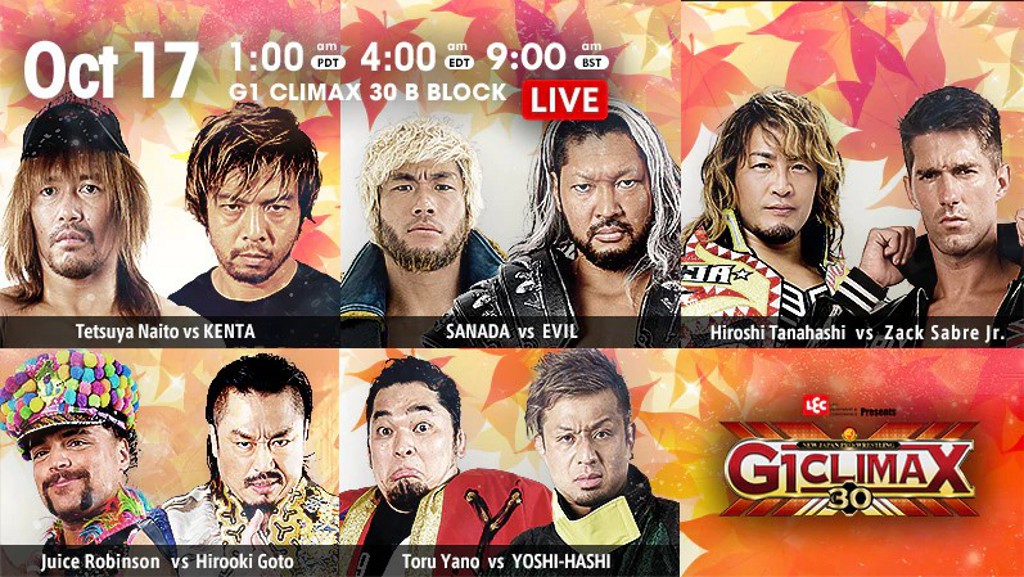 SANADA emerged victorious as the winner of B Block following his victory over EVIL and Naito’s earlier loss to KENTA.

Here is the partial card for NJPW’s G1 Climax 2020 Finals, which takes place this Sunday at the Ryogoku Kokugikan in Tokyo, Japan. The Finals of the G1 Climax 2020 tournament airs live on New Japan World starting at 2:00AM EST.

A & B Block Results & Schedule: