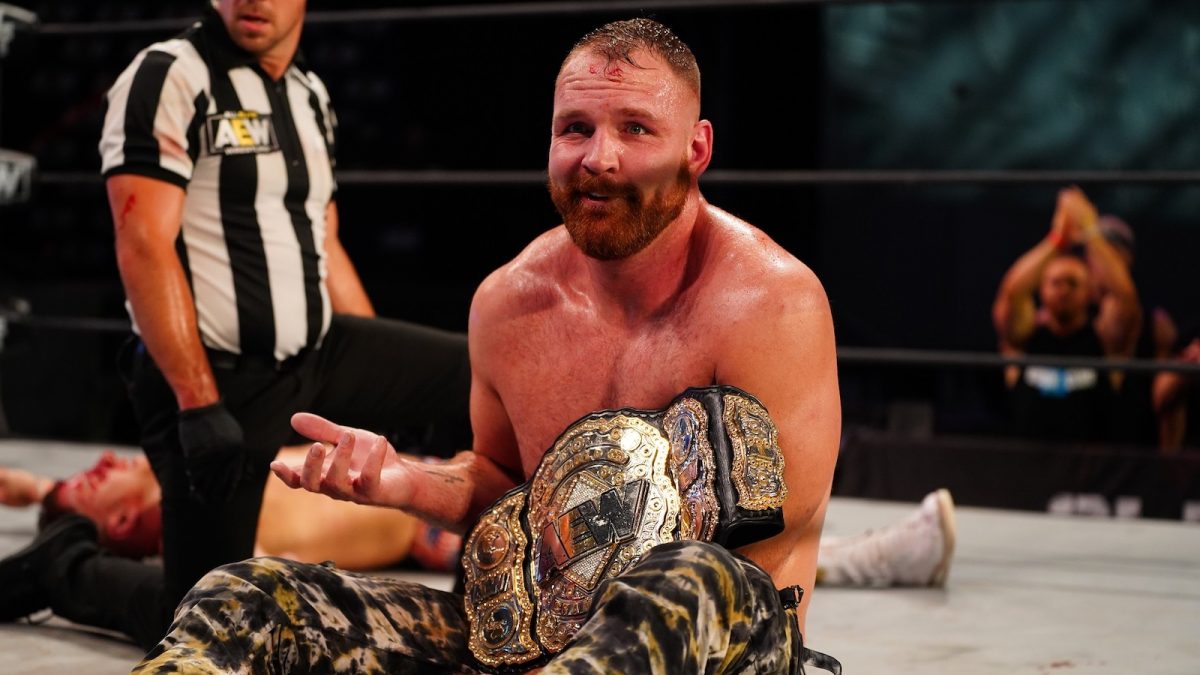 Jon Moxley Comments on Future of His Wrestling Career

The debut episode of the Oral Sessions podcast hosted by Renee Paquette, former Renee Young in WWE, had Jon Moxley as the guest. One of the topics discussed included Moxley’s thoughts on the future of his wrestling career.

“It’s the life we live and it’s part of the job or whatever. If I just kept on doing that at the same pace, I wouldn’t have lasted long. I can feel my physical window. Not that it’s closing, but I can feel the distance now. I’m not gonna say I can feel it closing but I’m aware of it now and I wanna keep it open and extend and I wanna be able to wrestle as long as I possibly can. I would like to be 50 and wrestle. If we had kids, I would like them to be able and come see me wrestle and I like to do physical stuff. So, over the next year or two, I’ll make a — I’ll just kind of see where I’m at physically and make a decision. This whole pandemic situation really changed the year and made it a lot less busy for me. But also, I’ve been having super physical matches and [I’ve] been going back and forth to Jacksonville which is a btch. Jacksonville’s a great town, Daily’s Place is a great venue, it’s perfect for what we’re doing and I’m glad that we have it. It’s a blessing that we have such a great venue to run safely in, but getting to Jacksonville to Vegas and back and back and forth is a btch. Like the west coast guys are like, ‘Aw man, this is a b*tch’ because it’s a full day of travel.”

The National Wrestling Alliance recently announced that they will be resuming airing weekly episodes on their YouTube channel starting on Tuesday, December 1st.

This return will not be the resumption of their NWA Powerrr series and instead will be the debut of a new weekly series called NWA Shockwave. This new series was stated to be featuring “matches produced in collaboration with the United Wrestling Network.”

Ring of Honor recently announced that former Pure Champion John Walters will be making his return to the company soon.

Former ROH wrestler Pelle Primeau reportedly filed a motion last month to the United States District Court, Central District of California requesting a dismissal of a defamation lawsuit filed against him by Joey Ryan, according to PWInsider. Mike Johnson reported that Primeau’s filing argues that the State of California has no legal jurisdiction due to him never living nor performing in the state. The filing also argues that Ryan’s lawsuit lacks sufficient allegations against him and Ryan’s filing of multiple lawsuits in California is just an attempt by him to avoid the financial burden of filing multiple lawsuits in proper state jurisdictions.

English-based wrestling promotions reportedly will be allowed to have limited live attendance at their events in England starting on December 2nd, according to Fightful.

Revolution Pro Wrestling recently announced two new matches and the first round of a new tournament for the card of their Epic Encounters 6 event on December 6th in Portsmouth, England: