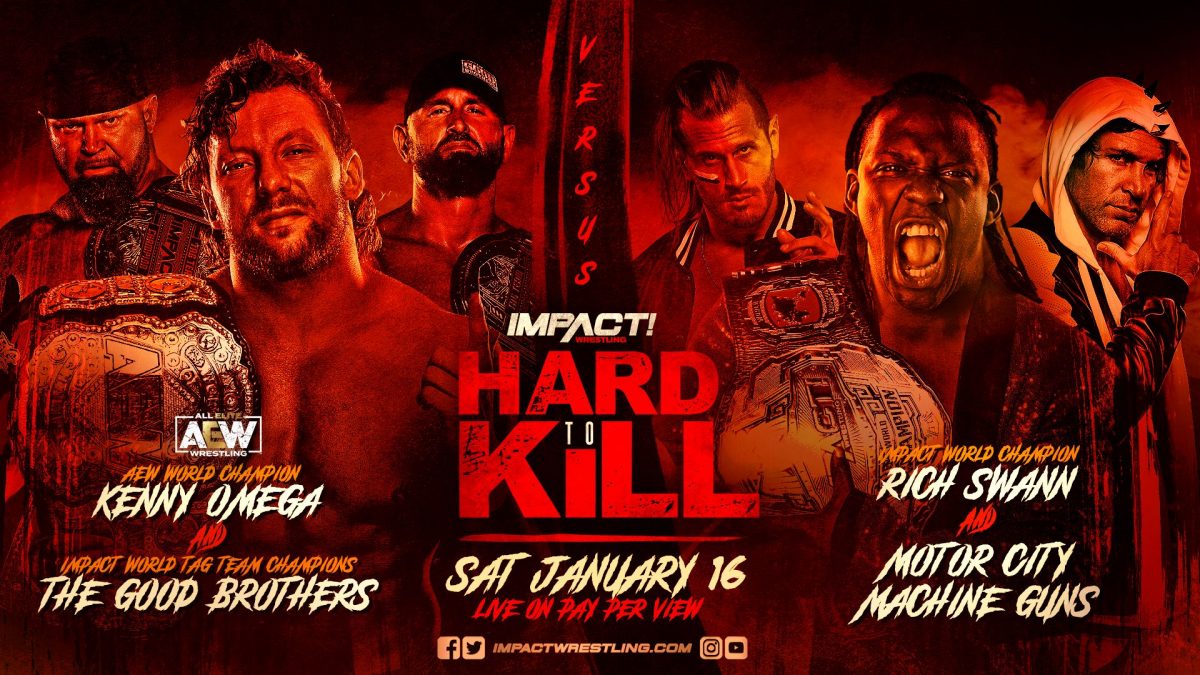 Kenny Omega will team with Doc Gallows and Karl Anderson to take on Rich Swann and the Motor City Machine Guns at Impact’s next PPV, Hard to Kill on Saturday, January 16.

Omega was back on Impact this week, first seen on his bus with Don Callis and Karl Anderson. Omega tried to pump up Anderson to take out Chris Sabin of the Motor City Machine Guns. Anderson went backstage looking for Sabin, but was stopped by Rich Swann, who told him that he should wait until his match with Sabin tonight. The two exchanged words until the Motor City Machine Guns came out to back up Swann.

Later, Omega was shown in his bus again angry about Swann for “disrespecting” Anderson, calling him “Rich the Bitch.” He said that he was “pissed off” and was not going to let Swann “run the show” while Omega was there because the show was supposed to be about Omega, not Swann. He then said, “Sorry for what I’m about to do. It’s been a long time coming.”

After Karl Anderson defeated Chris Sabin in the main event by rolling him up and grabbing a handful of tights, Swann confronted him again backstage, telling him that he doesn’t need to cheat. Anderson punched Swann in the face, but the Motor City Machine Guns came to Swann’s rescue… but Doc Gallows showed up and took them out. Kenny Omega then ran to the backstage area and nailed Swann in the head with a “wet floor” sign.