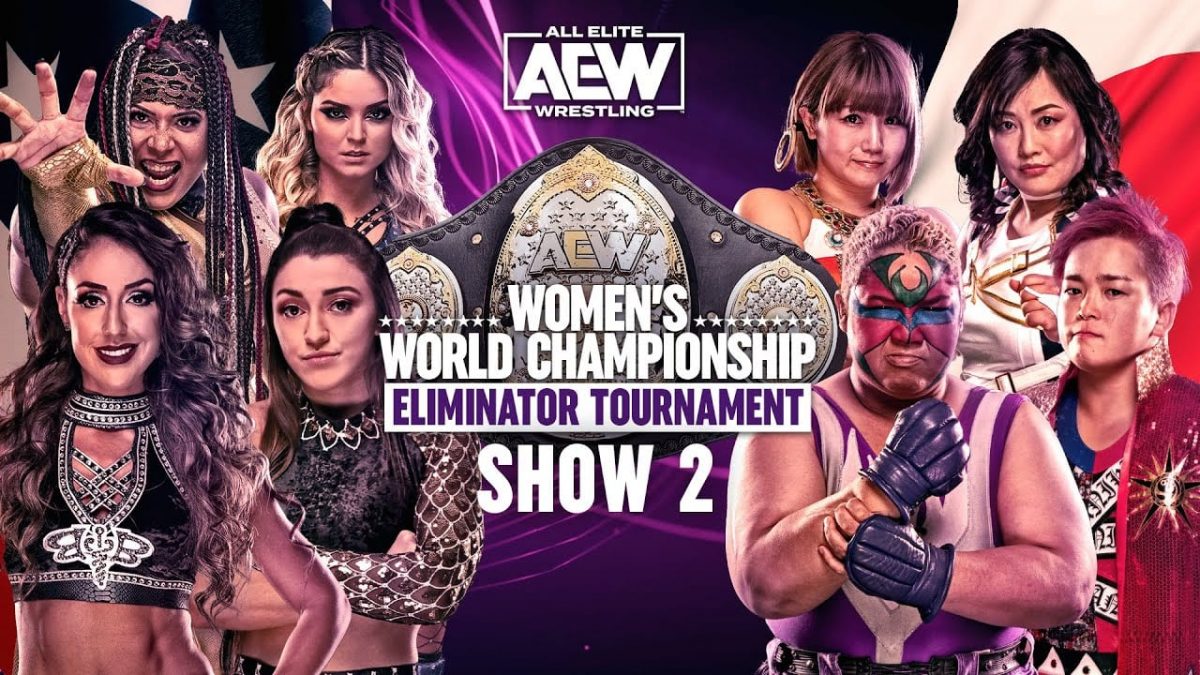 Conti gave Rose a fight, but Rose controlled most of the match. Towards the end, Rose hit Conti with a death valley driver onto the stage, but Conti kicked out. Rose then followed up with a Beast Bomb to put her away.

Two of Sakura’s students were at ringside, including Mei Suruga, who was eliminated by Sakazaki in the first round. The students attacked Sakazaki when she was tossed outside. Sakura controlled most of the match, but in the end, Sakura went for a Tiger Driver, but Sakazaki got out of it and hit a sliding clothesline, followed by a crucifix pin for the win.

After the match, Sakura and her students attacked Sakazaki, but Hikaru Shida ran out in a white suit to make the save, chasing the heels away.

This was an even match. Kong was very slow. In the end, they fought on the outside, where Kong picked up a trash can and tossed it to an unwitting Hikaru Shida near ringside, then smashed Mizunami’s head into it. Kong walked back to ringside, but Mizunami ran after her, jumped up on the middle rope and hit a leg drop on the back of Kong’s head on the apron as Kong was trying to climb back in the ring. Mizunami got into the ring as the ref counted to 10 to count Kong out.

Winner by count out: Ryo Mizunami

Mizunami will face Yuka Sakazaki in the finals of the Japanese bracket.

Reba is an artist.
pic.twitter.com/HBm2sU1yWk

Wrenkowski replaced Anna Jay, who is out with a shoulder injury for the next 6-12 months. Wrenkowski is a student of Thunder Rosa. As she entered, Britt Baker attacked her from behind on the ramp. Rebel also attacked Wrenkowski behind the ref’s back, but Wrenkowski fought back against her. Baker dominated and toyed with Wrenkowski early in the match, but she fought back and hit a facebuster, then some more quick offense. But Baker regained control and continued to dominate, hitting an Air Raid Crash for a near fall. Rebel then threw her her glove and she hit a superkick, then locked on the Lockjaw for the win.

Baker will face Nyla Rose in round 2 this Wednesday on Dynamite. 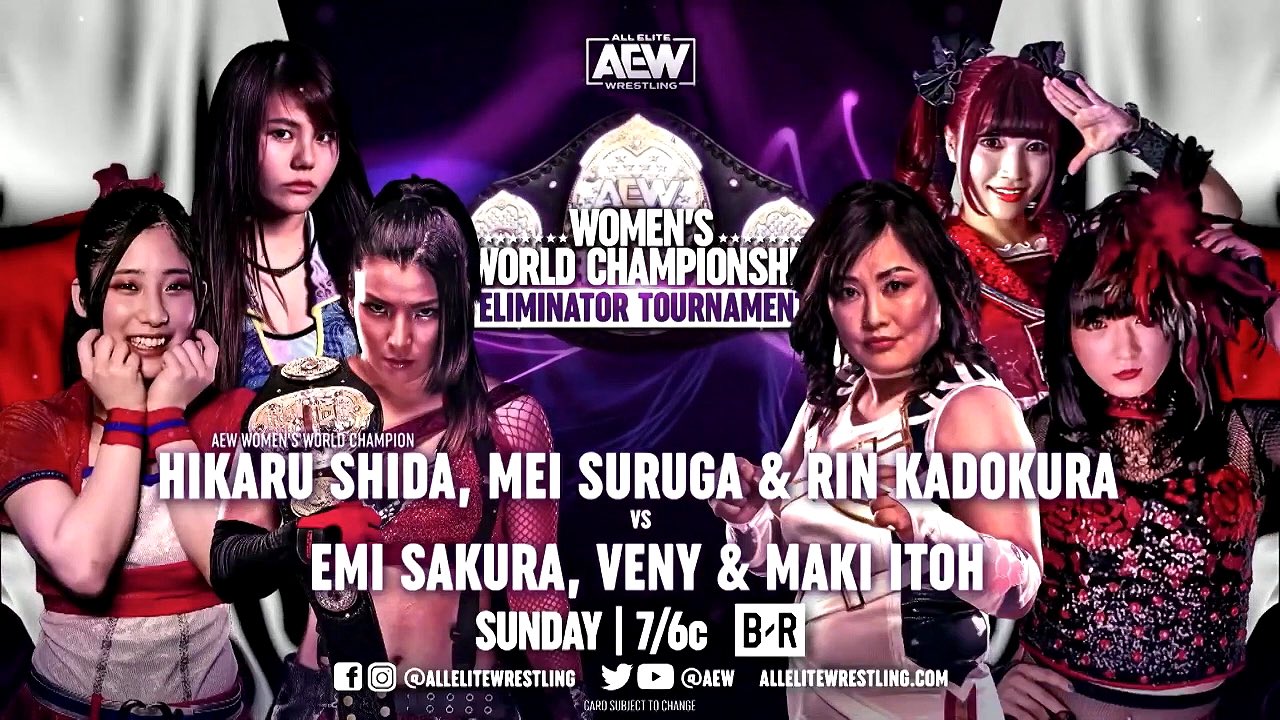 – USA Round 2: Thunder Rosa vs. Riho – Sunday at 7 PM ET on Bleacher Report 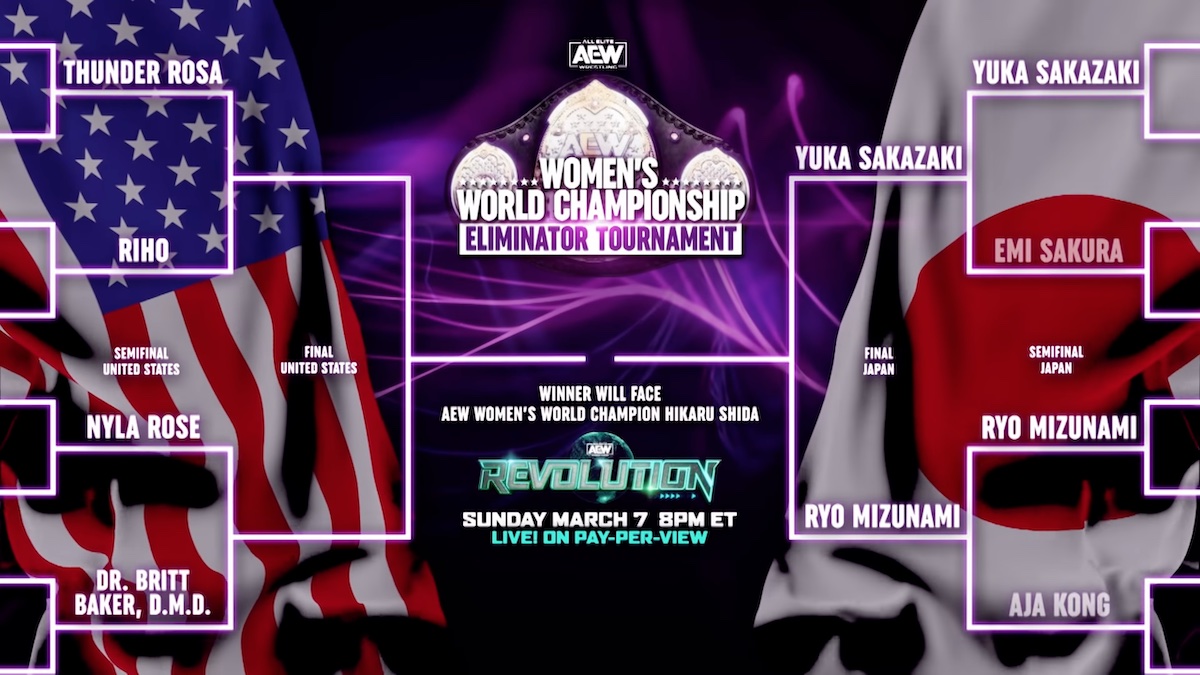