EC3 Signs With Ring of Honor 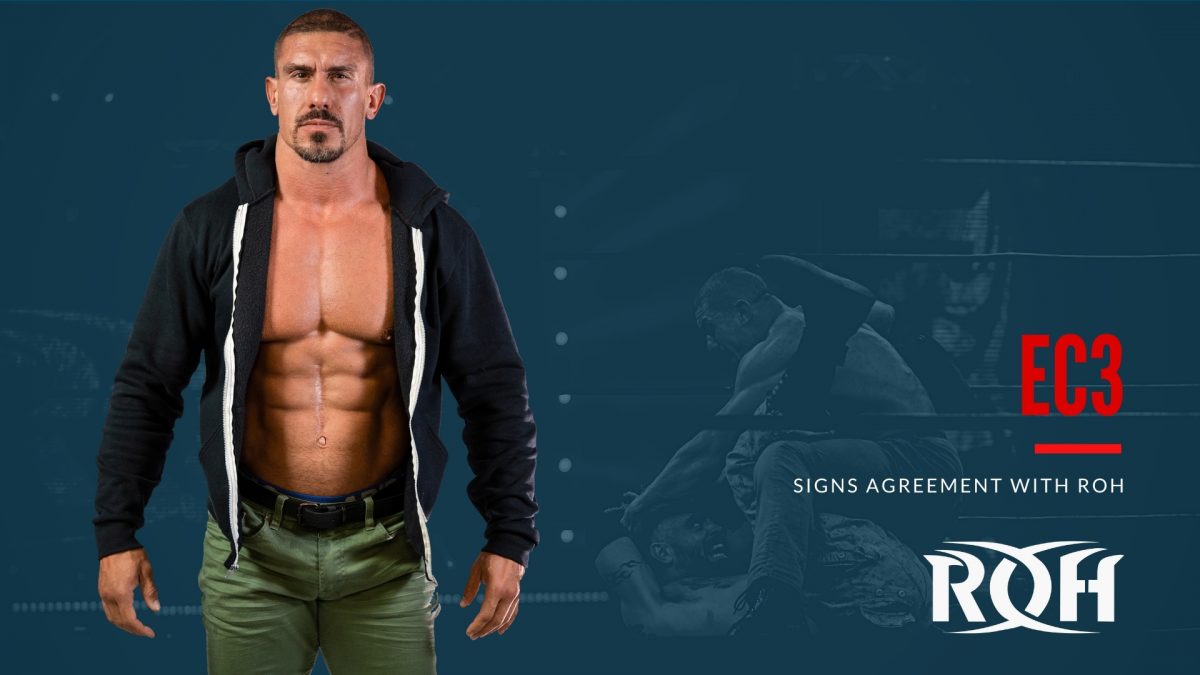 Ring of Honor announced that they have signed EC3 to a contract.

He debuted for ROH at their TV tapings in August and worked a few dates for them last year, but hadn’t wrestled for ROH since November. He made his return at last week’s ROH TV episode.

After being released from WWE in April, he had a brief run with Impact from July to October.

There is no #Honor in what we do.⁣

Ring of Honor is pleased to announce that EC3 has signed with the company.

EC3, who had been pro wrestling’s hottest free agent since he hit the open market last summer, made a few appearances with ROH in the fall. He made his unannounced return on last weekend’s episode of “Ring of Honor Wrestling” to confront Jay Briscoe.

EC3 and Briscoe had been scheduled to face each other at Final Battle in December, but the match was called off after EC3 tested positive for COVID-19.

Recognized as a two-time former world champion, EC3 boasts one of the most chiseled physiques in the sport and stellar speaking skills.

EC3 seized control of his narrative during his time as a free agent. A darker, more intense and more dangerous EC3 showed up in ROH declaring that he was on a quest to see if honor is real.

Now that EC3 is making ROH his home, he’ll have ample time to find out.