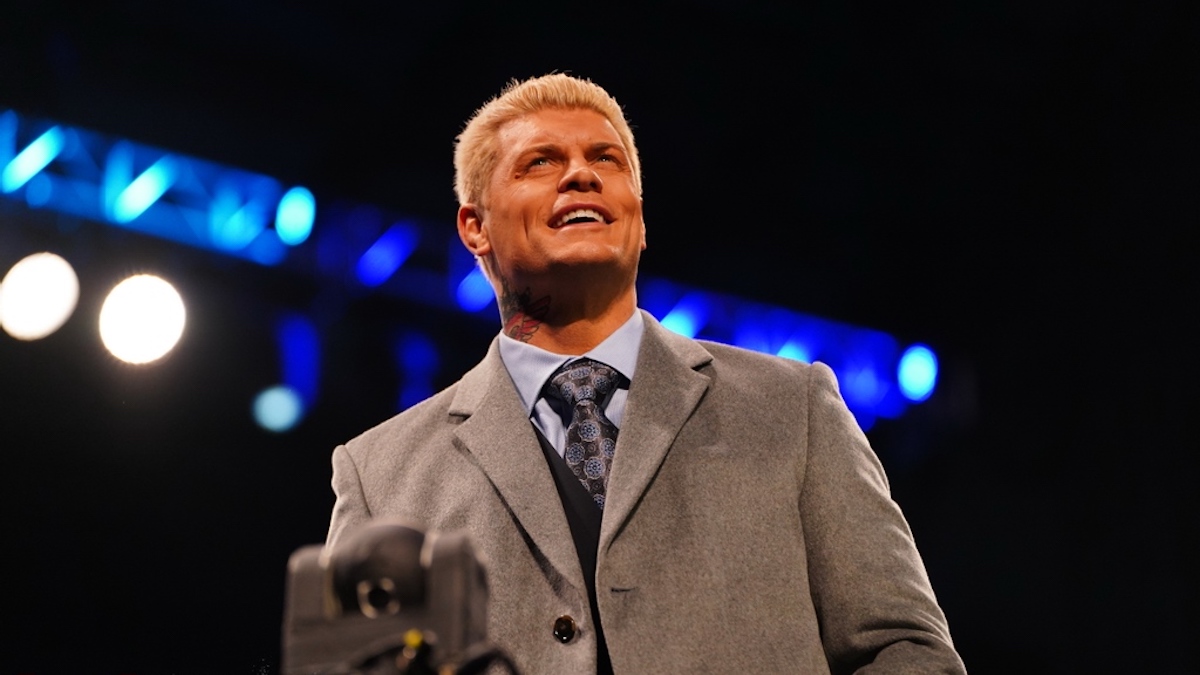 Among the topics discussed included Rhodes thoughts on the current rumor of WWE’s NXT television series moving soon from its current Wednesday time slot to a new Tuesday time slot on the USA Network.

“If we’re no longer going to be opposed on Wednesday night, I’m sure we’ll come up with some wonderful statement. What could I say? ‘Congratulations to NXT on a successful move to Tuesday nights. The real winners are the fans who can watch NXT and Dynamite live every week as this is a marathon and not a one-night sprint.’ I could say that, but I don’t want to be sassy or a jerk because I think them moving, perhaps something else will end up on Wednesdays.

AEW Dark would potentially be opposed. That’s why we can’t get into a matter of being reactionary. We just have to put out the best show. If they want to beat us, they have to put out a better show. It’s honest competition. Yeah, there are digs and they are fun and light-hearted. Believe me, all the locker rooms tend to love each other. It’s more the management that is pointed at one another. Even that, there is a friendly relationship. Tony [Khan] is a different type of executive. I would love us to be alone on Wednesday nights, but I’m prepared for something else to be in that spot.”

On the topic of AEW’s upcoming second television show on TNT, Rhodes stated that this new upcoming show already has a name decided upon. Rhodes also stated that AEW’s goal is for all of their television and YouTube shows to be different in format from each other.

“All our shows will end up in a different format. It’s a bit of a brain trust in forming those formats. Right now, the focus is AEW Dark: Elevation and how we can make that different and feature our younger stars and prelim stars. One thing we won’t do with AEW Dark: Elevation is not bait-and-switch. We’re not going to give you a show on night one and the show won’t look like that the rest of the year. When it comes to the additional hour of content on TNT — I’m careful to say an extra hour because people think we’re going to three hours, and we’re not — I can only tell you that it has a name and I love the name. Hopefully, on the next media call, we’ll be talking about it. It will happen in 2021. In addition to that, there is other news featuring other AEW talent regarding another show that is also in the WarnerMedia family. Keep your ear to the ground because we have made some large moves and we’re not stopping. We’re moving forward, full speed ahead.”

During the media call, Rhodes teased that Pat McAfee has been in talks with AEW in regards to a potential deal with the company. Rhodes’ comments were in response to an earlier discussion McAfee and Miro had on Twitter regarding Shaquille O’Neal’s claims that his match on AEW Dynamite would be the top celebrity match in wrestling and McAfee’s status as a celebrity.

“I didn’t see this particular comment, especially from Pat, which is super bizarre because I’m pretty sure Pat is trying to get a job at AEW like every other day, but that’s another conversation.”

Following the media call, McAfee responded on a new episode of The Pat McAfee Show to Rhodes comments about him contacting AEW for a job.

“Cody Rhodes just said I’ve been trying to get employed by AEW or whatever every other day. I’d like that to be known that is not true. I’ve actually contemplated retirement more than I’ve contemplated going to AEW. I have been in a spat with Miro, and we flipped the script on him, and Shaq. I have to watch that match tonight. Aside from that, I am not [reaching out to AEW]. I would like that to be clear.”