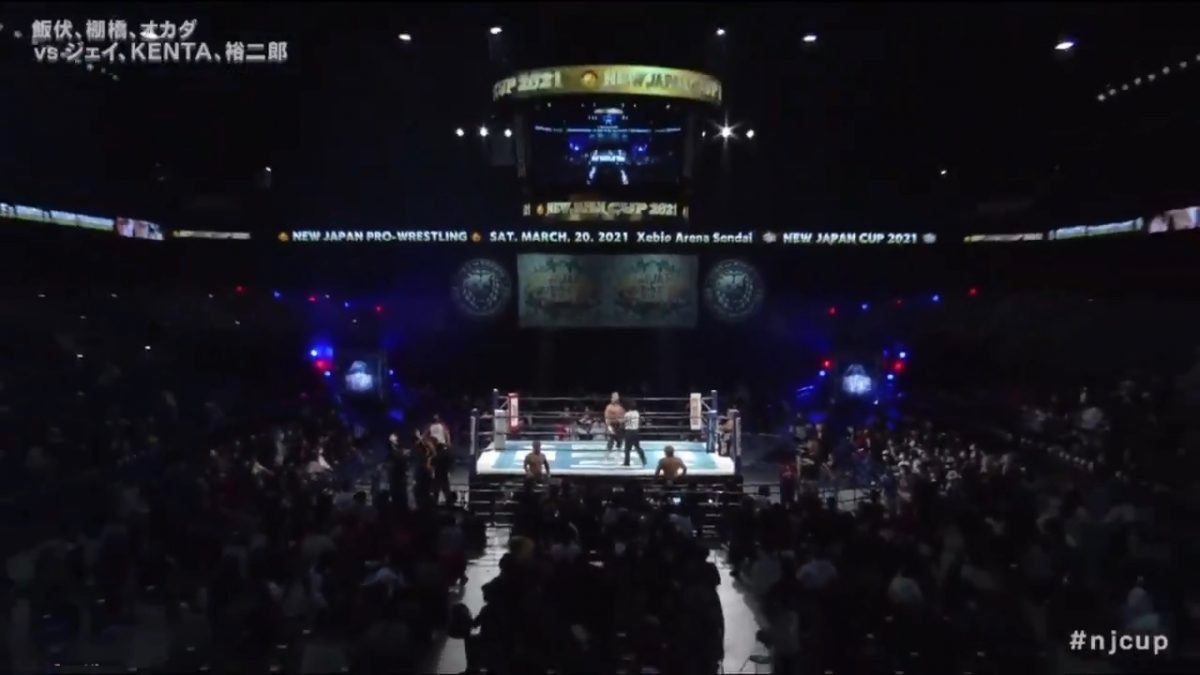 A powerful earthquake hit Japan on Saturday night and temporarily stopped a NJPW show in the middle of a match.

The earthquake registered at a magnitude of 7.2 on the Richter scale, which is considered a major earthquake, but despite how powerful it was, Japanese broadcaster NHK said that there were no immediate reports of major damage and only a small amount of mild injuries reported.

The earthquake happened at around 6 PM Saturday in Japan and lasted for around 30 seconds.

As the earthquake hit, NJPW was holding a New Japan Cup show in Sendai in northeast Japan, very close to the earthquake’s epicenter. The quake could reportedly be felt strongly all the way in Tokyo, hundreds of miles away.

During a six man tag match with Kota Ibushi, Kazuchika Okada and Hiroshi Tanahashi taking on Jay White, KENTA and Yujiro Takahashi, the camera and arena began to shake and ceiling lights began to sway. The show was stopped for about 30 minutes for safety checks, but then resumed without any issues.

Here’s the video of the moment when a 7.0 Earthquake happened in the middle of a NJPW match. pic.twitter.com/oqvjl5Xkes

A 15-20 minute interval whilst safety checks are made after the earthquake, so Tanahashi poses for some fans to take pictures!https://t.co/YCKTFJJeYE#njpw #njcup pic.twitter.com/JiApid6LXc

And we’re back!! With Jay White compelling the screens to fall onto Tanahashi!https://t.co/YCKTFJJeYE#njpw #njcup pic.twitter.com/3ujUvizNBH