John Silver on Brodie Lee, His Time in WWE, and More 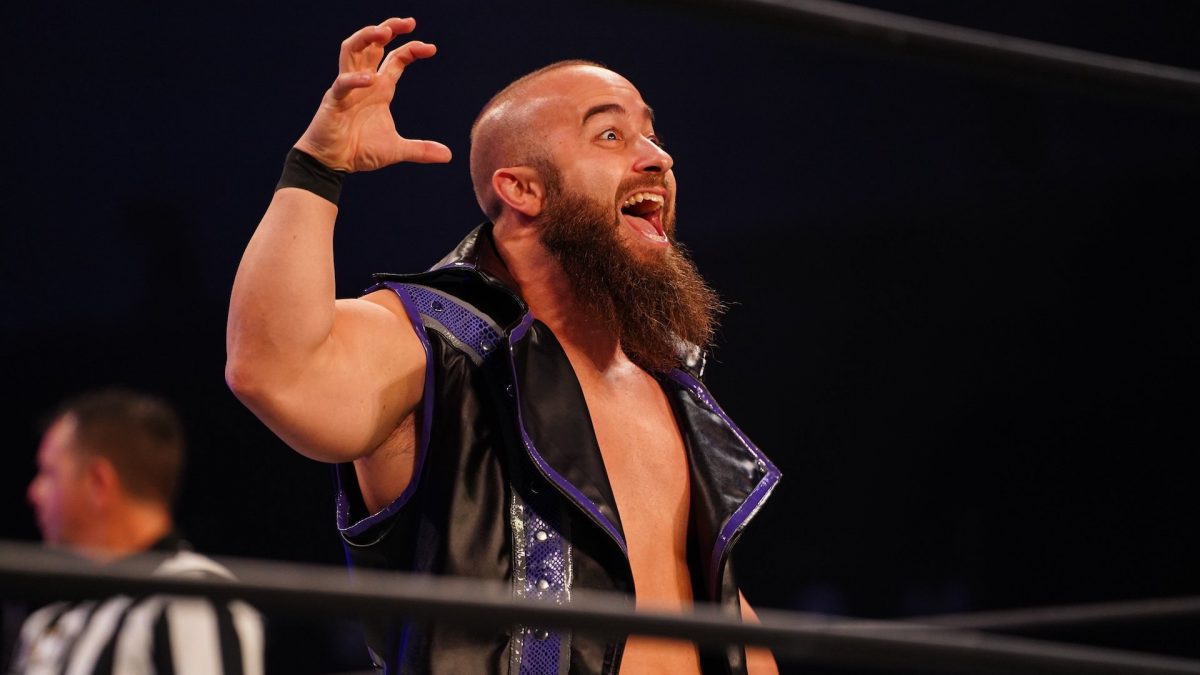 The Dark Order’s John Silver was recently interviewed by Chris Van Vliet. Below are some highlights.

On jobs he had before AEW:

“When I got hired, I was working at a gym called Lifetime as a trainer. My girlfriend makes fun of me because I’ve had a million jobs. Since I was 18, I’ve worked in multiple pizza places, kickboxing instructor, multiple gyms. Basically, anything where I could make money but also get off so I can wrestle. I got lucky because Alex [Reynolds] also worked at Lifetime, but at a different location. I got hired because my boss used to wrestle and loved wrestling. He let me have the days off but I had to show up on the days I wasn’t wrestling.”

On his time as an extra in WWE and if he thought it would go further:

“No, because just the way that they do stuff. [In WWE] If you’re an extra, that means nothing, unless you are an extra that’s 6 foot 6 and jacked. If you’re not, they don’t care. How many people have been signed because they got squashed and WWE liked that? I knew it wasn’t very likely. Back in the day, they used to have you do matches during the day, and they would see if they liked you then. I’ve done extra work a bunch of times and I’ve had one match during the day against Alex. We had a good match it went 5 minutes, but I’m looking around and I don’t think anyone there is in a position to hire anyone. People said they liked it, but I never thought anything would come from it.”

On Being the Elite (BTE) appearances:

“I don’t know if it was Uno’s idea or Matt Jackson’s for us. He mentioned that we should do some recruitment bits for BTE. Uno said it would be good for Johnny and Alex. The first thing we filmed was a reason why we should recruit people. We had us in the room, Brody comes in, throws the papers at Uno and we saw so many comments about that bit. After that we knew we needed to film stuff. We need Brodie, we need the whole group.”

“BTE is 100% our ideas, 100% stuff we say. It’s just us being us, no one is telling us to do anything. It’s cool that people are liking it, because that means they are liking us as people. There’s not much of a character that I’m playing, it’s just us joking around really. It’s crazy how much that affects Dynamite. If you stuff on BTE, people will start chanting it at the Dynamite shows.”

“I’m a pretty emotional guy, so that was difficult, but I thought I was going to be worse. The whole day was difficult, being around people. It was good too, but I’m like I can’t stop thinking about this. The match itself, if you look at the first match [Colt Cabana and The Young Bucks vs Matt Hardy and Private Party] If you look, I wasn’t there for the entrance, I come in late because I went to the back. I went to my room and I was not in a good mood. I forgot Colt was up and I forgot I had to do the entrance. When I heard the music and I thought screw it, I started running. You don’t see me coming out with them, but when Colt eventually does the pose, I’m there.”

“The match itself, I got out there and I have the match on my mind. In a sense it is taking me away from Brodie, but it’s something to think about. It was right after once I hit the [discus] line it kind of all hit me at once. So, it was very difficult but it all hit me at once.”

On Brodie Lee as a person:

“He was the man. He was such a happy good guy. There was no negativity, he was always laughing, he would always have this big smile, especially with this big beard he had going on. But he’s just a good guy. He bought the ring jacket I have just because it would help me look more like a star if I had it. He also bought me matching gear that I wore at the Brodie show.
It was just supposed to be for the BTE sketch, and then I asked him he’s like I want to buy you this stuff it’s going to be cool. I’m like that’s so cool what’s the sketch. He’s like I don’t know, we’ll think of something. He didn’t have a real idea in mind, but he thought it would be funny if Silver dresses like me one day. It wasn’t cheap gear, altogether it cost over $1,000 that he spent on me that he didn’t have to, I didn’t ask for it. Just because he thought it would be good for BTE and for me and the skits we do.”

“He’s just super nice, always positive. I don’t think anyone has a bad thing to ever say about him. He was such a good guy, such a genuine guy and so funny too. We’re trying to get through these sketches, and he would purposely try his absolute hardest to make me laugh. If I laugh, we’ve got to do it again. You see so many sketches of him getting right into my face and screaming sh*t at me, and just trying to make me laugh. It always worked, which is why we had to start pretending we were crying because we were always laughing.”

“I want to keep the ball rolling forward. Right now, I really can’t wait until the full force crowds come back, it’s going to be a whole different world. I always want to be on TV and relevant. I don’t want to fall off for a few weeks. Of course, you want to win the belt. This year I want an action figure too.”