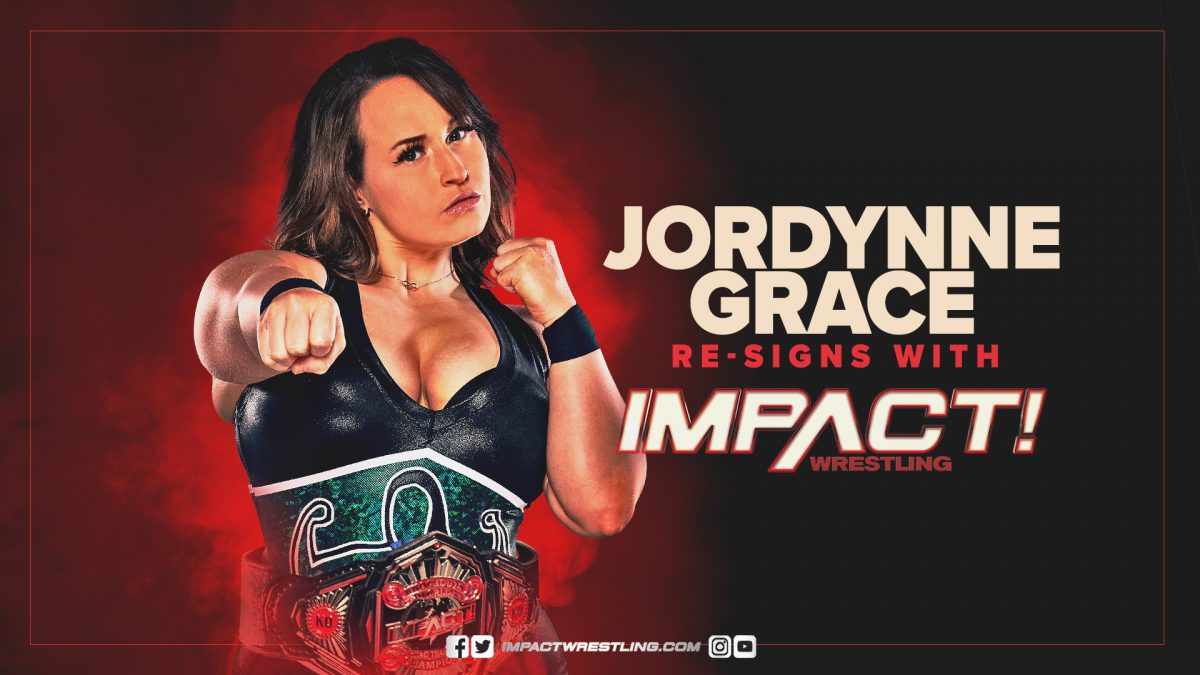 Moose tweeted that his Impact contract expires in June and he’d like to win the Impact World Championship before then.

He’ll be part of a six way #1 contender match at Impact Under Siege on Saturday, May 15 to determine Kenny Omega’s next challenger for the title.

Impact’s next major PPV is Slammiversary in July.

My Goal is to win the @IMPACTWRESTLING world title before my contract is up in June.

She first signed with Impact in 2018 and is a former Knockouts Champion and current Knockouts Tag Team Champion with Rachael Ellering.

BREAKING: As first reported by @OfficialPWI, @JordynneGrace has re-signed with IMPACT Wrestling!