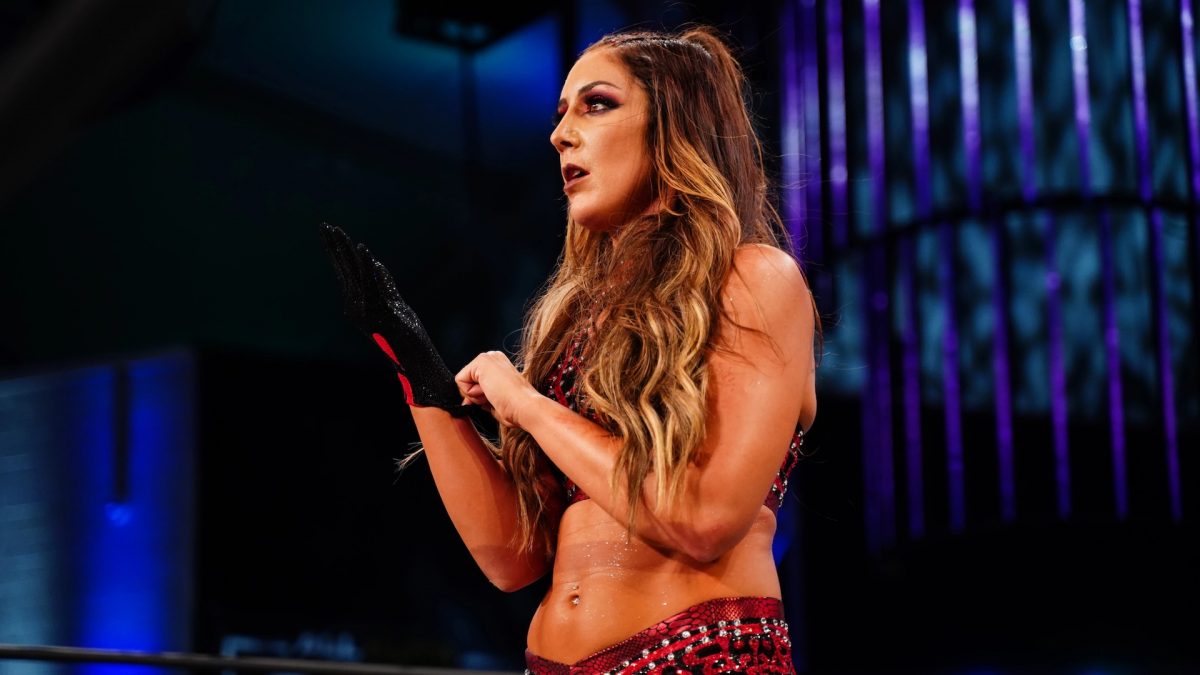 Britt Baker tweeted tonight that she suffered a broken wrist during her AEW Women’s World Championship defense against Nyla Rose on Dynamite this past Wednesday.

With @paigevanzant …And oh yeah, I retained the title on Wednesday night at #aewdynamite with a broken wrist. Not taking any time off either. #AndStill pic.twitter.com/YQVC37Woie

Baker said that she isn’t taking any time off, but appeared to have a pretty big cast on her right wrist. It’s possible that she means that she’ll still be on TV without wrestling for now, like she was when she suffered a knee injury last year.

Baker didn’t appear to show signs of an injury during the match and even locked on the Lockjaw on Rose using her right arm, which is the arm that’s now in a cast.