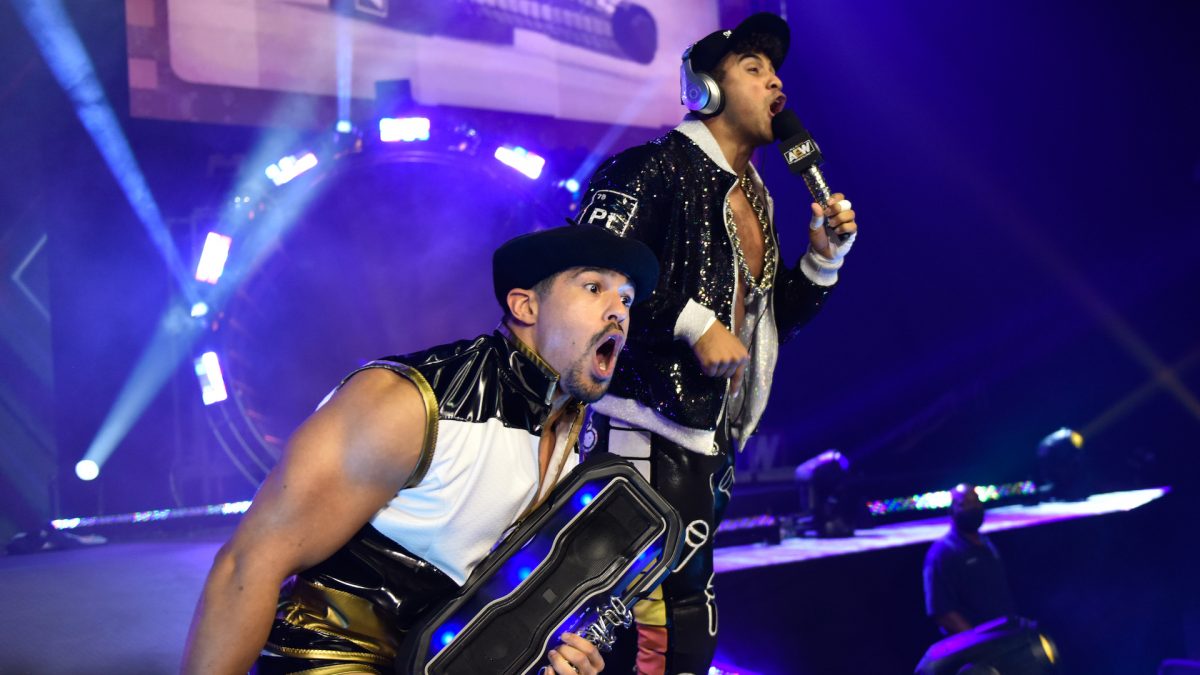 As the Acclaimed were making their entrance, Caster did this rap about the Sydals and Varsity Blonds:

The Acclaimed kickin’ ass for miles
Make you claim mental health like Simone Biles
The Sydals gonna pay the cost
I’m gonna treat those bitches like Duke lacrosse
The Blonds say they the best
but those dudes are faker than a PCR test
And what’s that smell here in North Carolina?
Oh, wait that’s Julia’s va- (cut off by Anthony Bowens)

You can watch it below (while it lasts):

Some people on the internet took offense, mostly to the line about Duke lacrosse. Members of the Duke lacrosse team were falsely accused of rape in 2006.

“On the subject of Dark and one of those teams that broke through and really came and did a good job is The Acclaimed. And speaking of Dark, last night on Dark, Max Caster’s rap was terrible. I was not out there in the moment when he did it. It was not during Dynamite, I was out back when Max had said this rap. I had not heard it until last night, truthfully. In the editing process, it should have been caught. We deleted the episode and reposted it with that edited out, but it shouldn’t have aired. I put such tight controls on Dynamite and this would never have happened there because Max’s raps, I’ve always gone over them with him and frankly every segment on Dynamite, I don’t script or write wrestlers’ promos, but the bullet points, I give. In this case, it shouldn’t have happened. And what will happen going forward is I will be taking over the editing of Dark and Elevation myself. I was already editing Dynamite and Rampage and I do a lot, and now I will also be editing Dark and Elevation. It’s unfortunate that it came to that.”