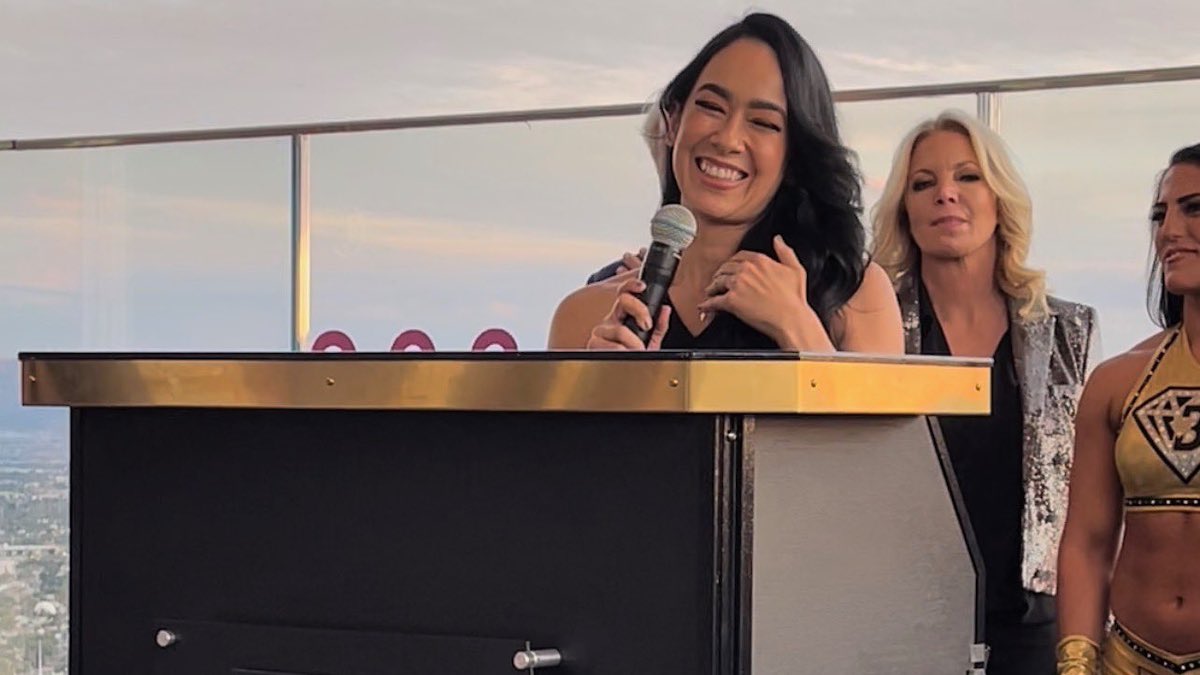 More on AJ Lee Joining Revival of Women of Wrestling

As noted before, Women of Wrestling announced this past Wednesday that they will be resuming operations and have recently signed a television deal with ViacomCBS to air new weekly episodes starting in September of 2022. Among those joining the promotion’s revival includes former WWE wrestler AJ Lee, real name AJ Mendez.

Fightful Select reported that WOW officials and Mendez had held a meeting this past August over WOW’s interest in signing her to a high level backstage management role in the company. It was also reported that at least one promoter spoken to stated that they are currently interested in booking Mendez if she is open to the idea of working in an on-screen role in wrestling, which was confirmed as part of WOW’s announcement of her being a color commentator for their shows.

Mendez recently reflected on Instagram about her return to wrestling.

It’s possible when I got the call from the president of the Lakers, I thought I was being drafted to the Lakers. Which was confusing, given my height. But then I learned all about WOW, @wow_davidmclane, and their mission to create female superheroes in a family friendly show, and I was psyched to bridge my two worlds of wrestling and storytelling to help the next generation feel represented on screen. You’ll see me on camera too as a color commentator! Which, given my penchant for running my mouth, seems fitting.

Thanks to Chris Farina/ViacomCBS for the photos! #wowsuperheroes #cbs #viacom

During Thursday’s MLW Fightland 2021 special on Vice TV, Major League Wrestling announced that NJPW talent Will Ospreay will be making his official debut for the company this Fall.

MLW owner Court Bauer held a media call this past Wednesday to discuss a variety of MLW related topics. Some of the notable highlights included: