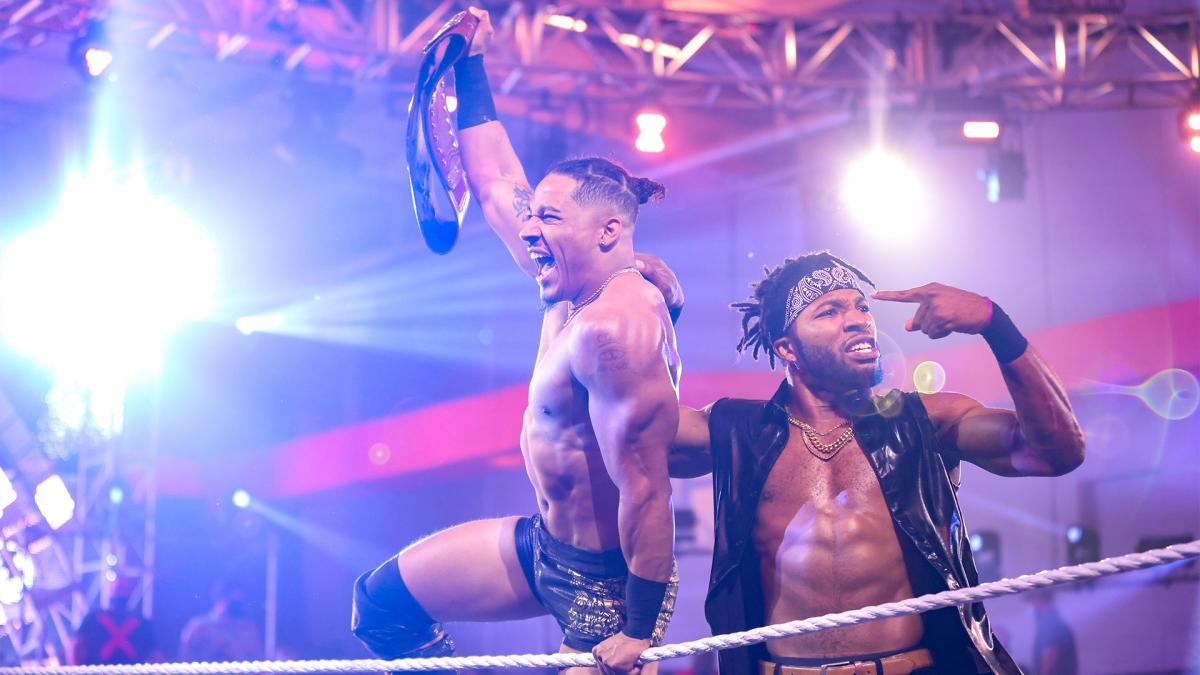 Sports Illustrated held a recent interview with NXT talent Carmelo Hayes. One of the topics discussed included his thoughts about his recent NXT North American Championship win and working with Shawn Michaels.

“We have PC Live matches, which are live events in front of the coaches. I performed in front of Shawn once or twice, and then he saw me wrestle Kushida on TV,” Hayes says. “I’d never been signed before I came here and I had no television experience until I got here. This is my first contract, and that match against Kushida was my first-ever TV match. After the match, we spoke. I told him I didn’t want to be on 205 Live—I wanted to be a top guy. So I shot my shot and asked him to help me. And then I put the pressure on myself to be that top guy.”

WWE reportedly recently had plans to split up AJ Styles and Omos as part of their overall plans for this year’s WWE Draft, according to WrestleVotes.

It was reported that WWE officials had seriously considered splitting up the team and had plans in place to do so at this year’s WWE Draft special until several other influential WWE officials and one top RAW talent spoke out against the idea. The reason for those officials stance reportedly was due to them feeling that Omos was not ready for a singles run yet. Others who had pushed for the team to be split listened and decided against going through with the plans in the end.

WWE had seriously considered breaking the pairing of AJ Styles & Omos during draft. To the point where that was the plan. Until people of power (including a main RAW talent) spoke up & expressed thoughts on how Omos isn’t quite ready for singles yet. And they actually listened.

The countdown begins… @ChuckyIsReal will be a special guest on #WWENXT 2.0’s Halloween Havoc next week! Better get those last-second costume fixes in. pic.twitter.com/lTDmpIJEgr