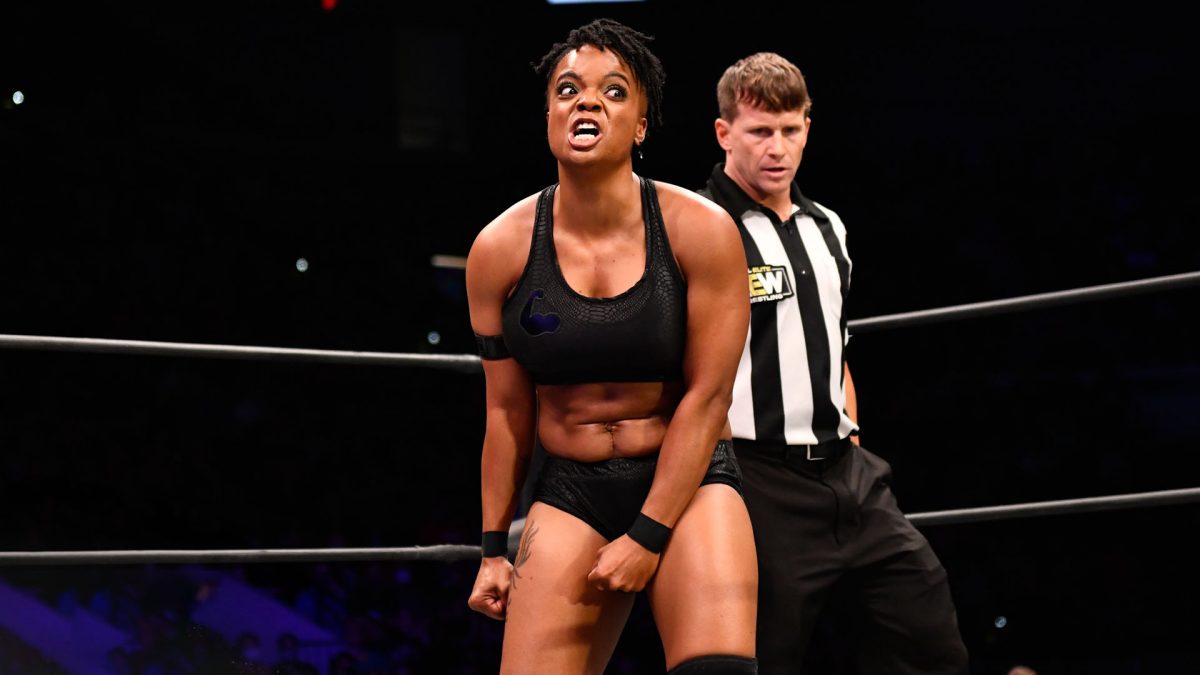 As noted before, Big Swole announced this past Tuesday that she has left All Elite Wrestling following a mutual agreement by her and AEW officials to not renew her contract with the company.

Fightful Select reported that their sources stated that Big Swole’s contract with the company had not ended early and instead it was always set to expire at the end of November. It was reported that both parties had just simply made the mutual decision to not have her contract be renewed.

It was also reported that their sources stated that Swole did not have any backstage heat within the company nor was her departure due to anything that would be viewed as her leaving on bad terms.

Prior to her departure, Swole had been public about her battle with Crohn’s Disease and her lack of work for AEW during the coronavirus pandemic because of it.

PWInsider’s Mike Johnson reported that his sources within Ring of Honor stated that Matt Taven and Dalton Castle had been working as producers for the company in recent months. Taven and Castle reportedly had also been helping backstage with ROH’s Women’s Division as well.

ROH officials reportedly recently held talks regarding potential plans to pay tribute to the company’s past at their upcoming Final Battle 2021 event on December 11th in Baltimore, Maryland, according to PWInsider.

Johnson also reported that numerous sources spoken to stated that the company had already paid for their venue for next year’s Supercard of Honor event in Dallas, Texas.

ROH recently announced a new match for the card of their Final Battle 2021 event on December 11th:

PWInsider’s Mike Johnson reported that Glacier, Matt Taven, and Jonathan Gresham were all seen in attendance backstage at this past Wednesday’s episode of AEW Dynamite in Duluth, Georgia.

Kairi Sane recently announced on Twitter that she is currently in the process of opening a new 24-hour fitness gym in Shonan, Japan.

Former wrestler Jeff Jarrett reportedly recently became the co-owner of the Springfield Sliders minor league baseball team, according to The State Journal Register. It was reported that Jarrett is part of a nine person group called Golden Rule Entertainment who recently purchased ownership of the team.

Jonathan Gresham recently announced that Lee Moriarty will be making an appearance for Terminus at their debut event on January 16, 2022 in Atlanta, Georgia.

New Japan Pro Wrestling announced that Clark Connors recently tested positive for COVID-19 and a result, he will no longer be able to make his scheduled appearance at today’s LA Comic Con event in Los Angeles, California. The company stated that Connors is currently dealing with mild symptoms and was not in any recent close contact with other NJPW talent.

Lady Frost recently announced that she will no longer be able to appear at NWA’s upcoming Hard Time 2 event this Saturday in Atlanta, Georgia due to her currently being sick.

DEFY Wrestling recently announced a new match for the card of their DEFY Dark Horse event on December 18th in Seattle, Washington: