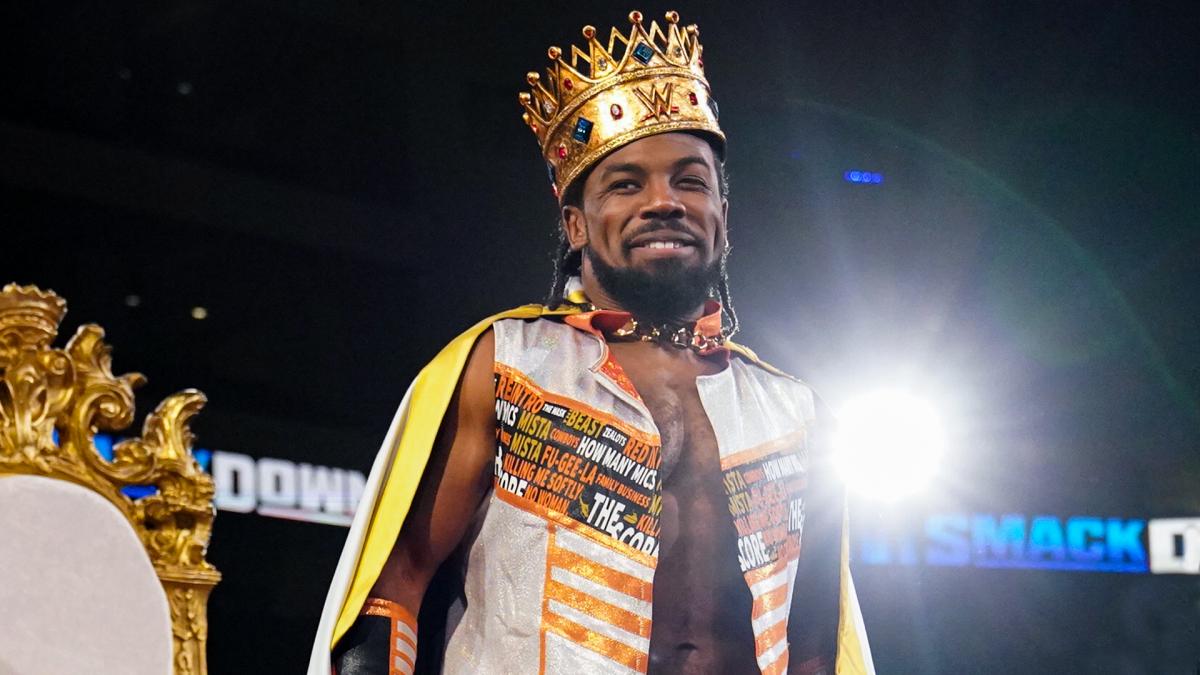 Xavier Woods suffered a leg injury during Friday’s SmackDown match against the Usos and is expected to be out for 4-6 weeks.

During an appearance on Attack of the Show! today, Woods said that he tore his plantaris muscle in his leg while hitting a springboard DDT.

“I tore my plantaris. It’s the muscle underneath your calf,” Woods said. “I was jumping in the ring to do a DDT. I spring off the bottom rope and grab the guy and then run his head into the ground. [It happened when I] jumped. Like 4-6 weeks and I’ll be good.”

After the injury happened, Woods continued wrestling for several minutes, but was noticeably limping at points. The Usos won, retaining the SmackDown Tag Team titles.