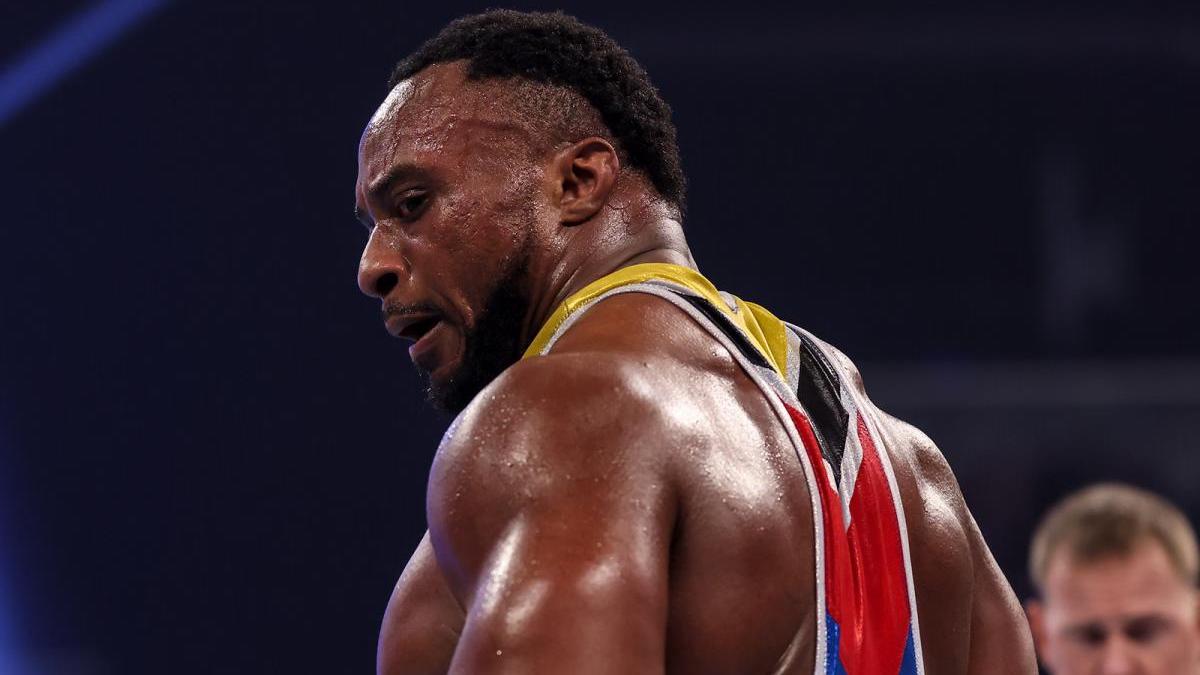 Big E posted a video on Twitter saying that he has a broken neck, but can move all of his digits.

I can’t thank all of you beautiful people enough for all of your concern and your messages. It’s very heartwarming. I can move all my digits. You see that? That’s nice. That’s always a good thing. Strength feels fine, but unfortunately, right now they tell me my neck is broken, so there’s that. But once again, thank you everybody. I’m gonna be alright. I’ll be good. Don’t worry. Go to sleep. Don’t worry about old me. But for real, thank you. And I appreciate all of you for real.

Big E was injured during a very scary botched belly to belly suplex spot on tonight’s SmackDown and had to be stretchered to the back.

During a match with Big E & Kofi Kingston taking on Sheamus and Ridge Holland, Holland gave Big E a belly to belly suplex on the outside, but Big E wasn’t able to rotate completely and landed right on his head and neck. He stayed down on the outside and the camera cut away from him, and Michael Cole later mentioned that emergency medical staff was checking on him as the match continued.

He was taken out on a stretcher during the commercial break and gave a thumbs up, which is hopefully a good sign.

Big E posted an update today, saying that he won’t need surgery and has no damage to his spinal cord.

So, I got some really good news, all things considered. The C1 and C6 are indeed fractured. Not a displacement though, which is a very good thing. And I don’t have any damage to my spinal cord, no ligament damage, and no surgery, which I’m very thankful for. And a pro-tip, if you’re gonna break your neck, do it in Birmingham. They’ve been great. Everyone here at UAB has been great. But for real, it’s meant a ton to me that so many of you have been so kind and reached out, stopped in to see me, texted me. I feel like I sound like a broken record, but I’m very grateful. And I’m gonna be alright. It’s a blessing.

Big E was visited by several members of the WWE roster in the hospital, including Ridge Holland, who gave him the suplex, Sean Ross Sapp reported.

Ridge Holland visited Big E in the hospital to check on him last night. Several members of the roster also joined. Big E is a beloved fella