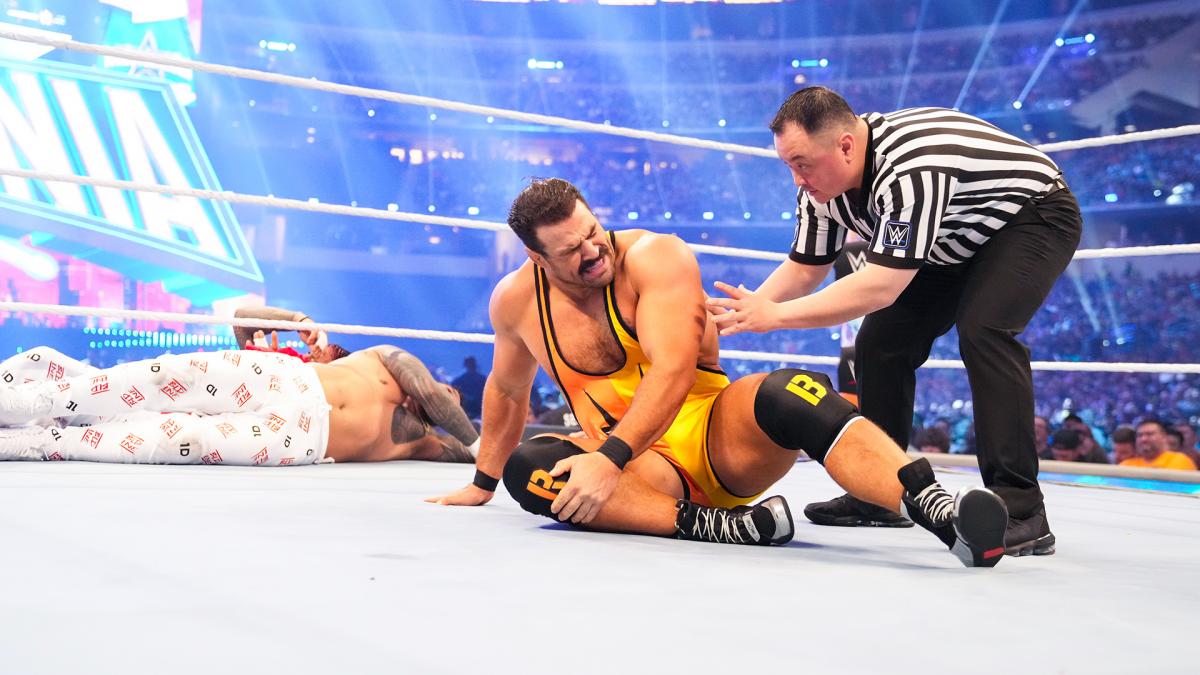 Rick Boogs suffered a torn quadriceps and patellar tendon injury tonight at WrestleMania during his match teaming with Shinsuke Nakamura against the Usos.

The tendons attach to the knee cap on the top and bottom. Michael Cole said on commentary later in the night that Boogs will need surgery. He will likely miss several months of action.

The injury happened when he tried to lift both Usos on his back at the same time and his right knee gave out. The match ended early and only went about six minutes, with the Usos picking up the win on Nakamura via the 1D.

For everyone who hasn’t seen the Rick Boogs injury #WrestleMania pic.twitter.com/SyrtHCh2a1

Boogs had to be carried to the back after the match.

Looks like Rick Boogs is in a lot of trouble there. A real shame the first match of #WrestleMania 38 was hampered by injury. Fingers crossed he’s okay. pic.twitter.com/Wpl3s14vwx