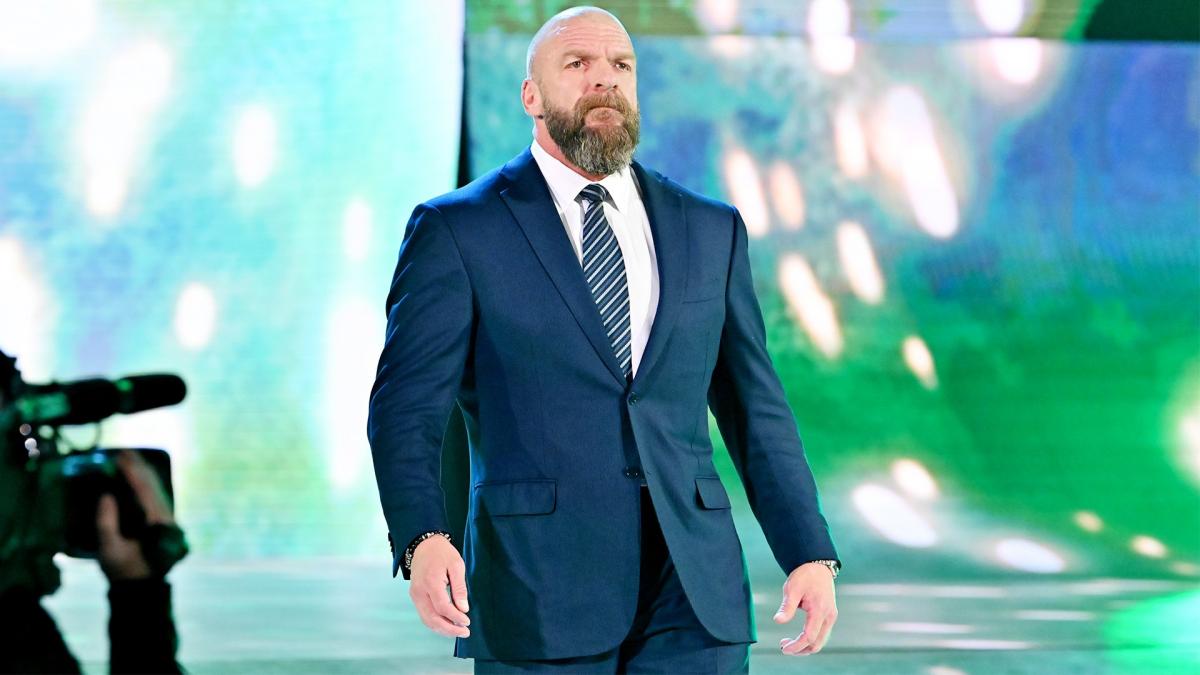 On the topic of WWE’s changes to their talent scouting system, Levesque stated:

“It always bothered me, like, (to get into wrestling in the past) you’ve almost got to be someone with nothing else going on or can’t take no for an answer and dig and dig and dig. But that pool is so small, people trying to get into this business. As I met more people, and you become savvy to the world of athletes, you realize the NFL is letting go 500 players a year. … You look at that massive pool of incredible athletes (from all sports). If you take that pool and 10 or 5 percent have big personalities that would be good for your business, you’re talking about a talent pool that’s 1,000 times bigger than right now.

Are there going to be some we miss where they say they’ll stay in the business, go find somebody else to train them? Yeah. Good for them,” he said. “Probably sooner or later, we’re going to see them and realize we were wrong and should hire them. And at some point, they’ll want to be part of the biggest promotion in the world and come back here.”

On the topic of changes made to WWE’s NXT brand, Levesque stated:

“There was this point where it was on the (WWE) Network, had this cult following, and we needed to get on television. How do we do that? We need more experience, need to professionalize this a little bit to make the product to where fans want to see that. We got them to that place. The pandemic (messed) it up a little bit because it was right when we went on TV and we had to shift our focus, doing it in front of no people. It completely altered what we were doing. We couldn’t recruit or train talent for almost two years. … But the show stayed. Then we said, OK, let’s reboot it and go back to what we originally were. Some of these people won’t be ready for television, but we’re gonna put them on television, and we believe the audience is invested enough that the numbers might come down, but a core group of them will stay, and now you’re creating fresh stars all the time. That’s where we are now. The numbers have stabilized.

People like Bron Breakker, he’s been training for a year. Half the women, they’ve been here a year maybe. There’s a lot that’s just so fresh and new. People used to say the constant churn of NXT was a negative. The churn is what’s great about it. The people here now, hopefully a year and a half from now, none of them are even in NXT anymore, and the ones that make it will be on to “Raw” and “SmackDown. That’s the magic. It truly is the developmental league, the college football, Triple-A baseball. Yeah, they’re not all quite ready to be in that major-league role yet, but you’re discovering them before they become household names.

We were talking about this shift anyway. That’s where we were headed. It happened at a period of time where I had to leave for a bit. Luckily, Shawn (Michaels) had been doing it with me all that time, so it was a seamless thing. I stepped out, did what I needed to do, but that team has killed it. They’ve really created a show where you can really say that’s the next generation of stars.”

On the topic of former NXT talent working for AEW, Levesque stated:

“I like all those guys. They helped us get where we needed to get, and I’m thankful for it. The truth is there was a period of time where we were trying to build NXT. We built NXT. Then we were trying to build a brand that could get a television show and sustain it. All those names helped us get there. Whether anybody believed or not they fit on “Raw” or “SmackDown,” those aren’t necessarily my decisions solely, and they’re Vince’s (McMahon) decisions and fans’ decisions; and then, can we continue to do business with them?

If they have great gigs, I’m happy for them. I stay in touch with almost all of them. I like to think they came into us here, we taught them a lot, got them to (a higher level) where they learned how to do television, how to be professionals and all that to be successful there. At some point, they might come back with us, or they might never because they don’t fit our brand as well, but that’s OK. They got us to certain places, and I’m thankful for that, and they’re thankful for that, and they’re off to different things. But that doesn’t stop the train. People leave football teams, move to different teams all the time, and it’s great.”

On the topic of AEW being competition to WWE, Levesque stated:

“As far as the competition aspect goes, it’s great. It makes everybody sharper. You get lazy if you’re all there is and everybody goes about their business. The end of the day, it’ll make us better, and we’ll all be better for it. All those things have forced us to be in a better place right now. Not that we wouldn’t have gotten there anyway, but we had to do it quicker in some manner. That’s an important piece of it, right?

As long as there aren’t things hurting the business overall, I think any of that stuff is good. If you’re a 6-year-old kid, you turn on the TV, wrestling is on and you like it. Now you’re caught up in it. Then you start sampling all of it. You get to where you’re a huge fan. That’s the money. There’s room for everybody to do it. It’s like saying the USFL or XFL is starting up and the NFL is panicking about market share. It’s just going to increase people’s love for football. If you love football that much, you’ll watch all of the football, and it’s great. But the NFL is not sweating that.”

On the topic of WWE’s changes to their training philosophies for new talent signings, Levesque stated:

“The tryouts we did before, where there were a lot of athletes and experienced indie guys, I don’t think there’s any less of a ‘That’s a rock star.

The indie stuff, half of it is, ‘He’s a good in-ring performer, but the rest is a mystery. He’s got bad habits I have to get him out of.’ This is almost cleaner. It’s a blank slate.

The numbers force us to be more regimented,” Levesque said. “We used to be like, ‘Well, he’s only been here a year, let’s give him more time, see if he picks it up.’ Now we know there’s a six-month coming in the door of adapt, get rolling and then we’re looking at your aptitude for this. We know in that six months — and some won’t make it that long.”