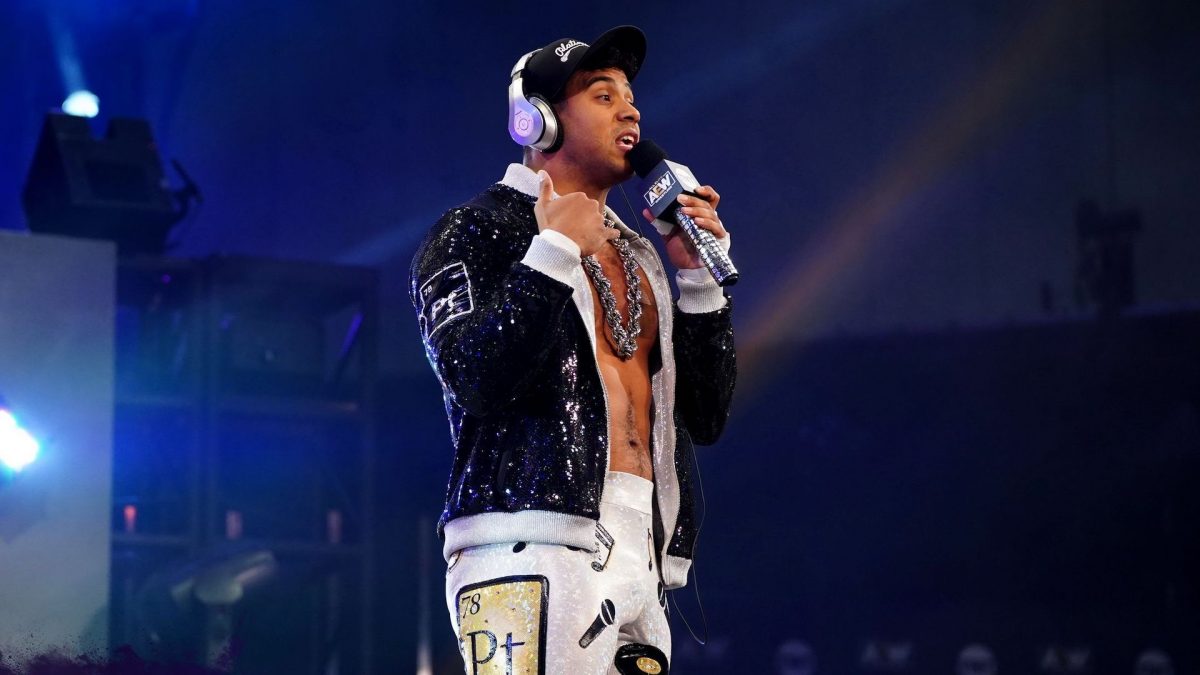 Forbes held a recent interview with John Cena. One of the topics discussed included Cena praising AEW talent Max Caster’s rap skills and stating they were better than his own skills during his early years in WWE.

“He’s extremely gifted. I remember hearing him for the first time, and asking a good friend of mine to please pass his information on to me. I immediately checked out his raps, out of the blue, and I saw what he was doing was spectacular. I wish him all the best of luck, but I can’t give him any advice because he’s punching far above my weight class. He is very gifted. He’s gifted enough to rhyme to the beat live, where I kind of did my stuff acapella to let the punchlines sink in.

Hip-hop constantly evolves, and it constantly moves forward, and he is the better version of what I did. He’s really, really spectacular. As long as he keeps everything in realistic perspective, he shows great potential.”

Caprice Coleman recently announced on Twitter that Ian Riccaboni and himself will be resuming their work as Ring of Honor’s commentary team for tonight’s Supercard of Honor XV event in Garland, Texas.

Tony Khan announced that Chavo Guerrero Jr. will be appearing for ROH at tonight’s Supercard of Honor XV event. Guerrero Jr. was announced to be the manager for Bandido for his match against Jonathan Gresham for the Undisputed ROH World Championship.

AEW recently announced that they will be holding a set of AEW Dynamite and Rampage events on June 8th in Independence, Missouri. It was also announced that tickets for this upcoming set of events will officially go on sale starting on April 8th.

Thursday’s Major League Wrestling’s Intimidation Games 2022 event in Dallas, Texas featured the surprise return of Swerve Strickland. Strickland was revealed to be the mystery challenger for Myron Reed’s open challenge match at the event. This was Strickland’s first match in MLW since January of 2019.

IndependentWrestling.TV announced that they have recently signed a partnership deal with Japaneses media company Lady Ring to air classic All Japan Women’s Pro-Wrestling events from the 1990s on their service.

During Thursday’s episode of Impact!, Impact Wrestling announced that their upcoming IPWF event later tonight in Dallas, Texas will not be airing live on FITE TV and instead will air as a television special next Thursday on AXS TV.

Impact also announced a new match for the card of their Rebellion 2022 event on April 23rd in Poughkeepsie, New York: