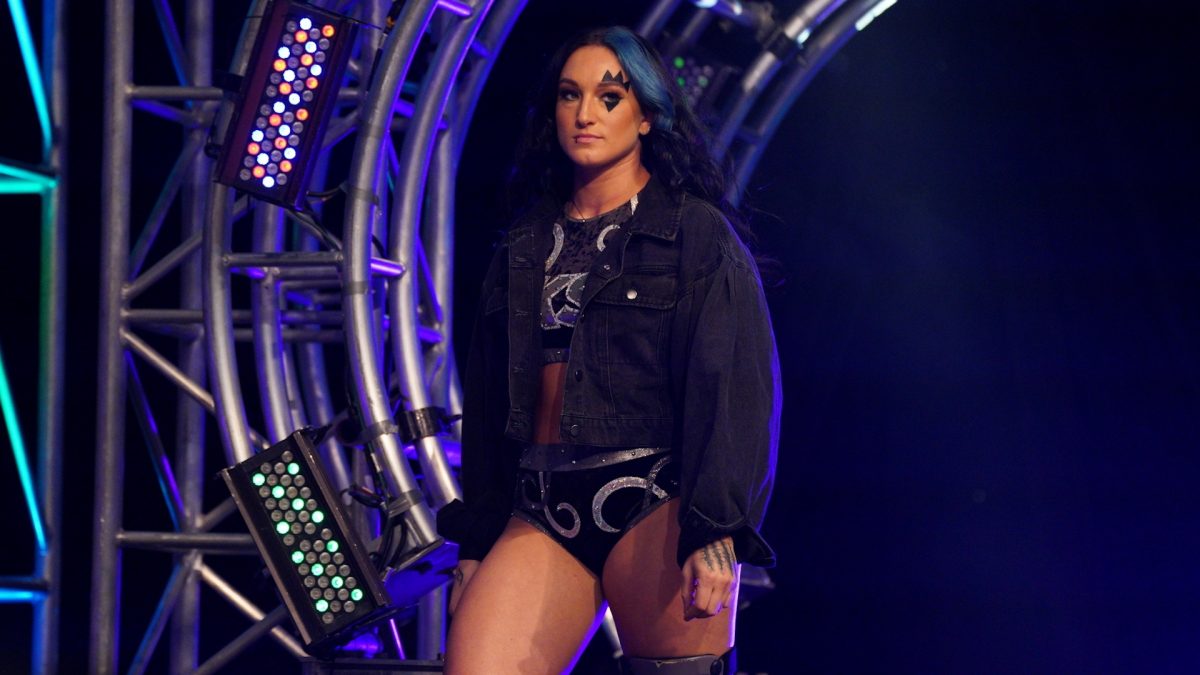 Jaychele Nicole held a recent interview with Kris Statlander. One of the topics discussed included Statlander’s thoughts about the idea of her potentially becoming the first person to hand Jade Cargill her first ever defeat in AEW.

“I’m gonna say you’re gonna see Jade’s toughest challenge ever — yet — ever, maybe, we’ll see. But um, I appreciate everyone that’s supporting the idea of me being the first one to beat her. That would be really cool, but we gotta get the match booked first. So don’t don’t get your hopes up until we see that graphic, okay? That’s all I’m gonna say is, if it happens, it happens. If it doesn’t, don’t get your panties in a twist over it. Life goes on. I’ll get something one day, maybe one day will be my time to shine, but if not…”

Statlander also gave her thoughts about the reaction she has received from fans since changing her character in AEW.

“I don’t know. I don’t know why it’s happening because I feel like a lot of what I’ve done in the ring isn’t very different from what I’ve done before with any other way of presenting myself. I think if there’s one thing I can take away from just being there in the moment in front of the crowd with alien Kris, I feel like people were like, oh, yeah, she’s fun, she’s cool, we like her. Then, I have to get like halfway into my match for people to be like, oh, damn, we actually want her to win. But now that, ‘Oh damn, we really want this person to win’ is happening just from my entrance and maybe it is the different presentation. Maybe it’s me taking myself more seriously. Maybe, I don’t know, maybe people are just finally giving me a chance. I don’t really know why it’s happening. I’m very grateful for it though. Believe me, it means the world to me. Like I said, I feel like, I’m not really doing anything so much different. At least like in the ring, but as far as my wrestling goes, I have the same moves, have the same finish. The only thing major is that I’m not booping people, which, you know, it’s always some harmless fun, that’s all. Yeah, I don’t know why it’s happening. But keep it up everyone. Keep the noise coming.”

AEW CEO Tony Khan recently announced on Twitter that this past Sunday’s co-promoted Forbidden Door event in Chicago, Illinois generated over $6 million. Khan stated that the split was over $1 million for the live gate and over $5 million for pay-per-view revenues.

Thank you to everyone, especially wrestling fans around the world, who made last Sunday’s #ForbiddenDoor event a hit,
with >$1 million in ticket sales
+ >$5 million on ppv!

This past Sunday’s event also featured two fan incidents which required the use of AEW’s security team, according to PWInsider. Mike Johnson reported that the first incident involved a fan who was seen taking inappropriate close-up photos of Tay Conti’s behind during the opening match at the show. This fan reportedly traversed several rows from his seat to get as close as possible to Conti at ringside. AEW’s security team was alerted of this fan’s actions and removed him from the venue shortly afterwards.

The second incident reportedly involved a brawl between two fans during the show’s main event match between Jon Moxley and Hiroshi Tanahashi. Johnson reported that this was the reason for the commotion by a portion of the crowd unrelated to the match itself. AEW security reportedly grabbed the two fans and tossed them out of the venue but not before one had punched a member of security.

AEW: Heroes & Villains — Join some of the biggest stars of TBS’ AEW: Dynamite and TNT’s AEW: Rampage as they take the San Diego Comic-Con stage for the first time to give a ringside view of the wildly popular wrestling promotion. The Q&A will feature a conversation with AEW stars CM Punk, Jade Cargill, Darby Allin, Orange Cassidy and Bryan Danielson, and will be moderated by AEW commentator Excalibur. This discussion will dig into the heroes, villains, and championship quests through the eyes of the biggest names in wrestling. AEW: Dynamite airs every Wednesday from 8-10 p.m. ET on TNT and attracts the youngest wrestling audience on television; the fight-forward show AEW: Rampage airs every Friday from 10-11 p.m. ET. Follow the fandom on Twitter and Instagram at @AEW and @AEWonTV.