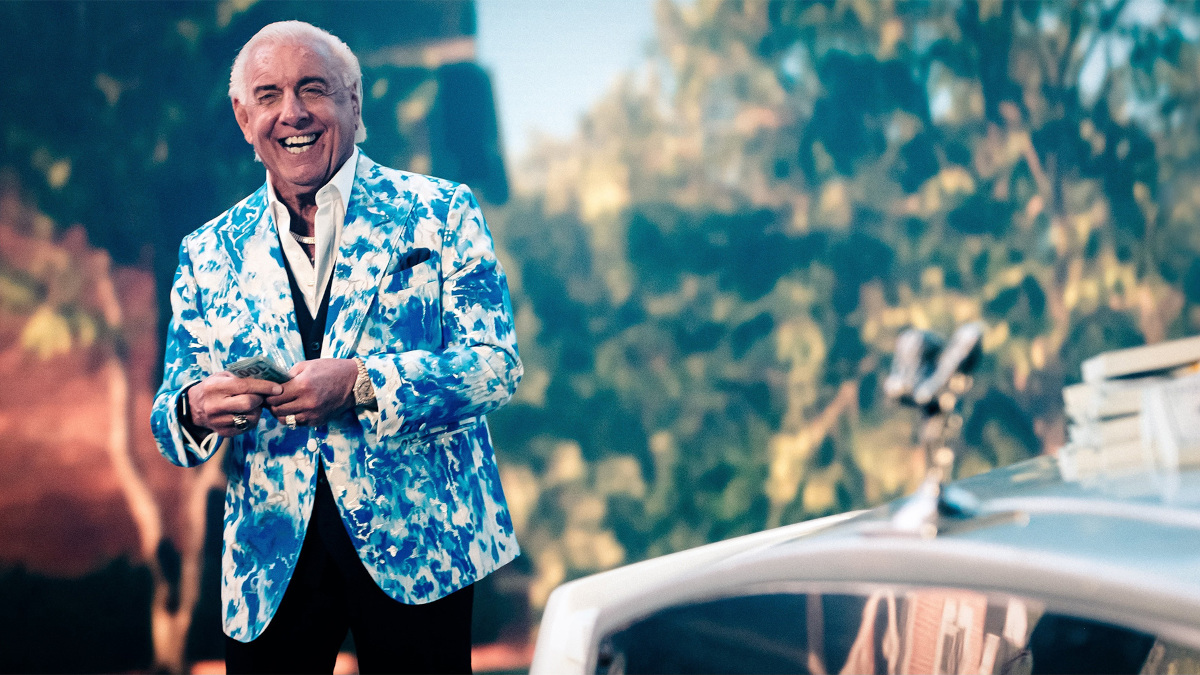 As noted before, Ric Flair recently suffered a foot injury that is currently not expected to cause him to miss his upcoming Ric Flair’s Last Match event on July 31st in Nashville, Tennessee.

A recent episode of the Busted Open Radio podacst had Flair as the guest. One of the topics discussed included Flair revealing that he had suffered a plantar fasciitis injury in his foot.

“I have plantar fasciitis in the bottom of my foot. Other than that, I am perfect. That damn thing is sore as shit. I’m at the doctor right now. They are gonna start injecting me with stuff.”

Flair also gave his thoughts about if this injury will affect his ability to compete in his retirement match at the event.

“I would just deaden it if I have to. You know me. It affects me daily. It’s hard running the ropes with the center of your foot…the middle of your foot is so sensitive. I’ve been training hard, doing two-a-days.

Happier it’s a tag. I can hide myself a little more [laughs].”

Flair also revealed that his daughter and current WWE talent Charlotte Flair will be in attendance at his upcoming event.

“She’ll be there, but I don’t know if she’ll be on camera. She wouldn’t miss that. I don’t think she would miss it, even if Andrade wasn’t involved. She just might not be on camera. A lot of guys are coming. (Rey) Mysterio, Apollo, (Pat) McAfee, Kid Rock will be there.”

As noted before, WWE Hall of Famer Hacksaw Jim Duggan has been dealing with another bout of prostate cancer since this past May.

K&S WrestleFest held a virtual fan signing event with Duggan as the guest. One of the topics discussed included Duggan providing an update on the radiation treatments he has received for his current battle with cancer.

“I just finished my 27th radiation treatment out of 39. I got a total of 39 treatments to do, and that should hopefully cure my cancer after all the surgeries and everything. Hopefully, all the radiation will do it. If not, whatever it takes.”

Indie wrestler EFFY recently faced online negative backlash following a controversial spot involving him and indie wrestler Sandra Moon at a recent event for Underground Wrestling Alliance. This spot involved EFFY setting up a 10 punches attack in the corner routine but instead of punches, he did pelvis thrust strikes instead. Following the event, Moon commented on Twitter about the incident stating that she thought it was a funny spot and did not agree with those who compared EEFY to disgraced wrestler Joey Ryan, who was accused of sexual assault towards several female wrestlers during his career.

AAW Wrestling recently announced that Josh Alexander, Masha Slamovich, and Jake Something will be making an appearance for the company at their Destination Chicago event on September 1st in Chicago, Illinois.

PROGRESS Wrestling announced that they will be holding an event called Chapter 139 Warriors Come Out To Play on August 28th in London, England.

All Japan Pro Wrestling recently announced that Minoru Suzuki will be making an appearance for the company at their The Road To Nippon Budokan event on September 15th in Yokohama, Japan.

The National Wrestling Alliance recently announced a new match for the card of their NWA 74 Night 1 event on August 27th in St. Louis, Missouri:

Brain Slam Wrestling announced a new match for the card of their New Noise event on August 14th in Los Angeles, California: