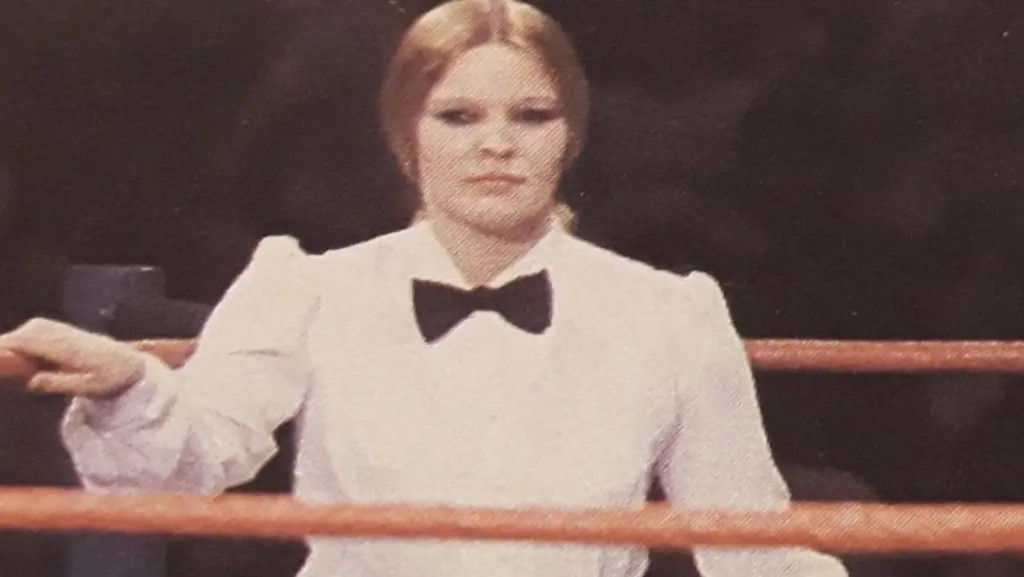 A recent episode of the Cheap Heat Productions podcast had former WWE referee Rita Chatterton as the guest. One of the topics discussed included Chatterton’s thoughts about her sexual assault allegations against Vince McMahon recently being publicly resurfaced by the New York Magazine.

“Well, it [allegations against Vince McMahon] pretty much came to light, I had met Abraham Riesman and had talked with him about my referee days and this was after I had received the award from the [International Pro Wrestling] Hall of Fame and next thing I know, [Vince] McMahon was in the papers again for paying hush money and Mr. Riesman called me and asked me a few questions, I answered a few questions for him. Next thing I know, we’re in the magazine and here we are. Things are crazy. My phone is going crazy with people wanting me to do interviews, wanting me to do television, wanting me to do this show and that show. At this point, I have chosen not to do anything. Doesn’t mean I won’t in the future but at this point, I am not quite sure what I’m doing so I’m just gonna sit back, take my time, think about it and figure it out. If anyone wants to see it, they are more than welcome to read the article, it’s New York Magazine or if they wanna know the rest of the story, I reported this story 30 years ago with Geraldo Rivera on ‘Now It Can Be Told’ and that’s on YouTube. So they’re more than welcome to go and see it there. But, as far as I’m concerned at this point right now, today in my life, I’m just not even going there. I’m not going there in my life again. It still hurts. The whole thing still bothers me so I would really just rather not go there.

No, not at all [she’s not surprised Vince McMahon is back in headlines]. I’m surprised it’s taken this long to be honest with you.”

Chatterton also stated that the late Pat Patterson tried to stop her from pursing a career as a wrestling referee in WWF and claimed Patterson wanted wrestlers to injure her during her first match refereeing in the company.

“Pat Patterson, Jay Strongbow, and Richard Herring come walking over to me, and Pat Patterson’s got a fistful of money, and he says, ‘Here, take this.’ I looked at him, ‘I said, ‘What’s that?’ He says, ‘You’re getting paid for tonight, but you’re not refereeing anything.’ I looked at him and said, ‘Yes, I am. Look, if I don’t referee tonight, I will sue you personally, and I will sue you, and I will sue you,’ and I pointed to the other two. I said, ‘and then I will sue the WWF. Because I’m a good referee, I’ve worked hard for it, and yes, I am working.’

They storm away. Rich Herring looks at me and smiles because he knows me. He just assigned me. So I ended up doing — my very first match was a women’s tag team match. I found out a few months later that Pat Patterson told the women to break my legs and make sure I never wanted to get in the ring again. Luckily, being women, instead of doing anything to hurt me, they helped me, and that’s how I got started. But, it was crazy. It was a crazy world. Things were so much different back then. But luckily, the women knew that you had to work 10 times as hard for a quarter of the recognition that the men got at the time. So instead of doing anything that hurt me, they actually helped me. So it was my first experience.”

Trademarks for “Ezekiel”, “Channing Lorenzo”, and “Jagger Reid” were filed by WWE on July 11th for wrestling and entertainment-related purposes.

A trademark for “Kindman” was filed by Foley on July 7th for wrestling and entertainment-related purposes.

A new wrestling-related biographical book based on Dusty Rhodes reportedly is currently in production by writer Jonathan Snowden, according to PWInsider. Mike Johnson reported that this upcoming book is currently not officially authorized by WWE nor Rhodes’ family nor is there a timetable for a potential release date.

The National Wrestling Alliance recently announced that Baby Doll will be making an appearance for the company at their NWA 74 event on August 27-28 in St. Louis, Missouri. PWInsider’s Mike Johnson reported that while the NWA did not mention what her role will be, his sources stated that NWA officials are currently planning for Doll to be the manger of her daughter Samantha Starr at the event.

The Wall Street Journal recently released a report detailing the growth of the adults over 50 years old demographic group for streaming services. It was reported that the over 50 group currently accounts for around 39% of total streaming watch time as of this past May. It was also reported that this group is currently the fastest growing demographic for streaming services. In regards to potential future impact towards wrestling television ratings, WWE and Impact Wrestling currently have the oldest median age viewers for their weekly shows in the wrestling television industry with WWE’s NXT brand alone hovering at around 60 years old for their weekly average.

Terminus recently announced that Ian Riccaboni & Dave Prazak will be the official commentary team for their upcoming Terminus 3 event on July 21st in Atlanta, Georgia.

Fightful Select reported that their sources stated that Women of Wrestling officials had contacted WWE Hall of Famer Lita in late 2021 to gauge her interest in possibly working for the company. It was reported that Lita quickly rejected WOW’s offer and talks between the two sides quickly fizzled out. One reason for Lita’s rejection reportedly was due to her not holding good feelings nor wanting to work with a company associated David McClane, who is the current CEO of WOW.

During a recent interview with Entertainment Today, Dwayne “The Rock” Johnson revealed that he had turned down an offer to host this year’s The Emmys awards show on September 12th due to a scheduling-related conflict.

Major League Wrestling announced that they have recently signed a licensing deal with retailer Hot Topic to sell MLW brand merchandise at their online store.

MLW reportedly is currently working on plans to run house show events when they resume touring in the future, according to PWInsider.

Game Changer Wrestling announced that they have pulled John Morrison from the card of their No Signal in the Hills event today in Los Angeles, California due to him recently suffering an injury.

House of Glory recently announced a new match for the card of their August 28th event at Terminal 5 in New York City, New York: