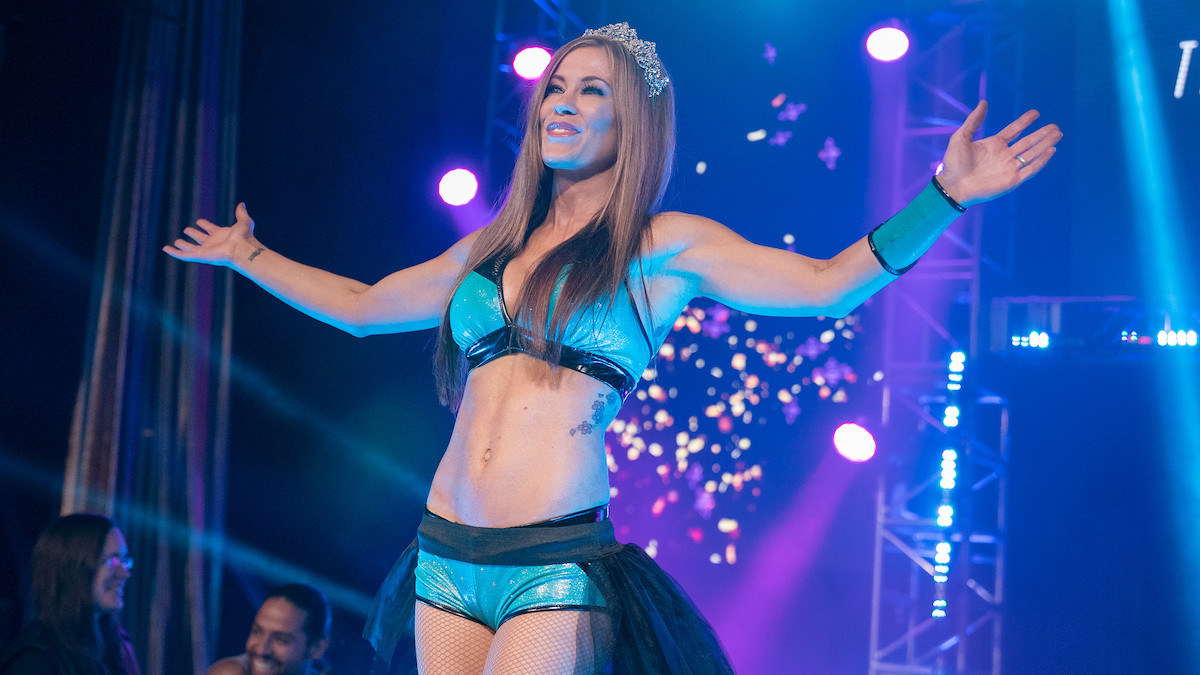 AEW announced that they have recently signed Madison Rayne to a coaching job in the company and have also promoted Sonjay Dutt, QT Marshall, Pat Buck, and Tony Schiavone to new roles within their Talent Relations department.

August 3, 2022 – AEW CEO, GM and Head of Creative Tony Khan announced an expansion to AEW’s talent relations team with the promotions of key staff members including Sonjay Dutt, QT Marshall, Pat Buck and Tony Schiavone. In addition, Madison Rayne will join AEW as a coach in the women’s division.

As AEW continues its meteoric rise, the expanded talent relations team will strengthen the infrastructure required to facilitate the development, health and safety of AEW’s outstanding roster. The following promotions and additions are effective immediately:

Sonjay Dutt (Retesh Bhalla) has been promoted to Vice President of Production and Creative Coordination. In this role, he will coordinate communication of AEW storylines, liaise between post-production and key staff to maintain content workflow, produce ancillary content and mentor new producers. Dutt joined AEW in 2021, bringing more than 20 years of experience in professional wrestling – both in-ring and as a producer – and continues to serve on-screen as manager to Satnam Singh and Jay Lethal.

QT Marshall (Michael Cuellari) has been promoted to Vice President of Show and Creative Coordination. He will help to manage show elements including planning programs and storylines, character development, overseeing extras and live event logistics coordination. Marshall, an AEW original with more than 20 years of experience, will continue to wrestle as the leader of The Factory with Anthony Ogogo, Nick Comoroto, Aaron Solo and Cole Karter.

Pat Buck (Pat Buckridge) has been promoted to Vice President of Talent Development. In this position, he will liaise with talent and production, oversee all coaches, provide input on matches and promos, and lead the talent relations team. Buck brings nearly two decades of experience serving wrestling promotions as a talent, trainer, producer and promoter.

Tony Schiavone has been promoted to Senior Producer and Special Advisor to Talent. In this capacity, he will work directly with talent as part of the Talent Relations team. Schiavone is one
of AEW’s most tenured members and has nearly 40 years of experience, with an iconic voice that has guided fans through professional wrestling’s most incredible moments.

Madison Rayne (Ashley Nichole Lomberger) will join AEW as a coach in the women’s division, and kick-off her new role tonight in her hometown of Columbus, Ohio. Madison has competed in numerous professional wrestling promotions where she has held multiple championship titles, including 5-time Women’s World Champion. She has more than 15 years of experience in professional wrestling, and is also a proud mom to a daughter.

Christopher Daniels, an AEW original who brings more than 30 years of industry experience, will continue to serve as Manager of Talent Relations. The Talent Relations team will also remain in close contact with AEW’s Legal and Talent Resources team – led by Margaret Stalvey, Chris Peck and Megha Parekh – who help to support the physical and mental health, safety and security of talent. AEW is also committed to supporting talent beyond the ring, and offers access to world- class physicians, trainers and mental health clinicians.

During a recent interview with the Busted Open Radio podcast, AEW CEO Tony Khan stated that he is currently open to the idea of Rayne wrestling in AEW alongside her new coaching duties with the company.

“I’m really excited. She’s going to be great for the team. She’s excited. Everyone is excited to have Madison Rayne as part of AEW. I’m not saying she wouldn’t wrestle anymore, we’re open to it. We have other people in the office who do wrestle as part of their schedule, so I’m open to it. I haven’t talked a lot about it because right now, I’m primarily focused on the whole company, but it’s definitely something I’m open to and would like.”