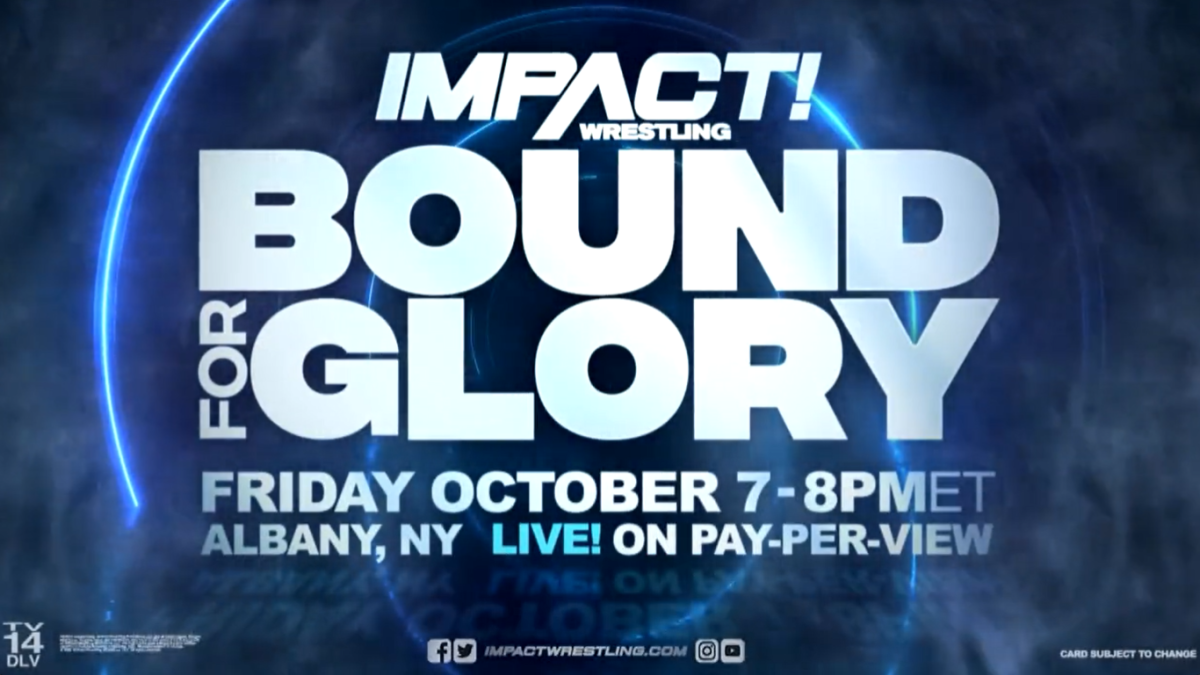 Thursday’s episode of Impact Wrestling Impact! featured the official announcement of this year’s Bound For Glory event will be taking place on October 7th in Albany, New York.

It was also announced that more details regarding this upcoming event will be announced at a later date.

This past Wednesday’s episode of AEW Dynamite featured AEW announcing that Jon Moxley will be facing off against Mance Warner in an Interim AEW World Championship Eliminator match. Warner earned a chance at a future title shot following his victory in the Bunkhouse Battle Royal match at this past Sunday’s Ric Flair’s Last Match event.

Fightful Select reported that their sources stated that despite his recent return to Major League Wrestling, Warner is currently not under contract with the company. Warner reportedly is among the few MLW talent who currently works for the company without a contract, which was stated to be around 10% of MLW’s roster.

This reportedly was the reason why AEW officials did not need to contact MLW in order to negotiate a deal for Warner’s appearances this week in the company.

A trademark for “IYO SKY” was filed by WWE on July 31st for wrestling and entertainment-related purposes.

A trademark for “The Acclaimed” was filed by AEW on July 28th for wrestling and merchandise-related purposes.

A trademark for “5-Tool Player” was filed by Anthony Bowens on July 28th for wrestling and merchandise-related purposes.

A trademark for “Cole Karter” was filed by Cole Karter on July 29th for wrestling and entertainment-related purposes.

As noted before, WWE Hall of Famer Hacksaw Jim Duggan has been dealing with another bout of prostate cancer since this past May. Duggan recently announced on Instagram that he completed his 8-weeks long series of radiation treatments for his cancer.

Glen Jacobs, former Kane in WWE, reportedly was re-elected as the mayor of Knox County, Tennessee following Thursday’s election, according to the Knoxville News Sentinel.

During a recent interview with the Alliance Pro Wrestling Network podcast, Franscico Akira revealed that he is currently not under contract with New Japan Pro Wrestling. Akira stated “Um, not yet. Hopefully soon [Akira responded when asked if he’s signed to NJPW].” (Transcript h/t: PostWrestling.com)

Impact Wrestling talent Tenille Dashwood recently announced on Instagram that she is currently in a relationship with WWE talent Madcap Moss.

The NWA recently announced that KiLynn King and Tootie Lynn are the next set of official participants for their The Burke invitational Battle Royal match at their NWA 74 Night 1 event on August 27th in St. Louis, Missouri.

Game Changer Wrestling recently announced that they will be holding a co-promoted event with VANGUARDIA called GCW vs. VANGUARDIA on October 14th in Pachuca, Mexico.

GCW also recently announced that Ernest Miller will be making an appearance for the company at their 4 Cups Stuffed event on September 2nd in Chicago, Illinois.

House of Glory recently announced a new match for the card of their High Intensity event on August 28th in New York City, New York: