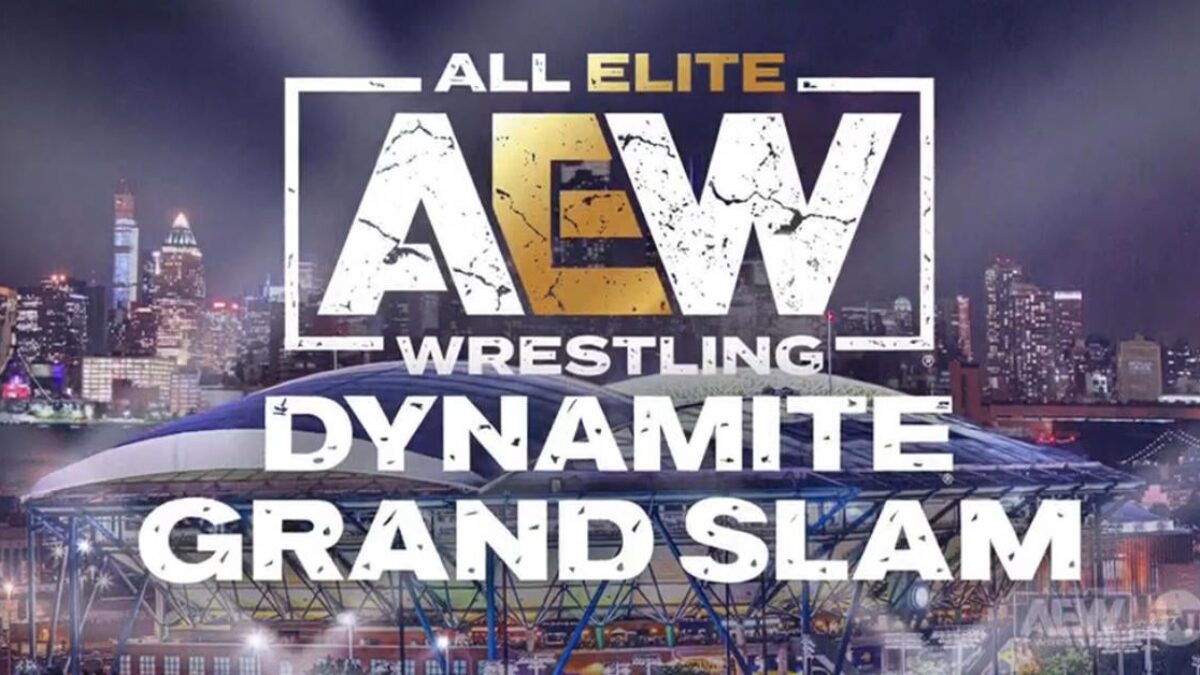 Khan stated that recent ticket sales helped push the show over the $1 million mark and the person whose ticket purchase put the event over that milestone, they will receive a commemorative Grand Slam chair signed by those who competed in the Tournament of Champions as a gift.

To celebrate the biggest live gate tomorrow night at AEW Grand Slam, we have a special gift for the ticket buyer who puts us at or above the $1 million mark for the first time ever: a commemorative Grand Slam chair signed by greats from the Tournament of Champions!

A recent episode of the 105.3 The Fan sports radio show had AEW CEO Tony Khan as the guest. One of the topics discussed included Khan revealing that he is currently working on plans for AEW’s Winter Is Coming special to be an annual event for the Dallas region.

“I really love this tradition we’ve built around the holidays and I love coming out in December to Dallas every year. That viewership is pretty good. People around Dallas, if we’re getting those Nielsen numbers and it’s looking good, I have a good feeling about coming back and bringing Winter is Coming back to Dallas again this year. Keep up the good work watching Wednesday Night Dynamite and Friday Night Rampage. If the numbers on TNT and TBS stay where they’re at and you all do a great job watching the shows and support us, why not, let’s keep it going. I love the Dallas market and I think there’s a good chance we’re going to come back again and do Winter is Coming again this year. Let’s do it.

As we get closer and closer to the big Winter is Coming event, that I think is looking to become hopefully annual around the (Dallas–Fort Worth) Metroplex.”

Dye Sporting Network held a recent interview with Leila Grey. One of the topics discussed included Grey revealing that she had signed a contract with AEW this past July.

“AEW has been fantastic. I’ve been working with them for probably a year and a half, doing the Dark matches. I started in March 2021. This past summer, in July, I was signed. Now, I’m part of the Baddies alongside the TBS Champion Jade Cargill and Kiera Hogan. Red Velvet, when she comes back, she’s injured right now.”