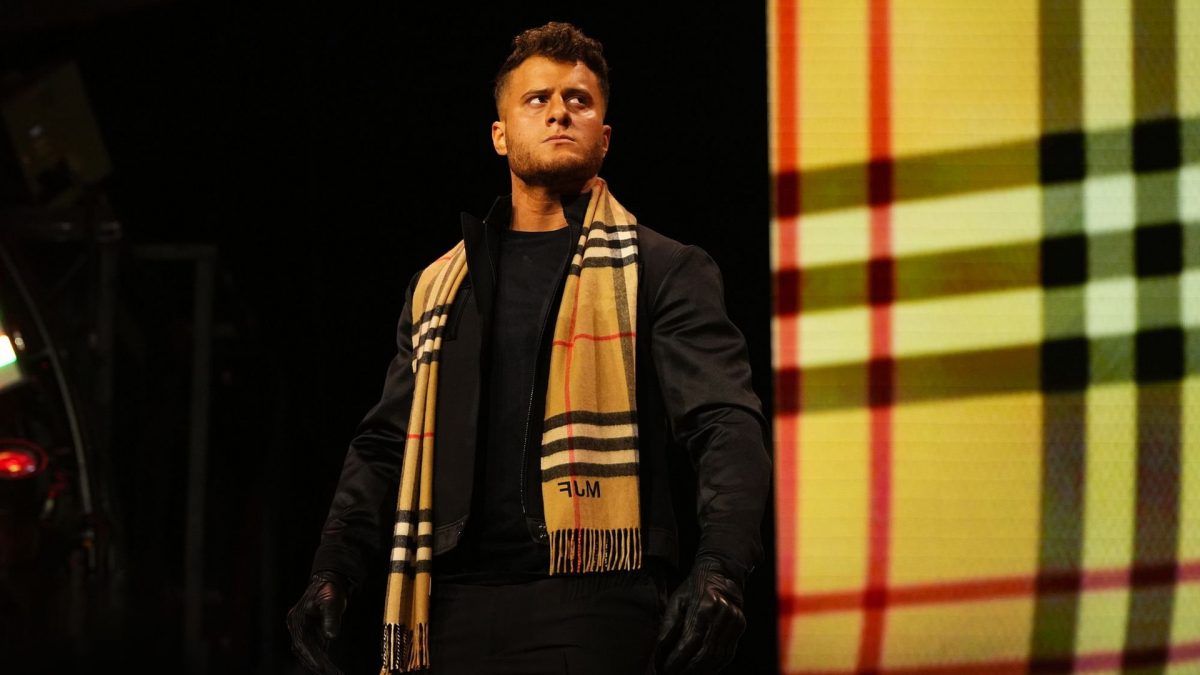 A recent episode of The MMA Hour with Ariel Helwani show had MJF as the guest. One of the topics discussed included his thoughts on the plane ticket rumors following his incident in Las Vegas prior to AEW’s Double or Nothing 2022 event this past May.

“I cannot confirm or deny there being a plane ticket. What I will say is this. I’m a businessman. I do what I have to do in order to ensure that what I need gets done. It got done. I’m back. I’m making a stupid, absurd amount of money now, and I didn’t have to sign a contract extension.”

MJF also gave his thoughts about his working relationship with AEW CEO Tony Khan at the time compared to now.

MJF also gave his thoughts on the reason that led to his return at AEW’s All Out 2022 event earlier this month.

“Money. I’m a simple man. I go out there, all I do is win. I’m winning in the ring. I’m winning on the mic. I’m constantly winning. Obviously, I had no problem with how I was being showcased. That wasn’t the issue. The issue was money. I was looking to my left and my right, and I was hearing rumblings about what guys were making when I was two times, three times the draw they were minute-by-minute. I’ve seen the analytics. I went, ‘That doesn’t work for me.’ I’m MJ freakin F. Pay up. Not just in AEW. Guys in WWE, guys in IMPACT, guys in Ring of Honor at the time … I’m not saying that I was or that I wasn’t. I’m just saying, I saw what a lot of top guys were making across the board, except I don’t pay attention to New Japan, that’s a garbage promotion. The fact that people still talk about it like it’s a thing is hilarious to me. Whatever.”

On the topic of being sent home following his incident in Las Vegas and heated rant promo on the June 1st Dynamite show, MJF stated:

“When I went home, I made it very clear to Tony Khan, ‘Pay up or daddy doesn’t show up.’ Fact. I took my now beautiful Fiance to Greece for two weeks. On the last three days of the trip we went to Venice in Italy. I then went home, and I stayed home. I did not leave my home because I did not one single solitary wrestling fan to see me out in the wild. They don’t deserve to see me unless I’m getting paid to be seen. That’s why the greatest trick the devil ever pulled was convincing the world he does not exist, which is exactly what I did for three straight months. I take what I do very seriously. If you want to see a star, pay to see a star. I stayed in my home. I went to a gym inside of my home. I did not leave my home. The only time I left my home was for those two weeks. I was committed to making sure that, if any wrestling fan wanted to get a taste of MJF, MJF needed to get that money, and I did.”

AEW announced that DJ Whoo Kid will be making an appearance for the company as the special guest announcer for this week’s Grand Slam 2022 show at the Arthur Ashe Stadium in Queens. New York.

During a recent interview with The MMA Hour with Ariel Helwani show, Action Bronson gave his thoughts on the process that led to his upcoming tag team match with HOOK against Matt Menard and Angelo Parker at AEW’s Dynamite Grand Slam 2022 event this Wednesday.

“They had the idea for me to walk him down to the ring. Then, I started training a little bit and they saw my athleticism and prowess … Create A Pro, I like to give them a plug because they showed a lot of love. It is a school, but it’s a dojo (run by Pat Buck). Taz got everything hooked up. Just started fucking around, teaching me shit. Nine-ten weeks ago and things started moving from there.”