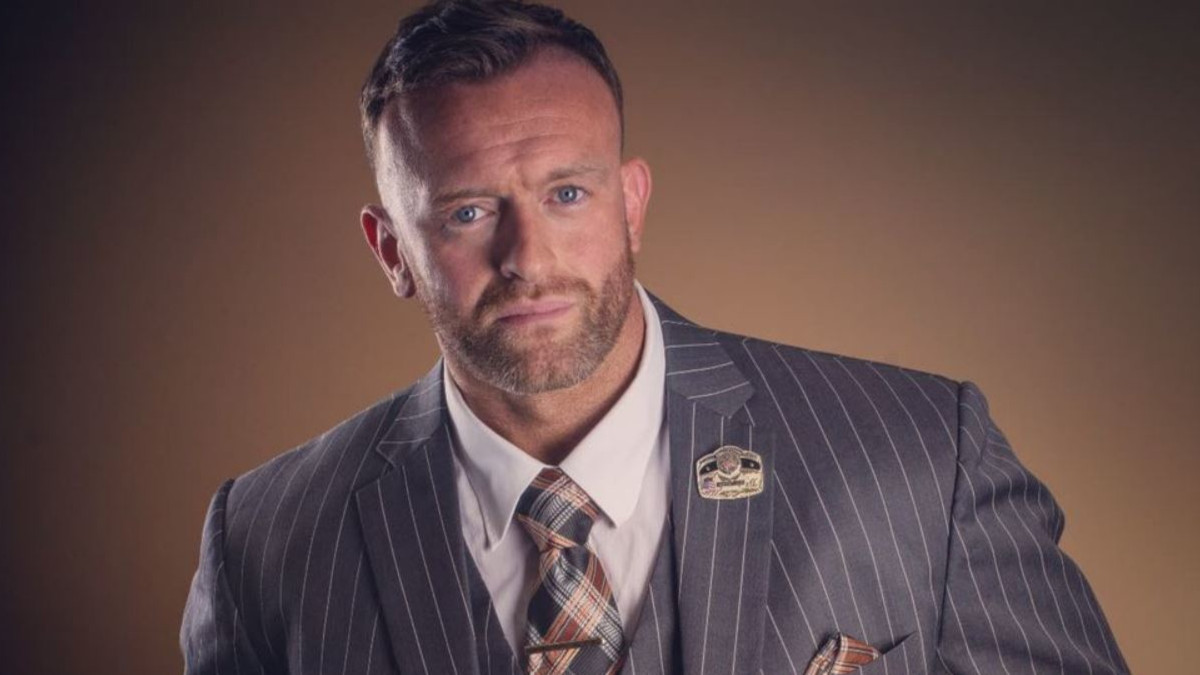 As noted before, National Wrestling Alliance talent Nick Aldis announced this past Sunday that he had recently given his notice of his intent to leave the company.

The NWA recently issued an official statement to PWInsider stating that they have suspended Aldis over his recent actions and have also pulled him off the card of their upcoming Hard Times III event this Saturday in New Orleans, Louisiana.

Pursuant to the recent comments made by Nick Aldis, the National Wrestling Alliance, has suspended Aldis from the main roster and effective immediately Aldis will not appear for the Hard Times 3 PPV and Revolution Rumble television tapings in New Orleans, LA on Nov. 12, 2022 and Nov. 13, 2022.

As such, the National Wrestling Alliance reserves its right to comment on this matter at a future date.

In a follow up statement, NWA Chief Operating Officer Joe Galli stated to PWInsider’s Mike Johnson that “this is not a wrestling angle.”

Following NWA’s statement, Aldis responded on Twitter apologizing to fans for not being able to make an appearance at this weekend’s NWA event. In a separate tweet, Aldis stated that recent comments made by NWA owner Billy Corgan over the lack of a second all-women’s Empowerrr event was one of the reasons factoring in his decision to want to leave the company.

Also, fans in NOLA: Sorry to disappoint but I was removed from the shows this weekend after giving my notice. I fully intended to fulfill my obligations to the audience but unfortunately the company doesn’t seem to share the same values.

If some of you are wondering whether stuff like this factored into my decision to give my notice you’d be correct. https://t.co/WY6kQGIU2B

In regards to Aldis’ issues with Corgan’s comments, Corgan had stated in a recent interview with NBC Sports’ Ten Count podcast that:

“I’m really intrigued by the interest in EmPowerrr. We continue to want to do it and we contonue to have discussions with other companies about working together to create a fresh EmPowerrr event. Last time I talked about it, I created some headlines because people took umbrage with the fact…in fact, I had Maria Kanellis, I’ve known Maria for many years and I love Maria, but even Maria called me out saying something about ‘we have women.’ Every company has the right to decide their level of standards. When you create a world-class event like EmPowerrr, and it was a world-class event, you set a very high standard of what you should expect. Of course there are plenty of great professional women’s wrestlers in the world. Can they wrestle the NWA style? Can they carry a three-hour pay-per-view? Can they move the case of women’s wrestling, not just in wrestling but in terms of international media, forward? These are my concerns. Everybody has their own version of it. That’s my version of it and that’s why I’m still on that. Until we can provide a world-class event with some of the best professional wrestlers in the world, in this case, females on the card, we won’t do it. All this weird howling that goes on about it is very strange to me because you’re taking a positive and making a negative out of a positive, that’s weird to me. Why would you take a positive…by the way, we put EmPowerrr as the first night of a two-night pay-per-view, on an anniversary show, and it drew, people cared. What if it didn’t and people didn’t care and it did horrible numbers? What if the matches were bad? You create a high watermark, you do something beautiful, make a big statement, and somehow it turns into a weird negative where somehow I’m running from it. I’m not running from anything. I’m talking about my reasons for why we haven’t done it yet. I continue to explore those opportunities. That’s it. It’s not more complicated than that …

There are a lot of great professional women wrestlers in the world, just like there are a lot of great male professional wrestlers. I don’t agree with a lot of the rankings. There are a lot of people on that list, that are very good, that are getting listed higher than their accomplishments. Is that a trendy thing? Flavor of the moment? That’s not to bury anybody. My point is, I see people listed high up in those rankings and I don’t agree with that. That’s not to bury those talents, I just don’t agree. There are people on that list that could not headline WrestleMania and there are people that could headline WrestleMania that aren’t high on the list, what does that tell you?

We live in a culture now where we talk about a lot of things that are super important. Diversity, empowerment, equality. It is the most disrespectful thing in the world to treat any class of people, no matter how you want to separate people, and I don’t like to separate people, treat as if they need a leg up or they need a helping hand. It’s the opposite. The whole concept of empowerment is to create opportunity. ‘I’m going to give you this opportunity and you’re going to kill it.’ We’re not here to cheat code anybody forward. Women, I’ve been saying it for ten years, I said in Forbes, ‘the future of professional wrestling is women.’ The business has too long, overlooked, one of the biggest marketing aspects of what makes professional wrestling great. I was Nostradamus about that. I called it early. Now, you’re bringing a lot of people to the table who ave not been pro wrestling for the last 30 or so years. This is all great stuff. People want to make controversy out of it. [expletive.] At the end of the day, we’re arguing about something that is great, not bad. This is awesome, it hast to be awesome to keep making the case. If you’re a fan, a casual fan, and you wander into an event like EmPowerrr, if you don’t walk out there feeling inspired then you haven’t done your job to that fan to make them want to comeback and buy that t-shirt. That’s the responsibility of the business. This is not the 1950s where we just throw anybody out there to make a spectacle. The women, traditionally, back in the day were treated like spectacles. It wasn’t taken seriously. Why do you think I bought the Mildred Burke belt? What Mildred Burke went through; mocked, humiliated, objectified, treated not like a serious pro athlete. She went on to draw more than most of the men in the business and then they were grumpy about it. I’m a convert. I’m there. I’ve been there. I put my money where my mouth is. Anybody that wants to make hay out of that, they can do that all day. You try to run a world class event, again and again, that’s what we’re here to do. That’s it. It’s not anymore complicated. You want to make it more complicated, have at it.”

In regards to the deteriorating working relationship between the NWA and Aldis, Fightful Select reported that they had recently contacted Aldis for an interview that has been postponed from publication due to Aldis’ suspension.

Aldis reportedly had stated that Corgan’s disrespect towards his wife Mickie James in the lead up and following NWA’s Empowerrr event was a huge reason why his working relationship with the company soured. It was reported that neither Aldis nor James spoke out about it publicly due to Aldis’ spot as the top name star in the company.

Several women talent who have regularly worked for the NWA reportedly stated that they felt disrespected over Corgan and Trevor Murdoch’s recent claims that there was not enough depth nor enough women who could work the NWA style to do another Empowerrr event.

In regards to the backstage reaction over Aldis’ departure and NWA’s suspension announcements, it was reported that those spoken to within NWA’s locker room were unsure if this situation was a work or not.