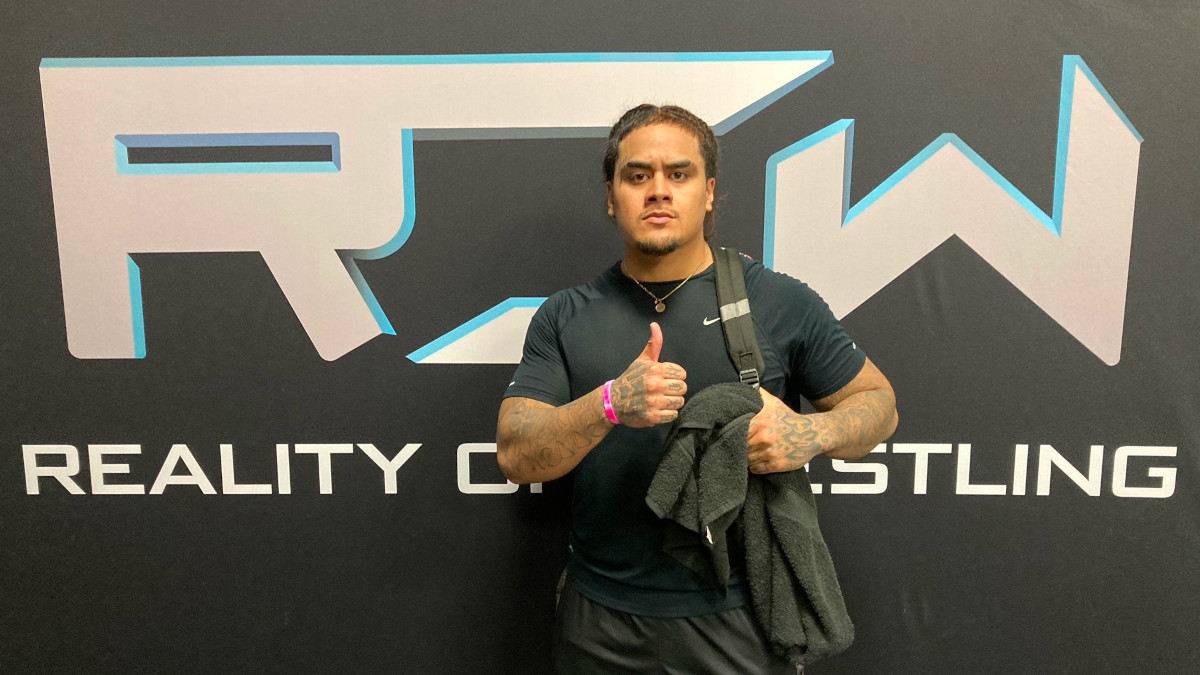 Reality of Wrestling announced on Twitter that Zilla Fatu recently joined their wrestling school to pursue a potential career in wrestling.

Fatu is the son of the late Edward Fatu, also known as Umaga in WWE, and cousin of WWE talents Solo Sikoa, Ava Raine, and Jimmy and Jey Uso.

His father Umaga was a part of Reality Of Wrestling and now he begins his own journey. pic.twitter.com/uBmPqpznqF

A trademark for “WWE Ring Leaders” was filed by WWE on December 1st for NIL-related purposes.

A trademark for “Mercedes Varnado” was filed by Sasha Banks on December 1st for wrestling and entertainment-related purposes. This is the real name of Banks.

A trademark for “Reign of Terror” was filed by MJF on December 1st for wrestling and merchandise-related purposes.

WWE Hall of Famer Barry Windham suffered a heart attack this past Friday and has been in ICU care since this past Monday, according to Windham’s niece Mika Rotunda. A GoFundMe fundraiser was recently launched to help financially assist Windham’s medical costs.

National Wrestling Alliance talent Colby Cornio’s contract with the company reportedly expires at the end of this year, according to BodySlam.net. Cassidy Haynes reported that his sources stated that Cornio is currently expected to leave the company once his contract expires and report to WWE’s Performance Center for a tryout.

All Japan Pro Wrestling recently announced that Jake Lee, TAJIRI, and Izanagi will be leaving the company once their current contracts expire by the end of this month.

Game Changer Wrestling recently announced that they will be holding a new event on March 19, 2023 in Toronto, Canada.

During a recent interview with The Angle podcast, John Skyler revealed that he recently signed a multi-year contract with Impact Wrestling.

Pro Wrestling Guerilla recently announced that Latigo and Daniel Garcia are the next official entrants for next year’s Battle of Los Angeles tournament on January 7-8, 2023 in Los Angeles, California.

Kyoko Kimura, mother of the late Hana Kimura, reportedly filed a lawsuit this past Tuesday against Fuji Television Network and the production companies of the defunct Terrace House reality series, according to Japan Times. It was reported that Kimura is claiming that the show was produced in such a way to make its viewers to dislike her daughter’s appearances on the show and as the cause of the online harassment by fans of the series that led to her daughter committing suicide over it in May of 2020. The lawsuit also claims that Hana had committed self harm following a scene shot for the show which the producers decided to air and did not seek help for Hana. Kimura reportedly is currently asking for around $1 million in damages from Fuji Television Network and the two production companies. (English translation via PostWrestling.com)