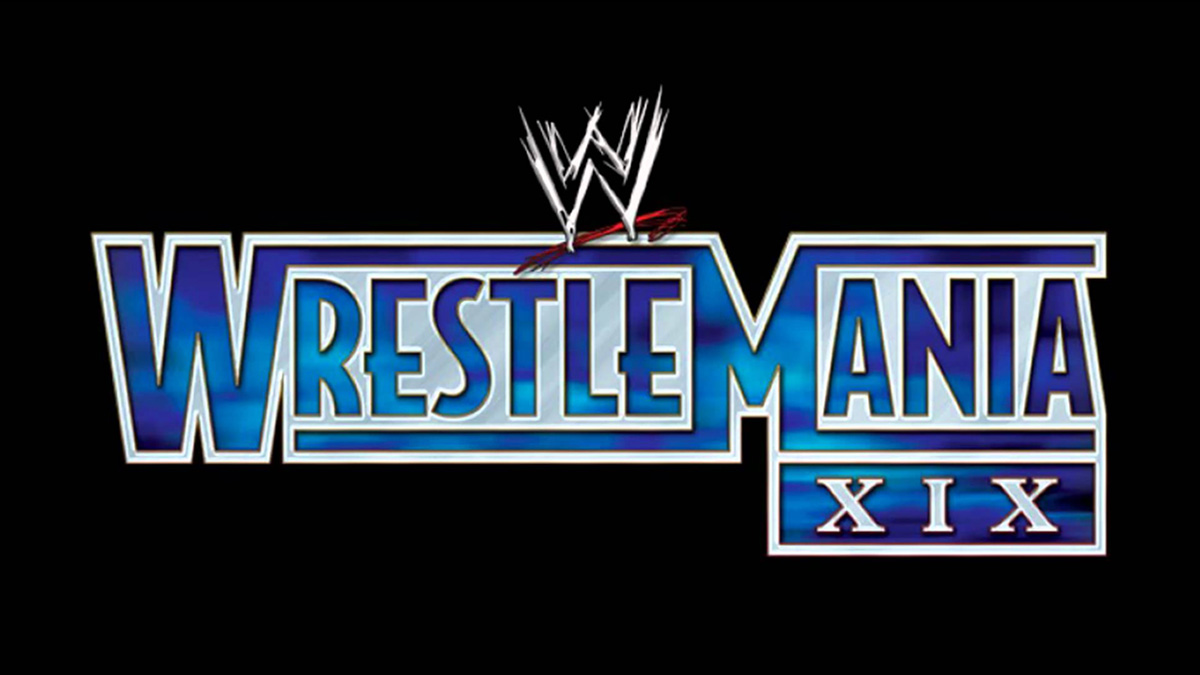 Rey Mysterio, Jr. vs. Matt Hardy, Version 1 (WWE Cruiserweight Champion) with Shannon Moore
The match is fast paced from the get-go. Shannon Moore attacks Rey several times without the referee seeing it. Twist of Fate by Matt Hardy, but Rey kicks out. Rey countered a Splash Mountain Bomb off the second rope with a Hurricanrana. Matt accidentally hit Shannon, the Rey does a 619. Matt got Rey in a roll up and held the ropes to get the win and retain the championship.

Limp Bizkit performs “Rolling.” The Undertaker comes out during it riding a motorcycle.

Trish Stratus vs. Jazz vs. Victoria (WWE Women’s Champion) with Steven Richards
Half Boston Crab by Jazz on Trish into an STF. Stevie Richards threw Jazz out of the ring. Rollup by Trish, then by Victoria. Jazz does a double Chicken Wing into a Pancake. Victoria missed a Shooting Star on Jazz. Trish does a Bulldog on Stevie. Trish kicks Victoria in the midsection and pins her to become the new Women’s Champion.

A promo for Goldberg is shown – He will be live at Backlash!

Tanya Ballinger vs. Kitana Baker
WrestleMania Catfight
The match takes place at a triple wide king sized bed! Before it starts, Stacy Keibler comes out to start a three way. Torrie Wilson comes out and makes it a four way match. They all fight with there tops off. They pull off Jonathon Coachman’s pants off and Tanya pins him and Stacey counted a three count. The match is over.

Triple H (RAW Heavyweight Champion) with Ric Flair vs. Booker T
Basic wrestling maneuvers by both men. Indian Death Lock by Triple H. Booker tries several roll ups, but only gets “a long two count” (according to Jim Ross). Flair was attacked by Booker when he tried to attack Booker. Booker does a top rope move on Triple H. Triple H does a Pedigree. Triple H lays his arm over Booker T and gets the win.

WrestleMania XX is announced as being at Madison Square Garden in New York City, New York.

Hulk Hogan vs. Vince McMahon
Street Fight – If Hogan Loses, He Has to Retire
Vince starts off with the upper hand in the match. The match ends up out of the ring. Hogan uses a chair on Vince, which makes him bleed. Hogan accidentally hits the Spanish announcer with a chair! Hogan is then hit with a chair. Vince gets a ladder. Vince does a legdrop from the top of the ladder onto Hogan who is on the Spanish commentator’s table! Vince gets a pipe, but Hogan lowblows him. Roddy Piper comes out! He hits Hogan with the pipe! Vince goes for the pin but only gets a two count. Vince throws the referee out of the ring. Two refs come out, one is the one that refereed the Bret Hart / Shawn Michaels match at Survivor Series 1997. Vince does a Leg Drop, but gets a two count. Hulk hulks up and attacks Vince and the referee. Big Boot by Hogan and then three Leg Drops. Hogan gets the win! Shane McMahon comes out dressed in a suit – he checks up on his father to see how he is doing.

Kurt Angle (WWE Smackdown! Champion) vs. Brock Lesnar
Lesnar does a Press Slam on Angle. The two do a lot of amateur wrestling moves. Spinebuster by Lesnar. Three German Suplexes by Angle. Angle does the Ankle Lock on Brock. Angle did a very nasty Release German Suplex! Followed by an Angle Slam. An F5 by Lesnar only gets a two count. Angle then does an Ankle Lock. Lesnar does another F5. Brock does a Shooting Star Press but Angle kicks out of the pin. A third F5 by Brock. Brock then gets the pin to win the championship!