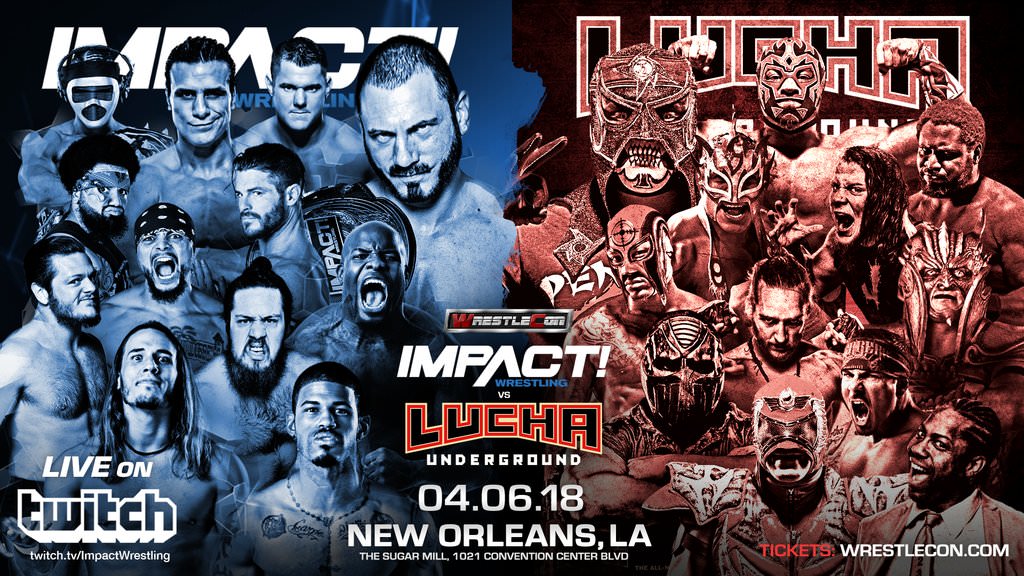 Report by Ryan Cook of Fightful.com 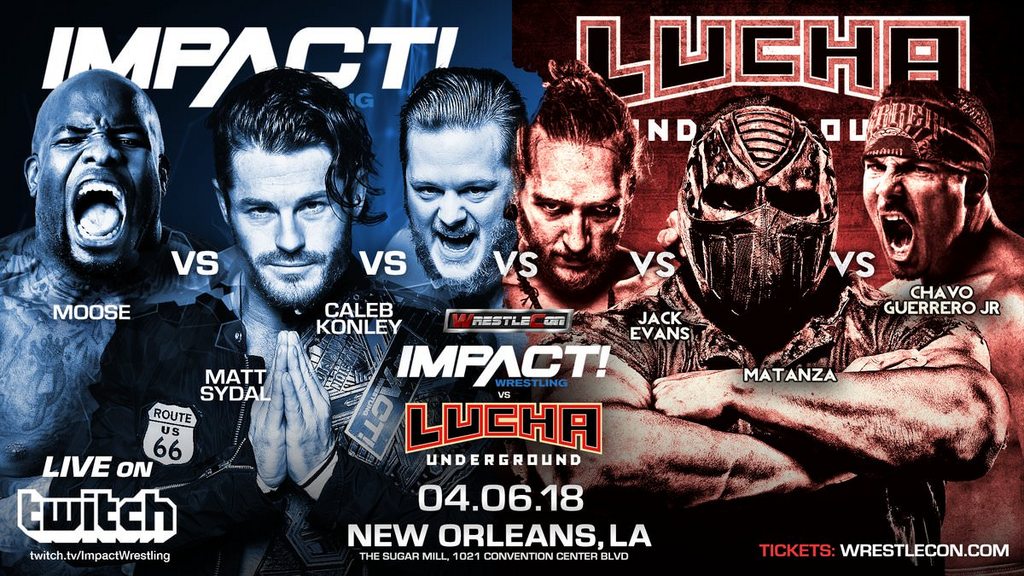 Matanza then picks up the pin and the win for his team with Wrath of the Gods to Caleb.

Allie then gets a near fall off of a DDT before hitting a backstabber into a codebreaker for the pin and the win. 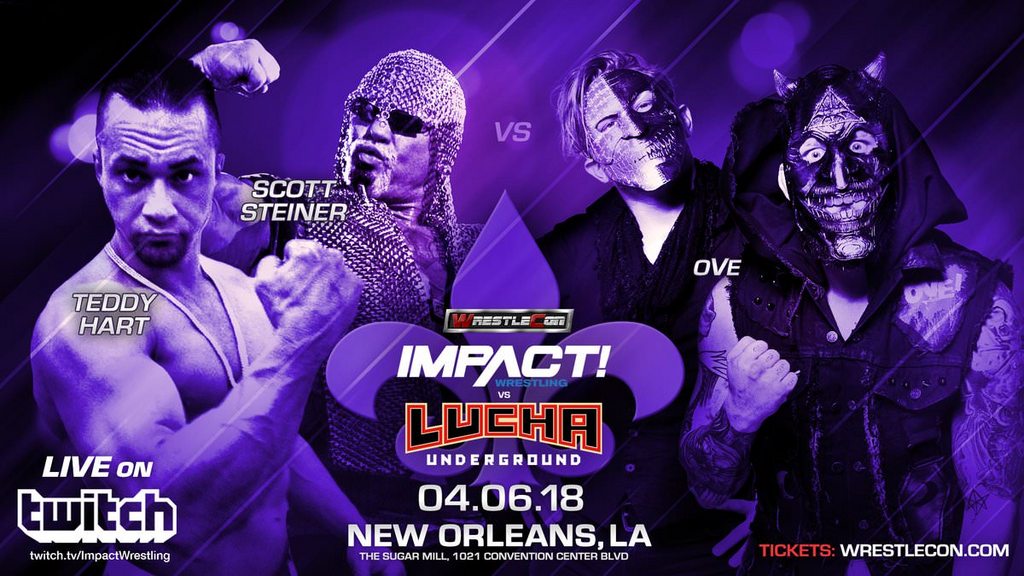 Teddy is in control of both Crist brothers to start the match before oVe come back and start double teaming Teddy. oVe are in control for majority of the match as Scott looks on, dying to get in the ring, finally getting in when Teddy comes back with a code red and tags Scott in. Scott hits a high angle back drop to Dave before suplexing him, then Jake tags in and gets caught coming off of the top. Scott hits a flat liner and a fall away slam before forcing Dave to tap out with the Steiner Recliner. 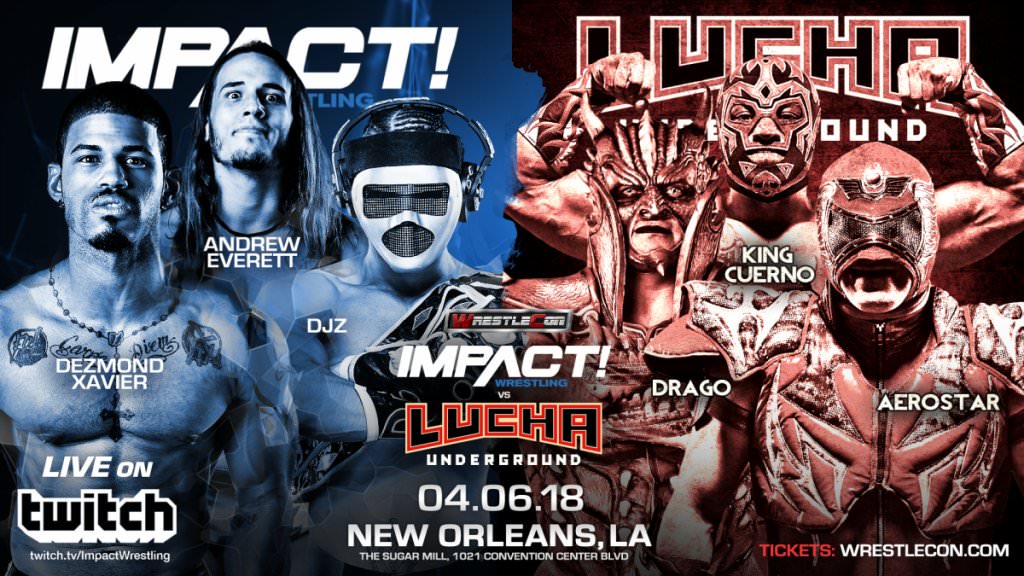 Andrew and Drago start the match at a rapid pace before Drago rolls out of the ring and tags Aerostar in just as DJ tags in. They exchange flips and go back and forth until DJ sends Aerostar out of the ring and tags Cuerno in, Dezmond tagging in as well. Cuerno and Dezmond take turns posing before Dezmond dropkicks him for a quick two count, then Cuerno overpowers Dezmond and beats on him in the corner with kicks and knees before Dezmond drops and sends him out of the ring with a back elbow. Cuerno catches Dezmond when he goes for a tope before Dezmond hits a cutter out of nowhere and tags Z in. Everyone takes turns diving to the outside before Andrew hits a missile dropkick to Cuerno when he goes for a suicide dive.

Drago superkicks Andrew before Andrew and Z hit a series of moves including a 450 splash for a near fall that Aerostar breaks up. Aerostar hits a rolling cutter to Z before Dezmond hits a 619 and a back flipping Pele kick, then everyone hits a move before Cuerno forces Andrew to tap out with a reverse figure four for the tap and the win.

Trevor Lee vs. Marty the Moth

Famous B ends up having Marty the Moth come out and wrestle instead of him before Marty immediately goes after Lee and sends him out of the ring and beats on him at ringside and up the ramp. They get back in the ring Lee takes control until Marty comes back with a series of clotheslines and goes for the Moth-Ra only for Lee to capitalize and counter into a roll up for the pin and the win. 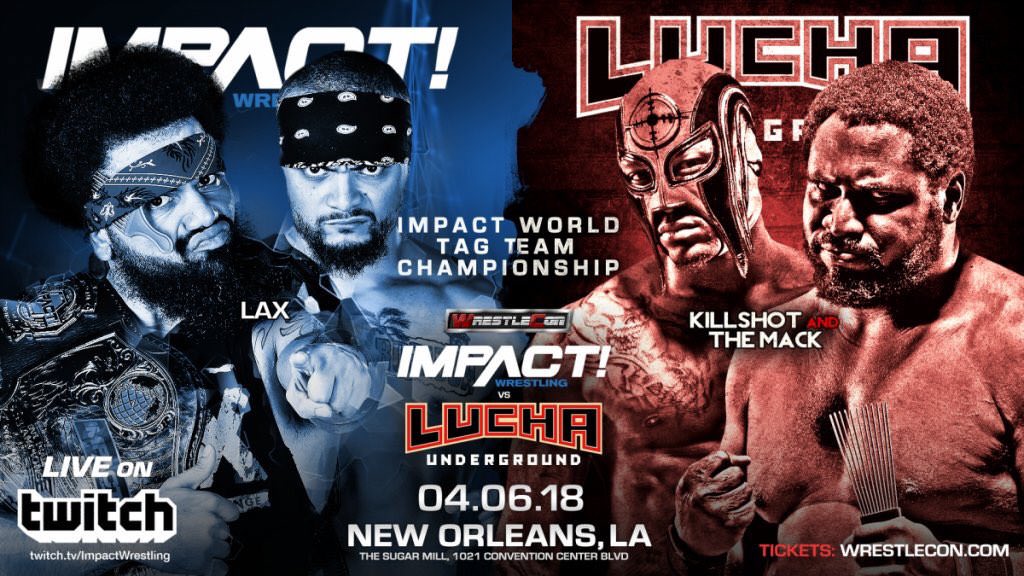 Ortiz and Killshot start the match off by countering each other until Ortiz sends Mack off of the apron and tags Santana in, the two double teaming Killshot before Santana beats him down in the corner with a series of punches and stomps. Killshot catches him coming in and drops him with a series of kicks before tagging Mack in. Mack easily overpowers Santana before Santana hits a huricanrrana. Mack hits a running splash in the corner before dropping Santana with a jumping clothesline and tagging Killshot back in. Killshot and Mack double team Santana and keep him isolated in their half of the ring until Santana counters a dead lift German suplex into a cutter and he and Ortiz hit a series of double team moves to Mack for a near fall.

Mack comes back with a pop-up punch into a t-bone suplex before everyone gets in the ring and hits a move, then Mack and Killshot double team Santana in the corner for a very close near fall that Ortiz breaks up. Mack and Killshot hit a doomsday device sit-out powerbomb for a near fall before LAX come back with a series of double team moves for a near fall of their own. LAX then hit a variation of poetry in motion before hitting 5150 for the pin and the win. 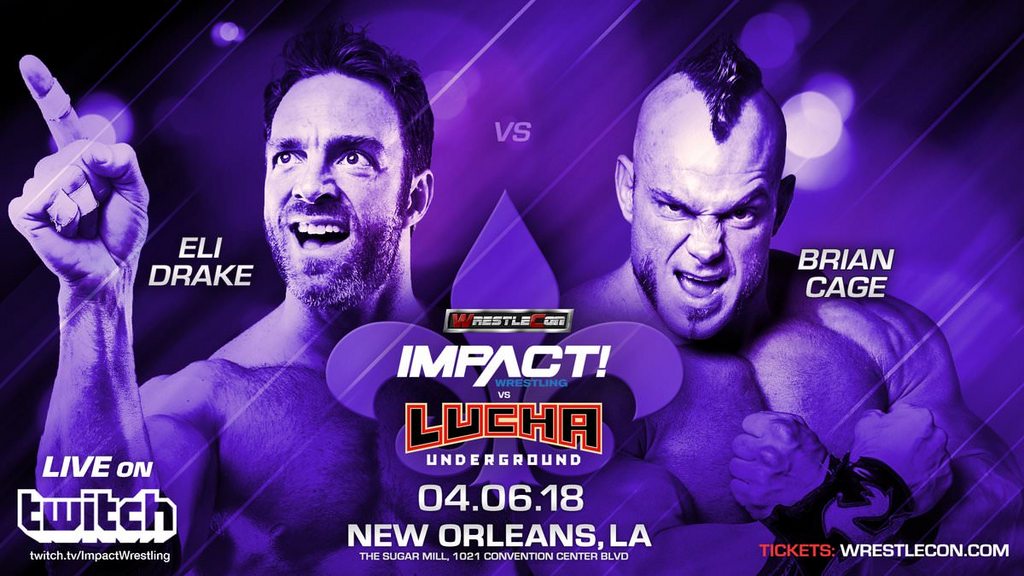 Drake gets on the mic and talks for five straight minutes before and during the match until Brian drops him repeatedly, then Eli comes back and manages to keep Cage down by dropping him across the top rope and hitting a series of neckbreakers for a quick two count. Brian fights out of a headlock before dropping Eli with a series of shoulder tackles only for Eli to hit a powerslam and play to the crowd. They counter each other until Brian hits a spinning neckbreaker and a release German suplex before Brian hits a superplex for a near fall. Eli hits a superplex of his own for a near fall before Brian gets a near fall off of a discus lariat. Brian then counters the Gravy Train into Weapon X for the pin and the win. 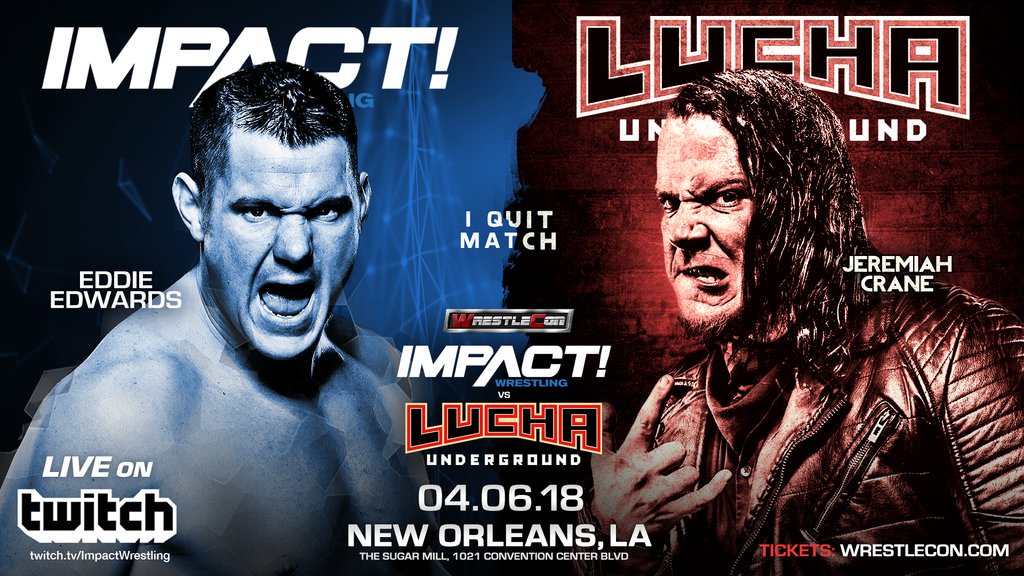 Eddie throws chairs at Crane repeatedly before hitting the Boston Knee Party with a chair after Crane flips him off. Jeremiah sends Eddie into a chair with a DVD before putting a chair around his neck and choking him with it. Jeremiah gets a piece of the railing and brings it into the ring before setting it up in the corner and gets powerbombed onto it for his troubles. oVe come out and distract Eddie before Crane hits him with a chair, then Crane gets a baseball bat out from under the ring before killing the referee. Don Callis then comes out and throws in the towel for the stoppage. 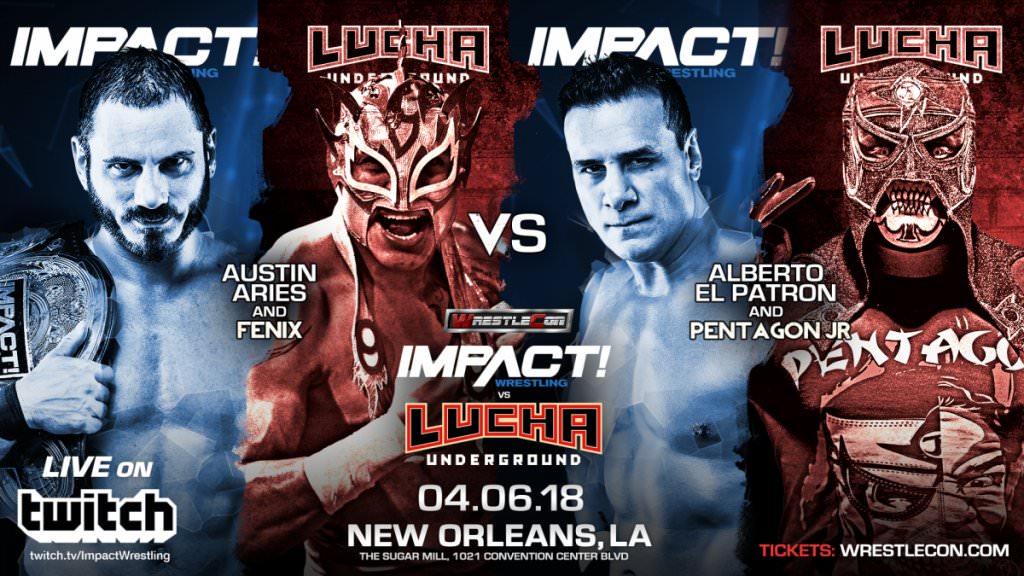 Before the match it’s announced that the tag match will now be a triple threat match. (Reports are that Alberto El Patron either no-showed or was sick.)

Pentagon gets a near fall off of a powerbomb after sending Austin out of the ring, then picks up the pin and the win with the Pentagon Deicer.