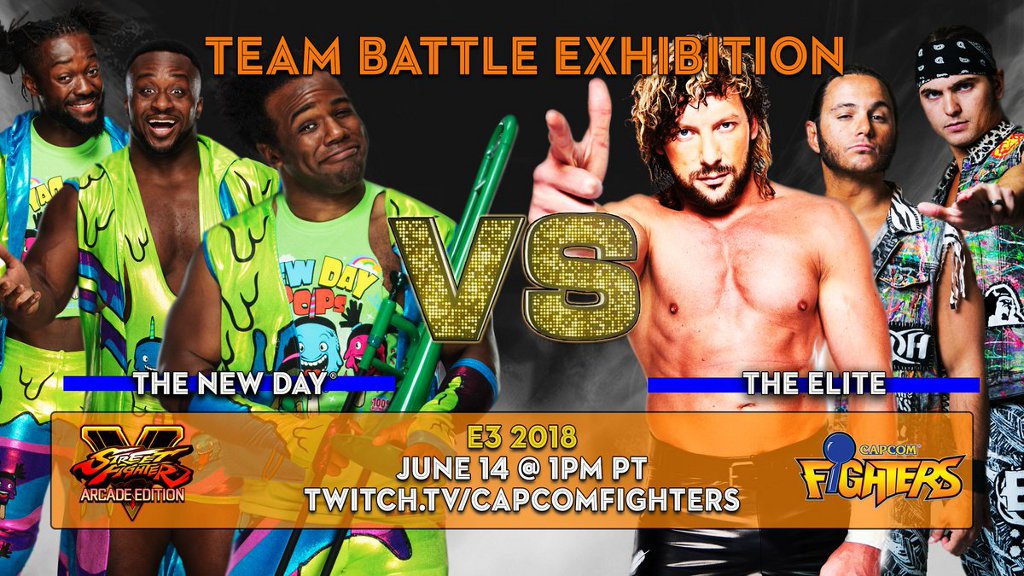 WWE recently announced The New Day will be facing off against The Elite in a special Street Fighter V team battle exhibition match during this week’s E3 event.

The announcement was initially made last week on Capcom’s official Twitter account for Street Fighter V with Xavier Woods challenging Kenny Omega to a Street Fighter V bout at E3. Unlike their previous encounter, Woods revealed this was not going to be a singles match but instead a team match featuring The New Day on Woods’ side. The Elite will be represented by Omega and The Young Bucks.

NJPW Dominion was a prime example of Pro Wrestlers understanding who they are and what pro wrestling is, better than any writer ever could.

Sometimes you just gotta let the artists be artists.

Melbourne Championship Wrestling announced the card of their MCW 100 event on August 18th in Essendon, Australia features a singles match of Tetsuya Naito versus Jonah Rock.

Joey Janela announced he will be holding another themed event this summer called Joey Janela’s Lost in New York. This event will occur on August 17th in Queens, New York and will be co-promoted with Game Changer Wrestling.