The New Day Release a Statement About Hulk Hogan 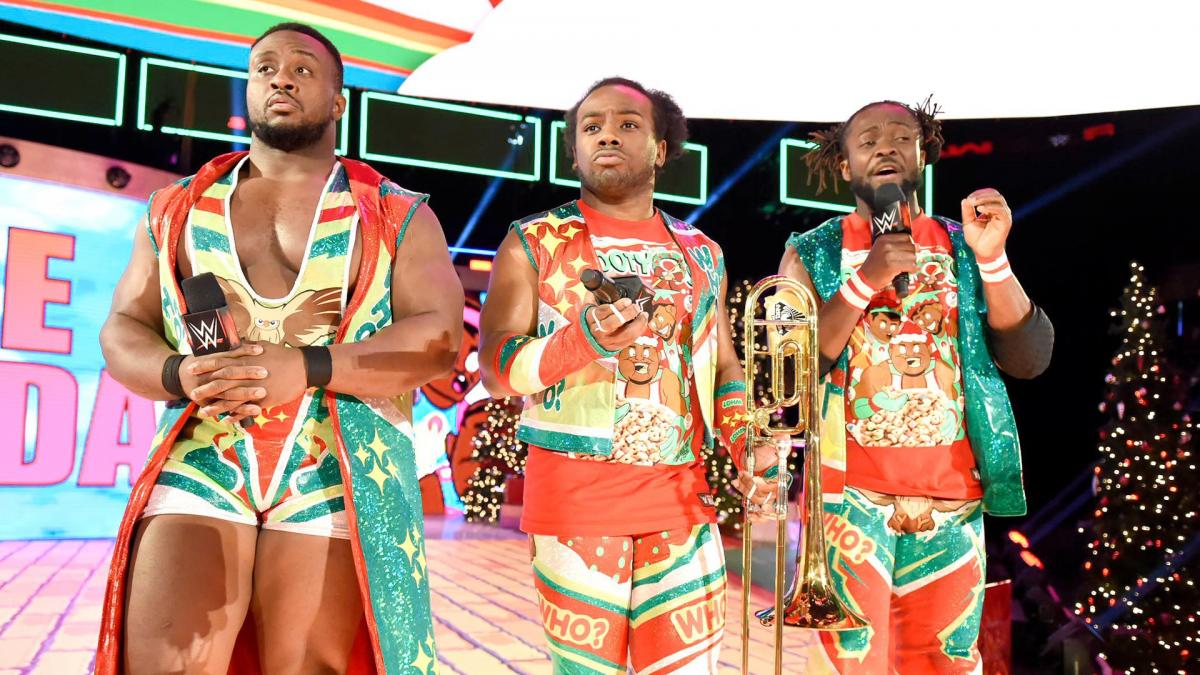 The New Day released a statement on the possible return of Hulk Hogan.

To the WWE Universe and whoever else it may concern:

This will be the only statement we will make regarding Hogan’s reinstatement into WWE’s Hall of Fame. We do not wish to spend the energy debating the point, because between our kids, our external ventures, and this job, our energy is spread thin enough already, lol.

We are only writing this simply to provide an answer to the many who have bombarded us with questions on where we stand on the issue.

We preface this statement by emphasizing that this is our own opinion and may not necessarily reflect the opinion of anyone else affected.

How do we feel? Indifferent. We are not happy, or sad, angry or resentful. Who WWE puts into the HOF is totally and completely up to the company and from a career standpoint, there is no argument on whether or not Hogan should have his place. We have no problem with his re-induction in the slightest degree. It is impossible to even begin to mention the history and evolution of the business without mentioning his name and accolades.

On a personal level, when someone makes racist and hateful comments about any race or group of people, especially to the degree that Hogan made about our people, we find it difficult to simply forget, regardless of how long ago it was, or the situation in which those comments were made. But we also do not respond with more feelings of hate. Instead, we just do not associate with the people who convey or have conveyed this negative and hurtful mindset. This instance will be no different. Perhaps if we see him make a genuine effort to change, then maybe our opinion will change with him. Time will tell.

Through the course of our lives, people have used racist comments towards us and it doesn’t feel good. But if we stopped moving forward every time we were met with prejudicial hatred, then we would have never achieved our current accomplishments.

We know we are worth it, we know our kids are worth it, and most importantly, we know that people that look like us are worth it and always have been. There isn’t a person on this planet who will be ever be able to say anything to make us think otherwise because we believe in ourselves as a people and don’t need anyones approval on that, regardless of who they are.

Having said that, his reinstatement won’t change anything for us. It will have zero effect on our ability to perform or the level of effort we will put into doing what we love to do, and that is: To deliver an entertaining product each week for our fan base.

‘Never trade your authenticity for approval.’

Titus O’Neil also tweeted his support for the statement:

In FULL AGREEMENT AND SUPPORT OF EVERYTHING SAID IN THIS STATEMENT. MY additional response to this from to follow as there have been NUMEROUS ERRONEOUS reports on my Views and Response-to this situation. https://t.co/jCjtAusYW9

Mark Henry said in an interview on Monday that it’s a “50/50” split among black wrestlers he’s talked to about Hogan, with some saying, “to hell with him,” and some saying, “if he’s willing to make a change and try to help out and speak out and be a part of the answer rather than a part of the problem, then it’s all good.”