Daniel Bryan & Brie Bella vs. The Miz & Maryse Announced for Hell in a Cell 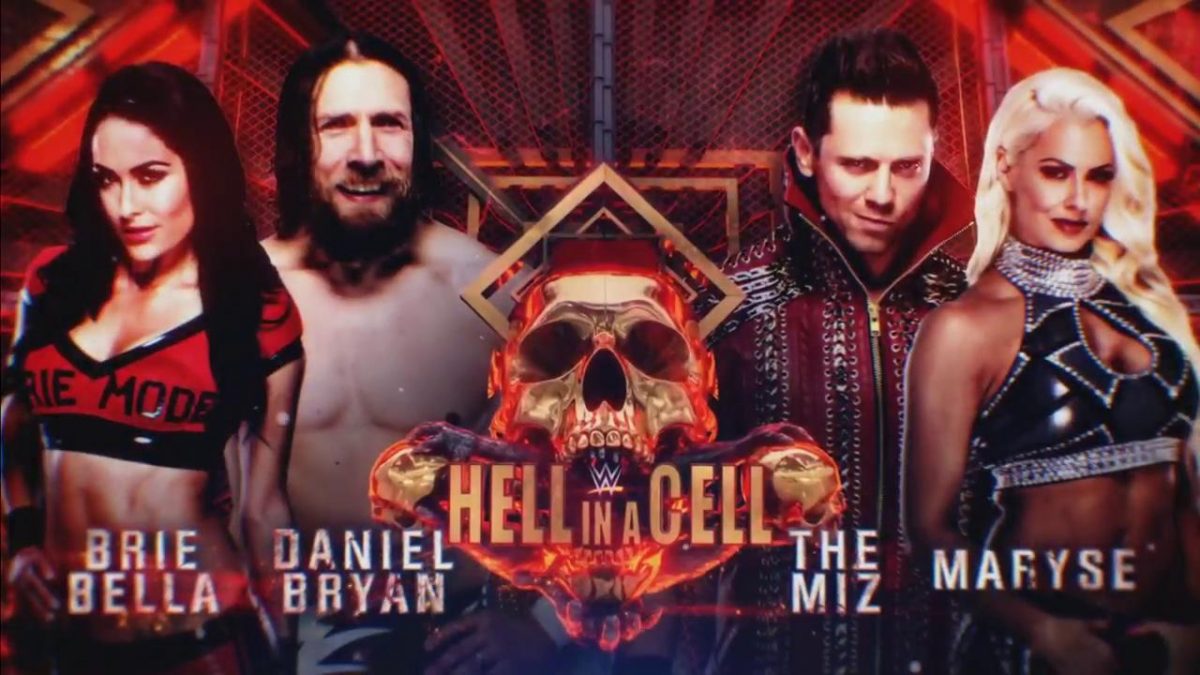 A mixed tag team match with Daniel Bryan and Brie Bella facing The Miz and Maryse is the first match announced for the September 16 Hell in a Cell PPV.

In an in-ring segment on SmackDown tonight, Daniel Bryan told The Miz that he spoke to GM Paige and she booked the match.

During the segment, Brie Bella ran down to the ring and punched The Miz in the face after Maryse was chased off.

Maryse’s last match was at WrestleMania 33 in 2017 where she teamed with Miz in a loss to John Cena and Nikki Bella. Before that, her last match was in 2011.

Brie’s last match was at the women’s Royal Rumble earlier this year and before that, WrestleMania 32 in 2016.