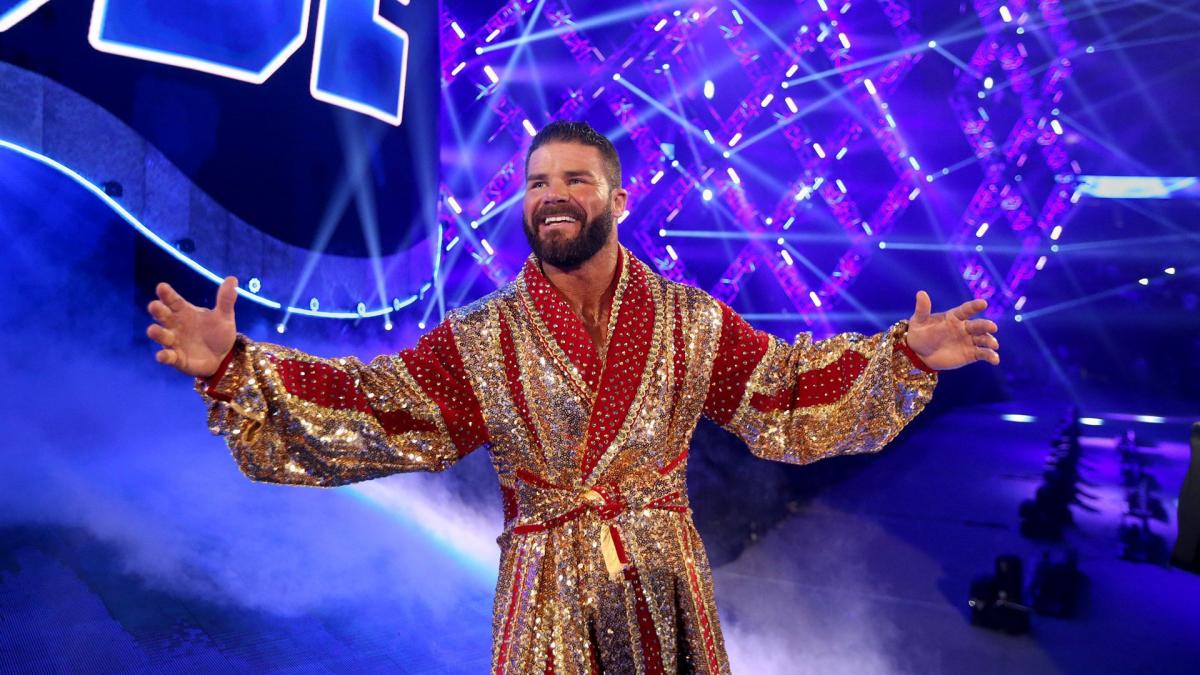 Bobby Roode was a guest on Chasing Glory with Lilian Garcia and here are a few of the highlights:

The story of his WWE debut in 1998: (11:19 – 12:23)
“We were backstage at RAW and Sgt. Slaughter was in charge of all the extra matches and the dark matches and the enhancement matches, I guess you can say. So I was one of the guys who was just hanging around and I remember Perry Saturn had a match. Perry was with Terri Runnels and they were just kind of getting started I believe around that time. They had a match on, I believe I want to say it was Sunday Night Heat back then. Perry needed an opponent for an enhancement match as a quick 5 minute match and I think Terri must have mentioned something to Sarge and Sarge came up to me and was like, ‘Yeah, we need you to work with Perry tonight.’ and I was like, ‘Woah, okay! Here we go.’ and I went out there and actually had a fairly decent match with Perry. That was 98’ so from 98’ to 2004, I probably showed up at WWE TVs, I’m gonna say at least a dozen, if not more times just to network and show my face and show them that this is where I wanted to be.”

Being an introvert in the wrestling business: (24:38 – 25:40)
“Rule of thumb, unwritten rule: you’re in the locker room, shake everybody’s hand and say ‘Hello.’ and that was tough for me. First of all, I don’t know these guys and a lot of these guys that were there were guys I used to watch on television and kind of be a little starstruck or whatever and didn’t want to seem like you didn’t want to say ‘Hello.’ but that was a big obstacle for me to overcome was doing that. A lot of times the thing that bothered me the most was that people thought I was-not everybody, but until they got to know me, people thought I was a bit of an asshole because I didn’t speak to them. I wasn’t. I don’t think there’s anybody in this business I can honestly say and the one thing I’m very proud of is, I don’t think I’ve made any enemies in this business at all. I’ve always tried to be very professional at all times. I always came off like a snob and people would say that after they got to know me, ‘Man, I thought you were such an asshole when I first met you because you didn’t talk to anybody.’ and I was like, ‘It’s not that I didn’t want to talk to anybody, it’s just who I am.’”

Being a WWE Superstar while having kids: (37:45 – 38:30)
“They’re a little older now, but when they were younger, it was tough. My youngest has played at a high level of sports since he was three years old, kind of like how I was. It was always difficult for me. The TNA schedule was very easy because we were never on the road a lot, but the last 2 years-even NXT I had some weekends off, but especially this last year since being called up, every weekend I’ve been gone. Thankfully in a way, it’s weird to say this, but I’m glad he’s older because if he was like 8 or 9 years old or even younger and I was missing everything, I think that would bother him more, but he gets it and both my kids love the fact that I’m in the business and they think it’s cool and are fans of the business as well.”

Speaking with Triple H for the first time and being invited to NXT (46:25 – 47:30)
“He goes. ‘Hey, what do you want to do here? You’re going to be 40 years old. I know you’ve had a long career and been in the business for a while. Do you want to come down and be a coach? What are you looking to do?’ and I was like, ‘I’m going to be honest, I don’t want to coach-I mean eventually, I’d love to, but the schedule that I’ve had the last 3 years at TNA has been very light and I feel like I’ve got a lot left in the tank and a lot left to give and I’d love to have an opportunity there, that’s all I want is an opportunity.’ ‘Okay cool. We’ll give you an opportunity. We’ll give a shot and see where it goes.’ So they flew me down to WrestleMania 32, went down there, met Hunter face to face. Kind of met everybody, met the crew, and I just immediately felt at home. I know what I said, ‘I don’t like change.’ but I walked in there and everybody was really cool.”

His response when people say “from glorious to lusterless”: (54:23 – 55:57)
“It fuels me, it definitely fuels me, but in a way, they don’t get it. They don’t know what’s going on. For me, it’s patience, it timing. Like I said, ‘Timing is everything in the business.’ and people can say whatever they want, but I came up here, I came up to Smackdown and had a great run there. I got work with Randy Orton, I got to work with Shinsuke, I got to tag with those guys, I got to work with AJ tagging. It may not have been on television, but Live Events and different things, I got to work with some amazing people, and became the United States Champion, was a part of a WrestleMania. I haven’t had a weekend off in a year. Even though you don’t see me on television every week, I’m still working, I’m still doing stuff and having great matches. I came over to Raw for the draft and I was the surprise tag partner for the Main Event, coming over from Smackdown. I Main Evented Money in The Bank and that was just two months ago, so it’s funny how people can think, ‘Oh, he’s not doing anything, he’s lost everything, or he’s nothing more than a midcard guy.’ Just be patient. I honestly think if you work hard enough and you take every opportunity they give you here and make the most of it, the cream always rises to the top.”