Interview: Ember Moon on RAW Debut, Be a Star, Her Grandfather, More 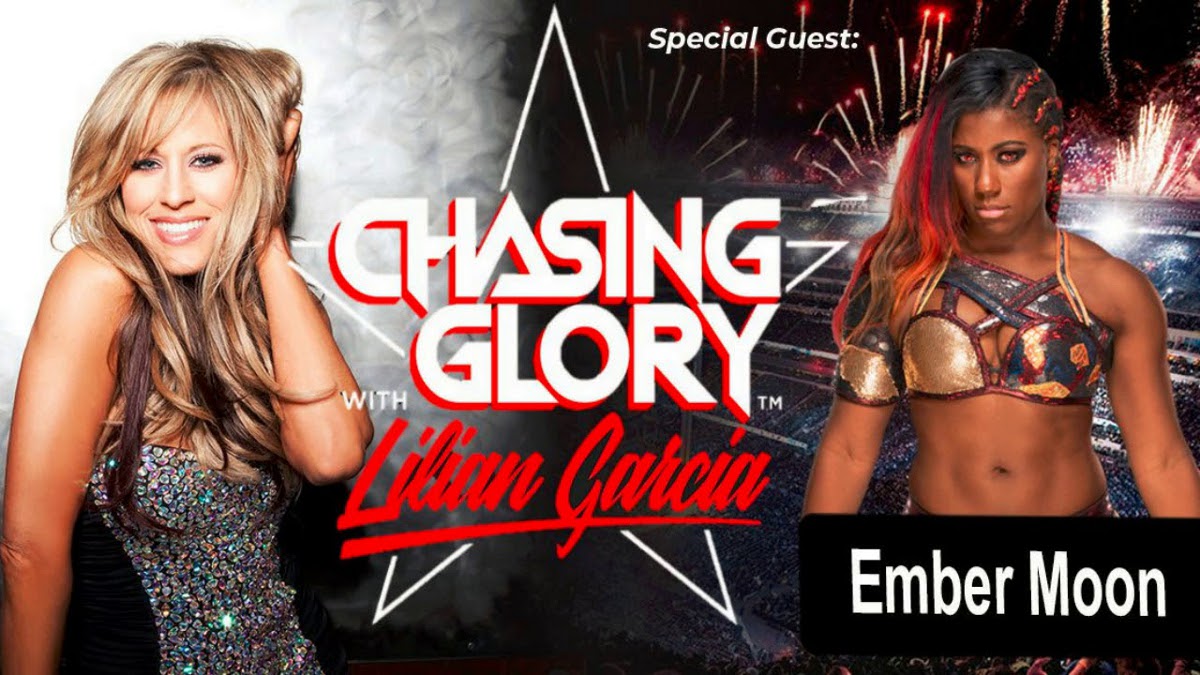 Ember Moon was a guest on the Chasing Glory with Lilian Garcia podcast and she discussed her debut on RAW, WWE’s Be A Star’s influence on her life, her grandfather’s impact on her wrestling career, and more.

On the topic of her debut on RAW, Moon stated it was a very amazing moment to experience.

“We were the first match. I was introduced by one of my close friends, Nia and it was amazing. I think it’s one of the few times that I‘ve just taken a step outside myself and just enjoyed something in the moment and not thought about, ‘Okay, I’m gonna have to go down there, I’m going to do this to this girl, I know her weaknesses, I know this.’ My music hit and little kid in me was just jumping up for joy, teenage me that went through so much in middle school and high school. It was so amazing and to just know my grandfather who had always pushed me into following this dream when I had gotten older. It was great, it was like a sense of accomplishment, but never ever have I just sat there and just revelled in it for a moment.”

On the topic of the influence WWE’s Be A Star had on her life, Moon stated she was bullied a lot as a child and felt suicidal at times but overcame those issues due to the impact WWE’s anti-bullying campaign had on her life.

“I don’t think I ever would have gone through with it, but I was like, ‘Man, if I just wasn’t here, life would be better’. God, I’ve never told anyone that. Like I said, I’m a big advocate of Be a STAR and this is for that reason because without WWE/WWF at that time, I don’t know if I would have been able to endure that going through high school. I became such a big fan of WWE.”

On the topic of her grandfather’s impact on her wrestling career, Moon stated he was very supportive of her dreams to become a professional wrestler. She also stated she struggled for a while to maintain her passion for wrestling following his passing.

“I remember watching Monday Night Raw, girl’s match came on. I had kind of been told he was fading, but I didn’t quite comprehend what was going on. We were watching and I was just being crazy, fangirl me, and I remember him turning to me and saying, ‘You really love this, don’t you?’ and I go ‘Yeah!’ and he goes, ‘You really want to do this, don’t you?’ I go, ‘Man I’d love to do this, but nah, I won’t be able to do it.’ and he’s like, ‘Don’t let anyone take that away from you. I can see you up there one day. You don’t listen to anyone else. If thats what makes you happy, you do that.’ A couple of weeks later, he passed away. That was the last time I saw him. He kind of talked me into it and for a year after that, I was angry. I was so bitter and it reminded me of being bullied because I didn’t have that light. I love my grandma don’t get me wrong, I went and spent tons of time with her, but there was just something missing. I stopped watching wrestling because he loved it so much, I felt like I couldn’t be happy without him.”

On the topic of not being given a third tryout by the WWE, Moon stated she was upset the most at being rejected due to her looks and used it as motivation to become a better wrestler.

“I got the news that they weren’t going to hire me the third time right before school started, and I just took that semester off because I was just bummed out. I remember getting that phone call and they said, ‘It’s a no.’ I said, ‘Is there anything I did wrong?’ ‘Nah, it’s just a no.’ and beforehand when I’ve gone to FCW, they were like, ‘Oh, you just don’t have a Diva look, you’re not a Diva. Yeah you’re cute, but look at them, look at you.’ It was a different time period and those girls were drop dead gorgeous, but at the same time I’m like, ‘Man if I would have gotten hired then, I wouldn’t be the person I am today, I wouldn’t be the athlete and the entertainer that I am today,’ because once WWE gave me that third no, I basically was like, ‘Screw you, I’m going to go make a name for myself on the Indies and I’m going to make you take me. I’m going to make you want me.

Other topics discussed during the interview included being bullied during her childhood, keeping her wrestling career a secret from her mother, and some life advice on being different than others.