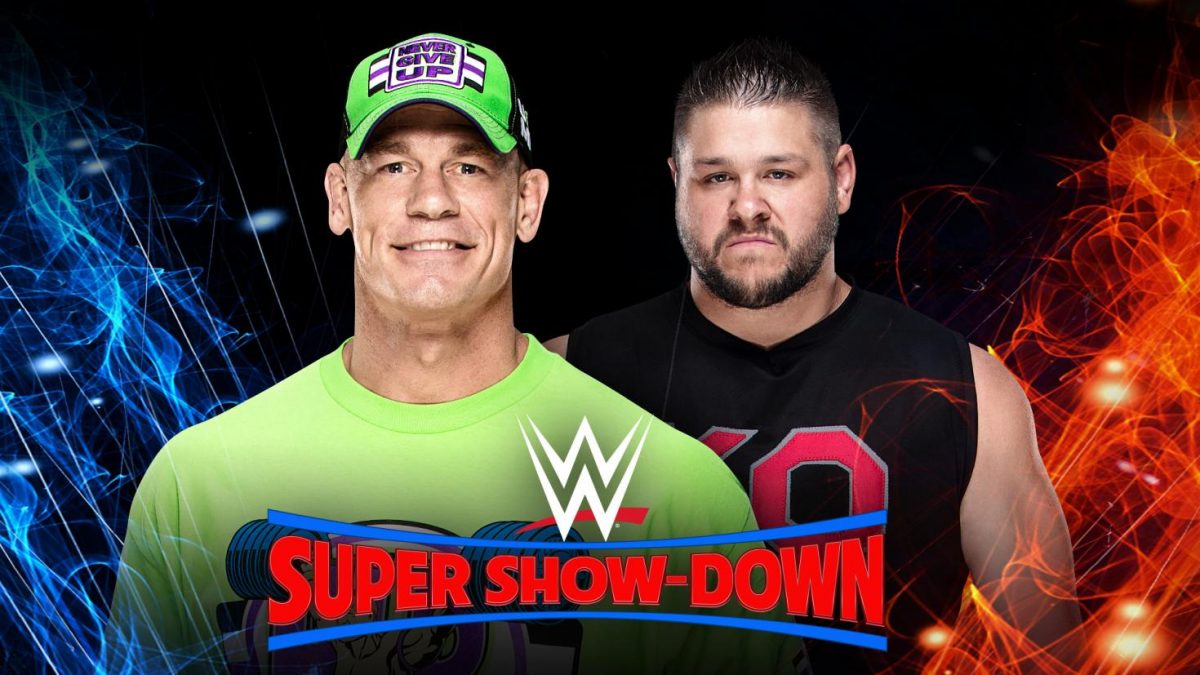 WWE announced that John Cena vs. Kevin Owens has been added to the WWE Super Show-Down PPV on October 6 in Melbourne, Australia at the 100,000+ seat Melbourne Cricket Ground.

The Undertaker vs. Triple H is the only other match that’s been announced so far.

The show will apparently take place at 6 PM Melbourne time, which would be 4 AM ET on Saturday morning/Friday night.