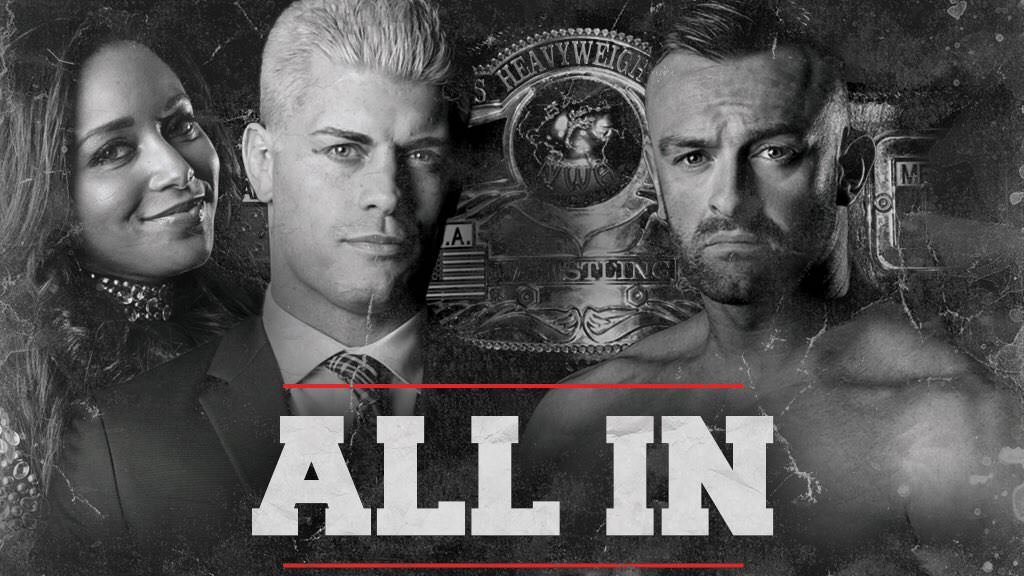 All In Card Update

Earl Hebner will be the referee for the NWA Worlds Heavyweight Championship match between Cody Rhodes and champion Nick Aldis at this Saturday’s All In event. The announcement was made during the official All In press conference and match weigh-in held earlier today.

Goldust recently wished good luck to his brother Cody Rhodes ahead of his match at All In.

Hey little brother @CodyRhodes , I want to wish you the very best as you go #AllIn and fight for the coveted #NWAWorldHeavyweightChampionship . The world is watching you and what you have done is incredible. Try to enjoy the magic created. #ILoveYou #AllIn #BeAtHomeWatchin

WWE is currently holding a poll on Instagram asking fans if this is the last they will see of Kevin Owens on the RAW brand after he “quit” during this past Monday’s episode of RAW.

Has The #KevinOwensShow officially been cancelled? #RAW

This week’s episode of Lucha Underground drew 83,000 viewers on the El Rey Network, down from last week’s 94,000 viewers.