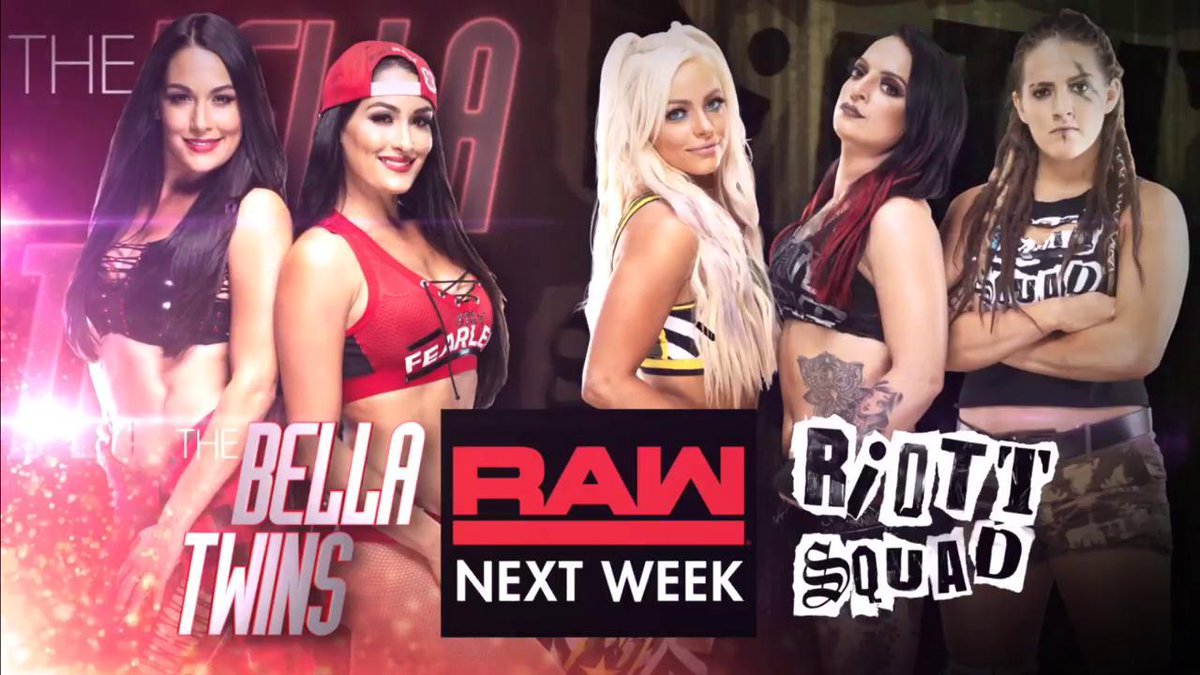 Maryse vs. Brie Bella at Evolution?

There’s been talk of a Maryse vs. Brie Bella singles match at the Evolution PPV on October 28, according to PWInsider.

They’ll be part of a mixed tag team match at Hell in a Cell next month, with Brie Bella & Daniel Bryan vs. Maryse & The Miz.

The Bella Twins will be wrestling on next week’s Raw, WWE announced.

– Shawn Michaels will appear to “give his take” on the Undertaker vs. Triple H match at Super Show-Down

– The B-Team vs. The Revival for the Raw Tag Team Championship

– The Bella Twins vs. Riott Squad

Tomorrow’s SmackDown match will be The Colons vs. Anderson & Gallows vs. The Bar.

The other triple threat match on next week’s SmackDown is expected to be The Usos vs. SAnitY vs. Rusev & Aiden English, according to PWInsider.