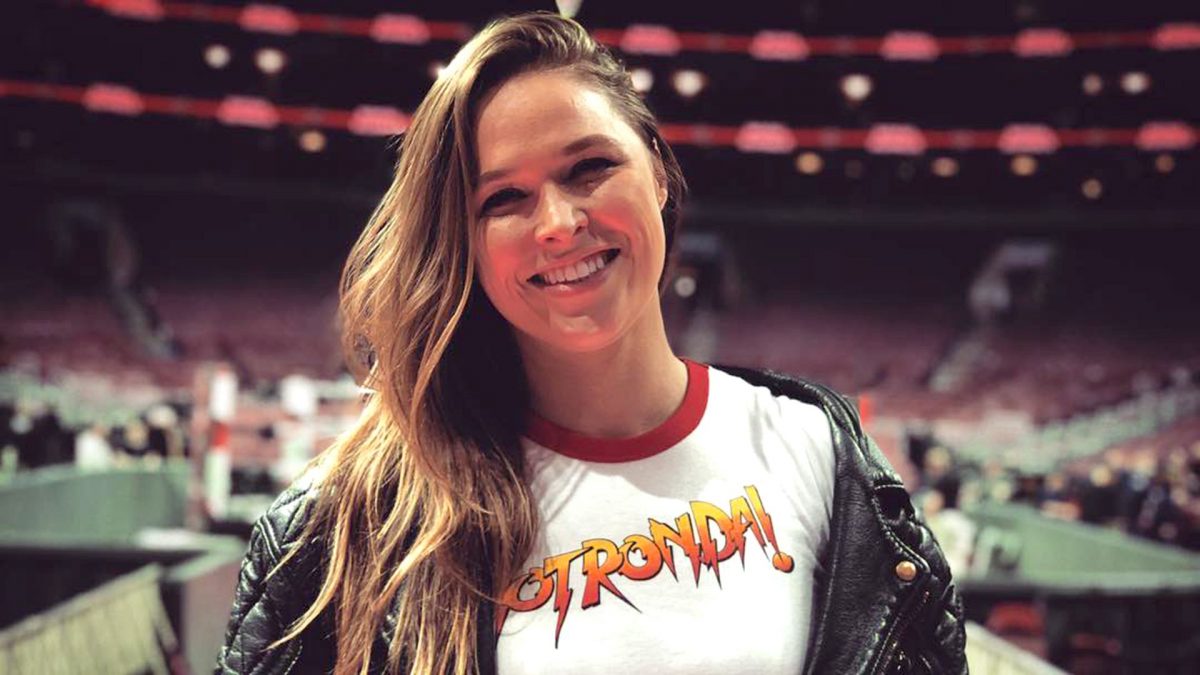 Ronda Rousey was on the Late Show with Stephen Colbert last night.

David Otunga bragged about how someone with a knife tried to steal things from his car, but Otunga’s muscles were so big that the guy ran away scared.

I had a close call last night when I was leaving the gym. Having just finished a killer shoulder workout, I was all pumped up as I walked out to my car. When I opened my car door, I discovered a man sitting in my driver’s seat stealing my things! I startled him just as much as he startled me and he jumped up in my face. In that split second I had a million thoughts running through my head as I assessed the situation: “Does he have a gun? A knife? It’s either going to be him or me who walks out of this, and it damn sure is going to be me!” So my reaction was to yoke him up! To my surprise, he responded by pleading to me for mercy! WTF?! He begged me not to hurt him and to let him go! He then frantically handed me back my AirPods, a portable charger, and an old bottle of lotion that had been in my car (Random. I know). I watched him scurry away terrified and then I noticed that in his haste, he left behind a knife sitting on the armrest. That showed me just how close I was to things possibly turning out differently as he could have easily used it against me. I couldn’t figure out why he didn’t use the knife and my buddy said to me, “Are you serious? Do you know what you look like in the gym? If you walked up on me with those muscles and grabbed me, I’d plead for my life too!” Lol. I guess my delt pump helped save my life last night 😏 (I’m still trying to figure out how he got around the alarm and electronic locks to get into my car in the first place. It sounds like an inside job, if you know what I mean.)