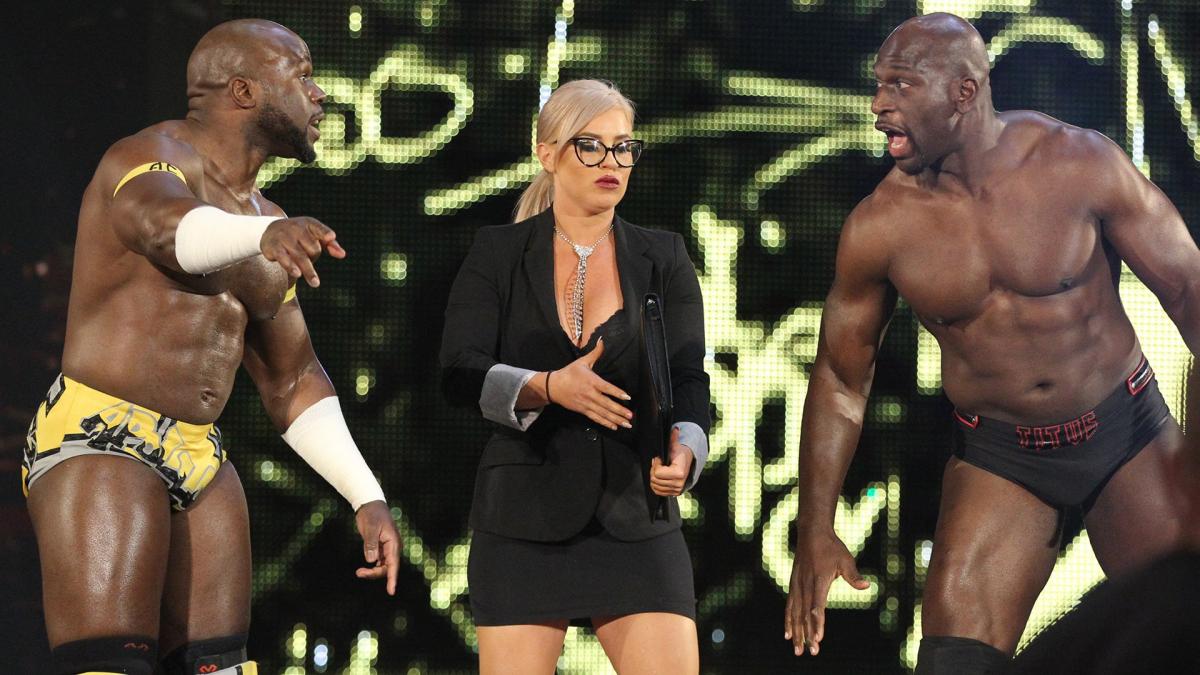 WWE taped an episode of “Table for 3” this weekend featuring wives of WWE wrestlers, including Reby Hardy, Kimberly Orton and Giovanna Angle.

We finally did it. The First WWE Table of 3 Wives episode. Had a blast with these beautiful ladies @kim.orton01 @rebysky stay tuned. Maybe you should be afraid boys @therealkurtangle @randyorton @matthardybrand 🤔🤣

WWE hinted at a possible Titus Worldwide breakup in a video they put out on YouTube and WWE.com. In the video, Titus is frustrated with losing and Dana Brooke tells him that he isn’t being a leader. Titus gets defensive and they start arguing, but Apollo Crews calms things down. In the end, Titus walks off frustrated and Dana Brooke stays behind with Apollo.