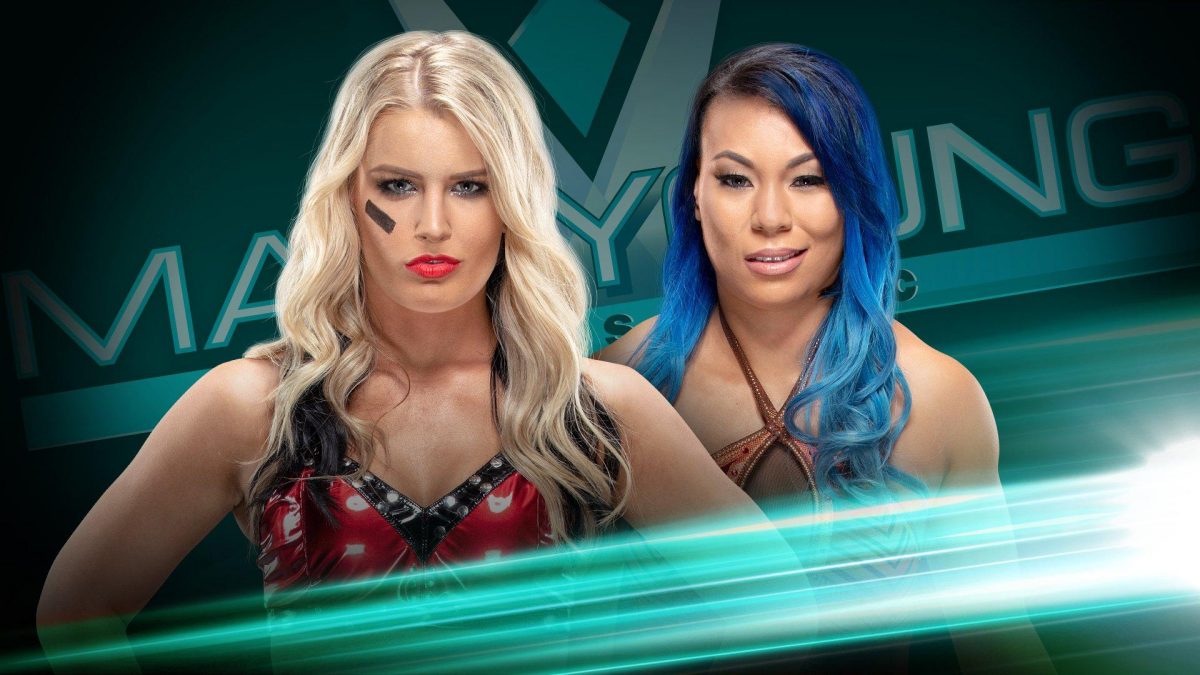 Lacey Lane won’t bust any more brackets in this year’s Mae Young Classic. The NXT up-and-comer, who shocked many observers with her spectacular Cinderella run into the Quarterfinals, met her match in Meiko Satomura.

Despite Satomura’s immense advantage in experience, Lane showed no deference to the Japanese icon and rejected a mid-match handshake, a decision that Satomura instantly made Lane regret by cutting her down with a devastating kick.

With her hometown supporters cheering her on, Lane rebounded to score a near-fall off a top-rope crossbody block. Satomura sidestepped Lane’s bicycle kick moments later, however, and demolished Lane with a Death Valley Driver to get the win.

Satomura embraced Lane after the match, acknowledging – as many WWE Universe members have – that Lane’s future in sports-entertainment is incredibly bright. In the near-term, however, all eyes remain glued on Satomura as she readies herself for the Semifinals.

To say Io Shirai and Deonna Purrazzo had each other well-scouted ahead of their Quarterfinal showdown would be a gross understatement. In a brilliant display of back-and-forth technical wrestling, The Genius of the Sky and The Virtuosa kept up with each other move-for-move, leaving the WWE Universe in complete awe.

Shirai took big risks, including a suicide dive and a springboard dropkick, while Purrazzo’s methodical mat attack threatened to eliminate Shirai from tournament competition. There was no closer call than when Purrazzo, after drilling Shirai with three consecutive German suplexes, locked in the Fujiwara Armbar in the match’s waning moments. Mustering all the strength she could find, Shirai came back from the verge of tapping out and countered with a crossface. Purrazzo escaped the hold, but there was no avoiding the knee strike that followed. Shirai then fired off a Meteora in the corner before taking flight with an Asai Moonsault to claim the hard-fought victory.

After heroically returning from a torn right ACL that caused her to miss last year’s Mae Young Classic, Tegan Nox entered this year’s event in search of redemption. Tragically, that quest ended in heartbreak and a new injury suffered by Nox during her Quarterfinal Match against Rhea Ripley.

The Girl with The Shiniest Wizard came out of the gates firing on all cylinders, but she hurt her left leg when she dove out of the ring and onto Ripley within the opening minute of action. Nox reassured the referee and ringside medical team that she could continue to wrestle despite the scare, and Ripley ruthlessly took advantage. Nox bravely fired back with hard strikes, but after being dropkicked by Ripley seconds later, she crumbled to the mat in agony.

The referee and medical personnel rushed to her side and determined that she could no longer compete. That prompted the official to award the win to Ripley, who will go on to face Io Shirai in the next round. Realizing that fate had cruelly intervened yet again, Nox wept openly, while Full Sail Live fell into a stunned and somber silence. As officials assisted her out of the ring, however, chants of “Thank you, Tegan” rang through the arena, making clear that whenever The Girl with The Shiniest Wizard returns to action, she’ll have the full support of the WWE Universe.

For a second consecutive year, Toni Storm is headed to the Mae Young Classic Semifinals. The NXT UK Superstar secured her spot among the final four tournament competitors by outlasting independent wrestler Mia Yim in a fiery battle that had the WWE Universe shouting “This is awesome.” Just because Yim lost the epic battle, however, doesn’t mean the WWE Universe has seen the last of The Blasian Baddie.

Storm’s path to victory was perilous. Yim, who had been dogged by a hand injury since round one, tormented The Lightning Down Under with a variety of strikes and submission holds. Storm slowed Yim’s momentum by kicking her bad hand and clobbering her with a headbutt. Yet, even that fury wasn’t enough to stop Yim completely, as The Blasian Baddie came back to blast Storm with a side suplex and powerbomb. Storm turned the tables for good when Yim attempted her signature move, Sole Food. She countered by attacking Yim’s right hand and dumping The Blasian Baddie with a quick-release German suplex, followed by the Storm Zero for the pin.

As Storm celebrated her monumental win, which propels her toward a Semifinal showdown with Meiko Satomura, the WWE fans showered Yim with chants of “Please sign Mia.” The pleas did not go unheard, as WWE.com cameras caught Triple H informing Mia Yim after the match that her gutsy performance in this year’s tournament would result in an NXT contract offer, all but guaranteeing Yim’s WWE journey is just getting started.