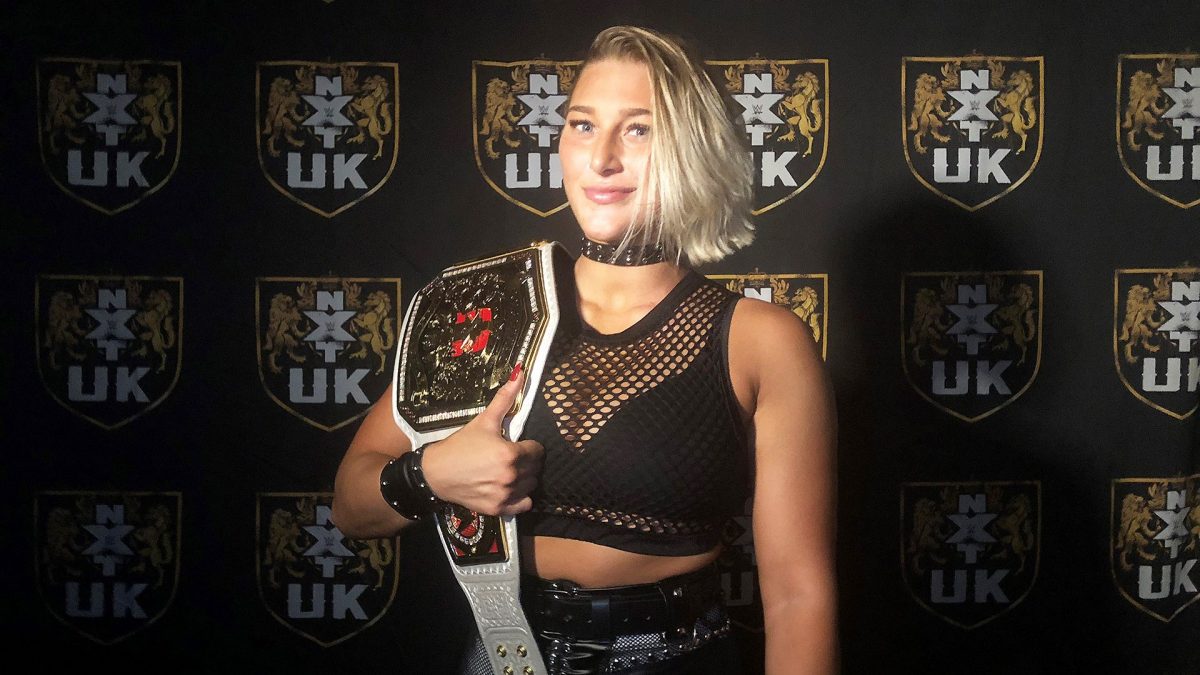 It’s not known if it’ll eventually air as part of NXT UK.

The NXT UK Women’s Championship was originally supposed to be defended on the PPV, but Ripley’s championship victory has still not aired on the WWE Network, which is probably why the match had to be scrapped. Ripley won the match in an eight woman tournament in August, defeating Toni Storm in the finals. That will air in the coming weeks.

In the first match of the evening at Evolution, Rhea Ripley defended her NXT U.K. women's championship against Dakota Kai. Fast-paced match, and a lot of energy from the crowd. https://t.co/9KzBmcd0q8 pic.twitter.com/8itUZX8eCT