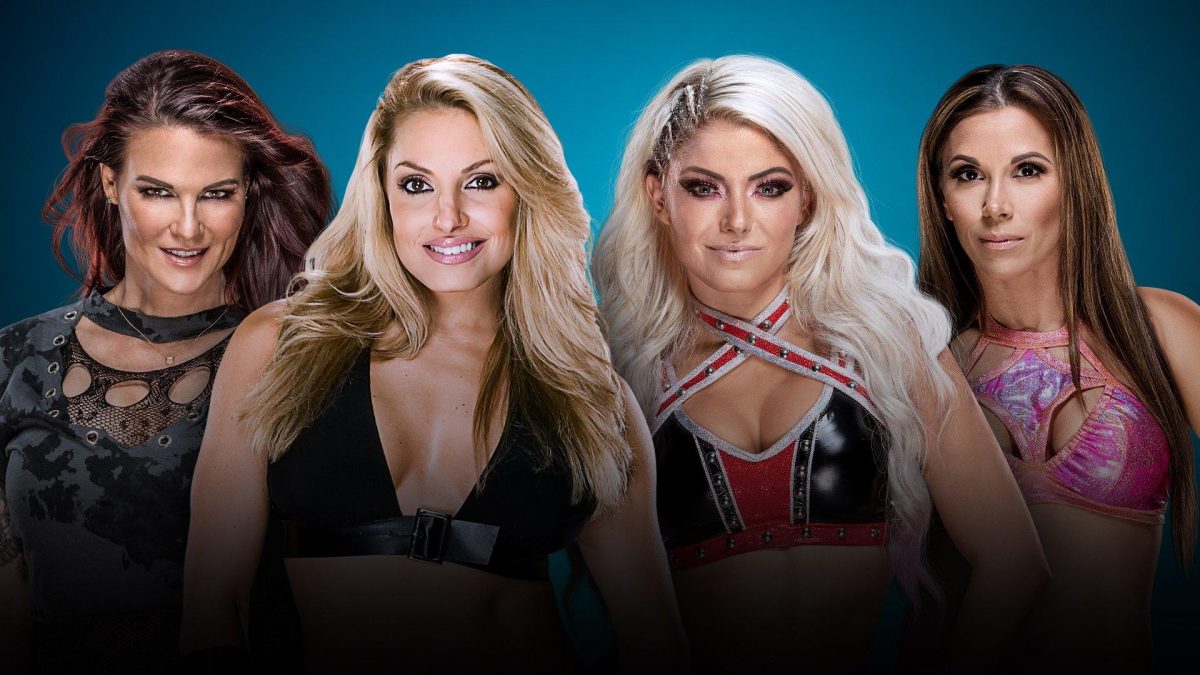 A tag team match with Alexa Bliss and Mickie James taking on Trish Stratus and Lita has been announced for Evolution on October 28.

There were originally two singles matches announced, with Alexa vs. Trish and Mickie vs. Lita, but those matches have been combined into a tag match.

Alexa Bliss is legitimately injured, so that may be one of the reasons for the change. Alexa has not wrestled since losing to Ronda Rousey at Hell in a Cell on September 16 and reportedly has numbness in her left arm. However, she has been cleared for minimal exertion, so she can do some things.