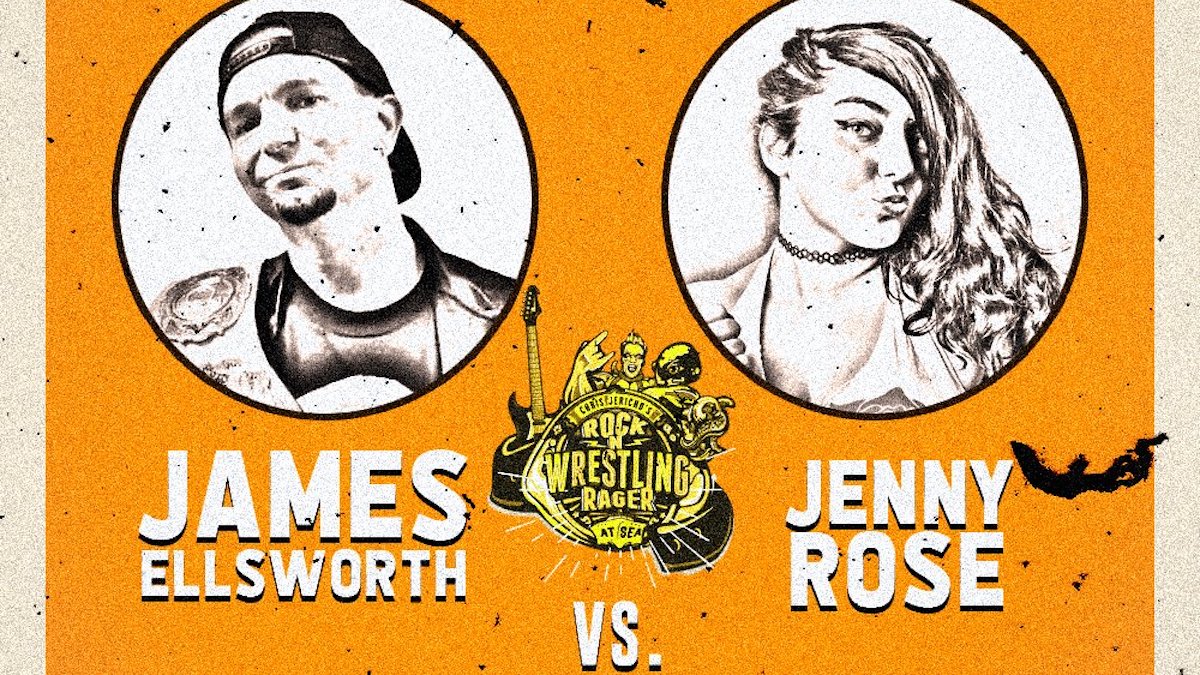 James Ellsworth will be defending his “Intergender Championship” against Ring of Honor’s Jenny Rose on Chris Jericho’s cruise later this month.

📣Hop on board The Ship of Jericho and bear witness to our Intergender Wrestling Championship match! Ready to see @realellsworth take on @jennyrose_jro? Then book your cabin on board today: https://t.co/Sb1g2fWVVY pic.twitter.com/IQxEcnt4oD

Battle Riot is described as:

A mash-up of a battle royal, royal rumble and anything goes street fight, this super-sized main event will feature 40 wrestlers with new participants entering the ring every 60 seconds.

Elimination is by pinfall, submission or by throwing an individual over the top rope.

Here’s more info on the show:

BATTLE RIOT II TO HEADLINE NIGHT 2 IN NYC THIS APRIL

Major League Wrestling (“MLW”) announced today that the league has added a second night to its return to New York City in April 2019 with a Friday April 5th card and TV taping at the Melrose Ballroom featuring the return of the 40-wrestler BATTLE RIOT®.

There will be special Night 1/Night 2 packages for fans looking for bundled ticketing options to ensure they have great seats both nights at a great price.

“We don’t price gauge. This is a big weekend for wrestling fans and we want them to enjoy it all,” said MLW CEO Court Bauer. “You won’t just get 2 great nights of MLW but you’ll get a great deal that allows you to come out to MLW while not breaking the bank for the rest of your weekend.”

While the Friday night card will now feature the 40-wrestler Battle Riot® as its main event, speculation continues to grow over what or who will headline the April 4th card.

“All I can say is… this is going to be a BIG one. How big? I’ve been working on this one for months. You won’t see this main event anywhere else anytime soon,” said Bauer.

Minutes from the center of Manhattan, the Melrose Ballroom is easily accessible by subway, car or bus.

What does the winner get?

The winner gets a World Heavyweight Title Shot anywhere, anytime! It could be that night; it could be in 6 months. The challenger has the key to unlock an instant title shot against whoever the champion is!