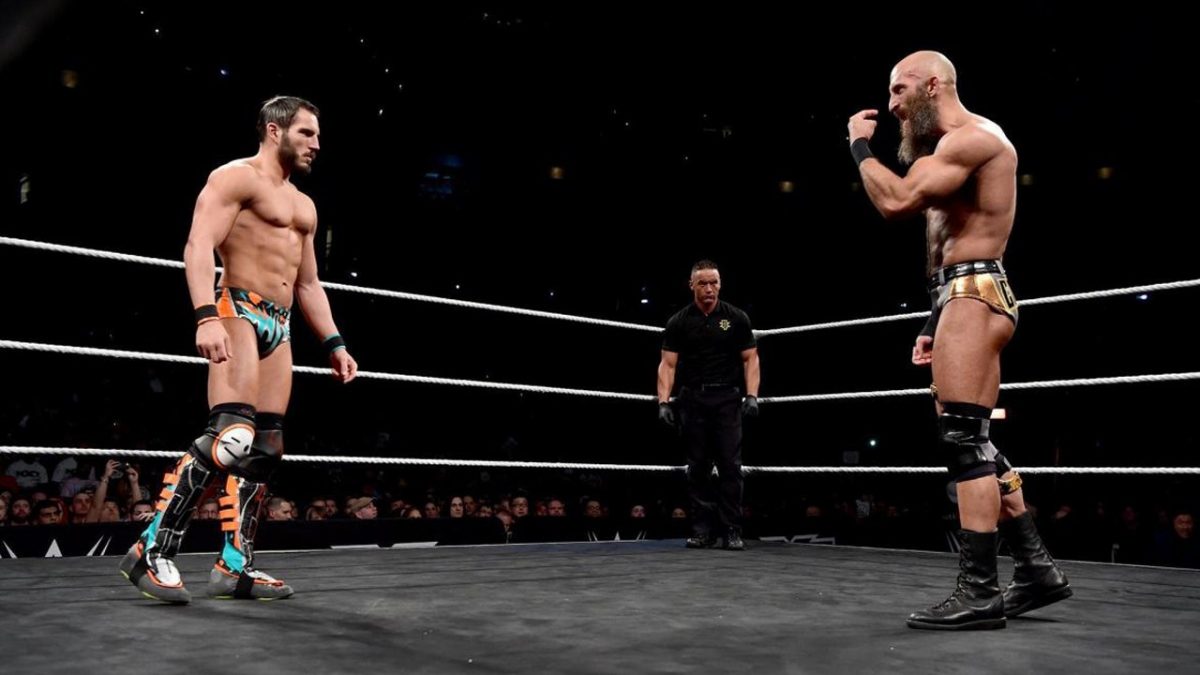 Two days before Takeover Chicago, where DIY would take on AOP in a ladder match for the NXT Tag Team Titles, I suffered a severe ankle sprain.

Within 24 hours the NXT fan base was prepared to replace me, suggesting replacement after replacement to tag with Johnny.

My eyes were suddenly open. The NXT fans are weak and fickle. They are pathetic.

Going into Takeover Chicago, Johnny knew better than anyone how I felt in regards to our “fans”. But his eyes were still closed…he was still blind.

That night, after we lost, I looked Johnny in the eyes one last time, and I knew… I knew he wasn’t ready to see the light.

Johnny was still blinded by the fake admiration of the NXT scum.

I never hated Johnny. I hated what he represented.

After last nights episode of NXT, it is clear, Johnny has finally seen the light.

Johnny Wrestling is dead. But Johnny Gargano has never been more alive.

“Carmella: My Daughter is a WWE Superstar”

Carmella’s parents look back at her father’s WWE career, raising a fabulous champion and more in the WWE digital series My Daughter is a WWE Superstar.

As mentioned yesterday, WWE/NXT wrestlers will be wrestling at EVOLVE shows for at least the next couple of months, including Mustafa Ali, Kassius Ohno and the Street Profits. That follows Velveteen Dream and Adam Cole, who also wrestled for EVOLVE recently.

Previously, the matches featuring WWE wrestlers were only for the live audience and were not broadcast on EVOLVE’s stream on Club WWN.

That will now be changing and every match, including those featuring WWE wrestlers, will now be streamed as part of the shows.

WWN/EVOLVE made the announcement today:

Orlando, FL – The Club WWN subscription service has constantly evolved since it was launched last January. The next evolution will start at EVOLVE 114 at 7pm EDT. this Sunday. Club WWN is only $9.99 per month.

Club WWN at WWNLive.com will now broadcast worldwide every match on every WWN Family event live! In the past, there were restrictions on certain matches. Those restrictions are now over.

Club WWN started as an on demand service last January. Since that time, Club WWN has grown to show all WWN Family events live, including EVOLVE, SHINE, WWN Supershow, FIP, Style Battle, ACW and more. Club WWN also features almost 500 VOD events from across the WWN Family with some of the biggest stars in pro wrestling.