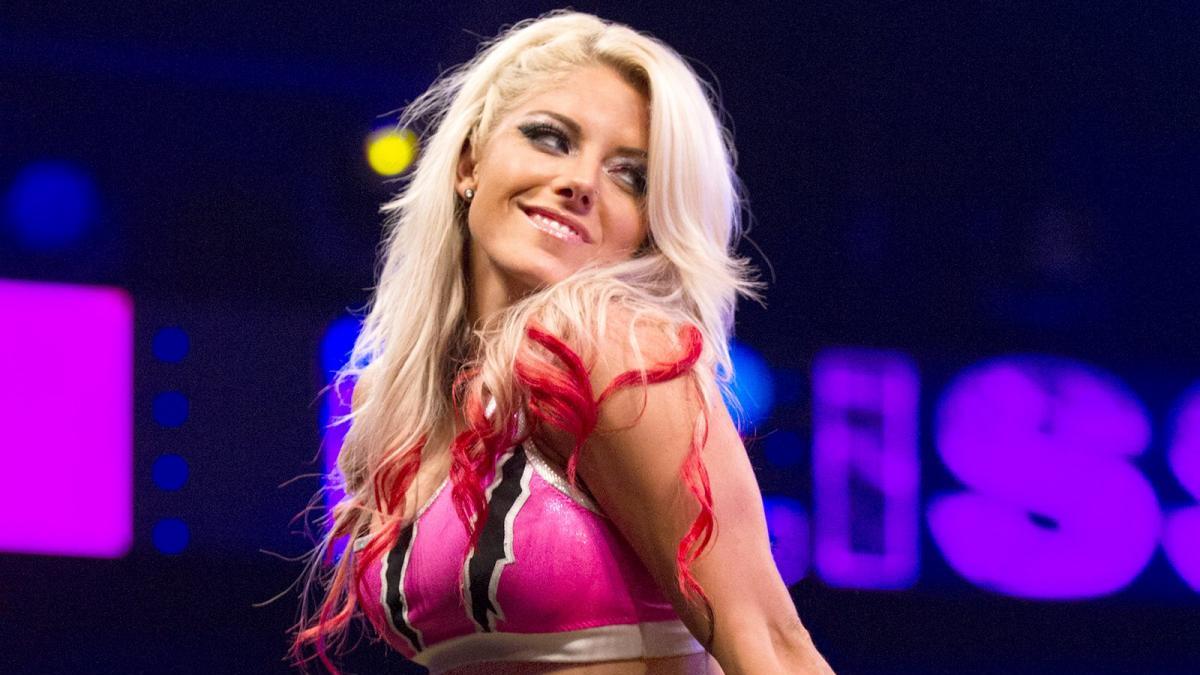 Alexa Bliss is currently dealing with an injury (possibly a concussion) that she suffered at a house show this weekend, which has put her match at Evolution in jeopardy.

Mickie James was interviewed today on Busted Open Radio and said that Bliss will “definitely be there on Sunday.”

“She’ll definitely be there on Sunday. I know she’s doing better. I try and talk to her every day and she’s getting better every day. Obviously, we all know this isn’t ballet and it comes with the territory, so as long as it’s what’s best for business and her long-term health and everything else like that. So I have no doubts that regardless we’re all going to be out there and it’s gonna be amazing, and it’s a pretty historic moment, especially for women’s wrestling, and it’s going to be great.”

"I have no doubts that regardless, we're all going to be out there and it's going to be amazing."@MickieJames gives an update on @AlexaBliss_WWE injury concerns, why @itsBayleyWWE would fit in well in her era & wanting to work with @SashaBanksWWE #RAW #WWEEvolution pic.twitter.com/eVYGrgTW3i

Chris Jericho said that his Rock ‘N’ Wrestling Rager at Sea wrestling cruise has sold out.

The cruise will take place this Saturday, from October 27-31.

It’s official… @jericho_cruise is SOLD OUT!! Thx to everybody who helped make this crazy dream come true! See u Sat!https://t.co/cgxVdL5tax

More NXT wrestlers will be wrestling at EVOLVE shows in the future and this is “the beginning of something grander,” according to PWInsider, though they didn’t specify what that means.

Kassius Ohno will also be wrestling at two upcoming shows:

Street Profits will also be wrestling for the EVOLVE Tag Team Championship against Chris Dickinson and Jaka this Sunday at EVOLVE 114 in Ybor City, FL.

In the past, matches featuring WWE/NXT wrestlers were dark matches and were not streamed online.