Enzo Amore Got Kicked Out of Survivor Series (Videos) 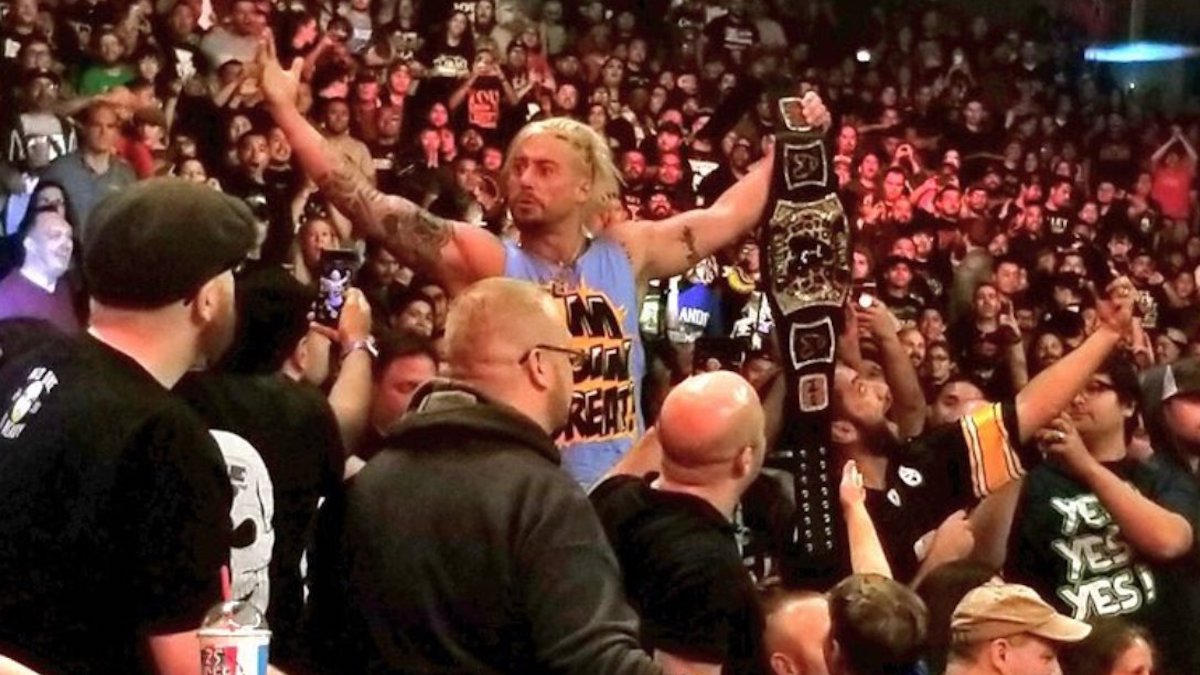 Enzo Amore “invaded” Survivor Series and got kicked out after standing up on his seat and doing his “bada boom, realest guy in the room” speech.

Enzo was sitting in the second row, camera-side, wearing a wig and hoodie and seemingly trying to stay low key for the first few matches. But during the AOP vs. The Bar match, he stood up on his seat and started to do his spiel. Some in the crowd started chanting “Enzo” and he was shoved off by a security guard and removed… Incredible…

Is Enzo wearing a wig and hoodie in the crowd at #SurviorSeries?!

If so, what is he doing and why? pic.twitter.com/5QhnDHOE4w

Bada Boom, Enzo Amore got thrown out the room.
How you doin'?#SurvivorSeries pic.twitter.com/xcE5FgCWRf

My video of the wrestler formerly known as Enzo Amore trying to interrupt #SurvivorSeries. @WWE security not having any of it. He is taken down quickly. pic.twitter.com/2jdRtOe36z

Bryan Alvarez of the Wrestling Observer said that Enzo was kicked out of the Staples Center and banned from returning.

PWInsider added that “there were some pretty angry wrestlers” backstage following the stunt.

Enzo downstairs with WWE and building security and LAPD at the moment. #SurvivorSeries

Enzo out of the Staples Center and banned from returning. #SurvivorSeries

Apparently you can’t vape inside the staples center. #HowYouDoin!?